The Anxiety Produced By the Passage of Time 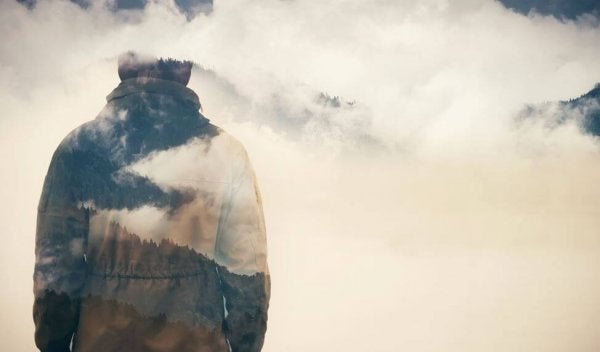 Time is always a crossroad of paradoxes. On one side, it’s still just an invention of the human being. It might be one of our most useful inventions but it is the one which has most enslaved us as well. On top of that, when we would like it to go by very fast, it goes very slowly. On the other hand, in moments of great joy, time simply flies. Seconds pass slowly in the emergency waiting room, yet they pass very fast at dinners with friends, where good atmosphere reigns.

The passage or existence of time can lead us to feel impatience, restlessness or even anxiety. Anxiety which also includes the participation of fear and anticipation. Because it is well known for all of us that we can’t control everything the future holds. And we also know it is highly unlikely that everything in our future will be positive. Life, no matter how cautious we are, will always give us some setbacks.

“The future belongs to those who believe in the beauty of their dreams.”
-Eleanor Roosevelt-

The watch that killed the miner

Let’s continue with a brief story. This story begins when several men got trapped inside a mine, with no possibility of escaping. Fortunately, they were capable of communicating their situation to the outside world and were waiting to be rescued. After evaluating the situation, they were told it would take less than three hours to clear a way out for them.

However, they realized that the same explosion which blocked the exit could make the roof fall down at any second. Fear could be seen on their faces due to the threat of a new landslide. They all are experienced miners and, thus, knew they could be buried under rocks at any moment.

There was just one miner with a watch. During the whole while, the other miners kept asking him for the time. But the chief miner noticed this situation increased the levels of anxiety for the whole group. Thus, he asked the owner of the watch to only indicate when an hour had passed. He begged the other miners to abstain from asking.

Finally, the rescue team gained access to the place where the miners were trapped. They rescued everyone alive, except for the miner who owned the watch. He had died from a heart attack.

What was the cause behind his death? He was the only one allowed to be in constant contact with the source of anguish. Therefore, he was the only one who reached disproportioned levels of anxiety. Paradoxically, time seemed to pass even more slowly for him than for the others. So much so that it ended up consuming his life.

“Nothing makes one age as quickly as the ever-present thought that one is aging.”
-Georg Christoph Lichtenberg-

What can we learn from this story?

We can learn that time is a shadow which stops when we stare at it and runs when we don’t pay attention. The miners who didn’t have a watch had to focus their thoughts on other things. Anything other than the movement of the hands of the clock. This way, they dedicated themselves to thinking about what they would do when they got out of there.

However, the only miner who died focused all of his attention on their source of anguish. Thanks to his watch, his mind couldn’t be distracted from the passage of the minutes. This caused his levels of anxiety to increase little by little, until it reached a level he couldn’t resist anymore.

We can choose whether we are miners with watches or not. We can decide if we want our mind to be constantly focused on the passage of time. Or, on the contrary, we can redirect our thoughts to more pleasant things and, above all, less distressing ones.

Link copied!
Interesting Articles
Psychology
Kindness Does Not Have to Be Above Assertiveness

Right now you might think "Really? Are you telling me that kindness can be a problem in a relationship? I'd…

Most of us have heard it said that human beings are rational animals. But is that really true? Studies about our…

Social phobia is an irrational fear that involves great discomfort towards the idea of social relationships. Those who suffer from…