Wanting to Feel Important and Admired by Others

Do you always want to feel important and admired by others? If so, read this article! 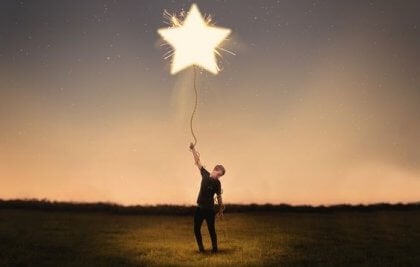 We all want others to think we’re special and important. This has nothing to do with being narcissistic or self-centered. In fact, it’s a completely legitimate and even healthy desire. However, wanting to feel important is different than actually being important. Actually, some people feel frustrated about not being important enough and, as a consequence, consider themselves ordinary and not special.

The problem isn’t the desire to receive recognition, awaken admiration, or be significant to others. Many times it’s not about wanting to feel important per se but what we understand as ‘important’. In other words, we all have our individual concept of what it is to be special to others. In addition to that, we also have our own expectations when it comes to other people’s opinions about us.

People talk about “being someone in life” and “being a nobody”. These expressions make us believe that many factors define existence. You’re either a “nobody” or “someone” depending on the way you live your life. To what extent is this true?

Buddhists and Lacanians say that the “ego” is a source of suffering. Despite the differences between both currents, they both agree on the fact that overly focusing on oneself doesn’t help us see beyond what’s before us. This, in turn, hinders our personal growth and leads to unhappiness. Our ‘ego’ has a huge appetite. And the more you feed it, the more voracious it becomes.

The truth is that although we may stand out in some things, it’s quite impossible to be the best at everything. Feeding your ego will lead you to basically always focus on what you lack and haven’t achieved. This, evidently, will lead to unhappiness.

Now, another plausible scenario is someone who has been exposed to harmful environments. For example, being surrounded by people who belittled, ignored, or rejected them in some way. As a result, it’s more than natural for them to have poor self-perception, self-esteem, and little-to-no self-love. In those cases, their desire for validation can be extreme.

Anthropological studies show that some societies only truly valued warriors. Others, however, punished men who didn’t maintain peace. For some, only those who showed signs of vigorous violence in front of others were able to be considered ‘someone’. The rest of them, in turn, were just ‘nobodies’.

That being said, should someone who’s peaceful by nature become violent just for the purpose of feeling important? Should warriors by nature have to become peaceful just to be idolized by the rest?

That’s precisely the trap your ego wants you to fall into. Our desire to feel important can sometimes lead us to deny who we truly are. Thus, we become someone else so that others approve of us. The question is… Is it worth it?

Shine with Your Own Light

In case you didn’t know, in the famous Oracle of Delphi, you can find one of Socrates’ most well-known phrases: “Know thyself.” Knowing oneself thoroughly is an act of self-love that everyone should carry out. Bear in mind that knowing oneself isn’t limited to just making a list of virtues and flaws, but understanding who we really are, including our story, fears, strengths, and weaknesses.

More than admiration, what we really need is acceptance, support, and affection. Now, this isn’t something that comes on its own. Actually, we sow it by accepting, supporting, and appreciating others. Valuing ourselves genuinely is what heals our ego and eradicates the desire to stand out at all costs.

Wanting to feel important is an ego trap. It only leads to frustration given that other people’s opinions are constantly changing. This admiration some long for doesn’t lead to happiness or true love. It fades quickly, in fact. Don’t let it fool you.

How Others See Us, How We See Ourselves
Do you see yourself how you really are or how others want you to be? This can seem like an insignificant question, but its ideal to reflect upon this topic. Read more »
Link copied!
Interesting Articles
Wellness
Dogs Don't Die, They Go To Sleep Within Your Heart

He never asked for anything in return. Only love that knows no selfishness, only a touch upon arriving home, a…

Bécquer will always be in style as far as feelings are concerned, because love and other emotions are universal. They transcend…

How can we define despair? We could say it's having no hope, feeling an inner emptiness, thinking that there is nothing left. Feeling like you're in a desert and all…

Being like bamboo means coming closer to the ancient wisdom of nature itself. It's understanding that taking care of your soul…