Sociometer Theory: How Important Are Others' Opinions of You?

How important are others' opinions of you? Although the answer may seem simple and you may believe that you don't care too much about them, the truth is that we seem to have a mechanism that controls this. 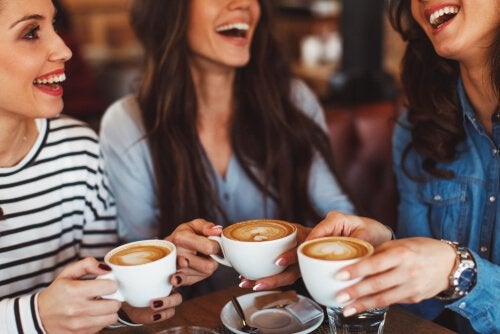 How much do you value others’ opinions? Usually, we tend to underestimate exactly how important others’ opinions are. However, although it may seem incredible, it’s likely that we have a mechanism that helps us adapt our behavior to that information. To delve a little deeper into this matter, today we’ll talk about sociometer theory.

This theory talks about a psychological mechanism that helps you minimize the likelihood of rejection. Likewise, it’s also closely related to self-control while in the company of other people.

This regulatory mechanism seems to respond to changes in relational value. It provides a framework to analyze phenomena such as self-esteem and sensitivity to rejection. Also, it may help us understand personality disorders and many of the reactions people have towards others.

This psychological indicator can even provide valuable information on what happens when people practice self-control in a dysfunctional way. This form of self-control could further damage their relationships with other people.

The evolutionary bases of sociometer theory

Baumeister and Leary developed the sociometer theory of self-esteem. Gardner, Pickett, and Brewer expanded it further. Namely, they based their research on the idea that human beings are practically incapable of surviving and reproducing without social relationships.

This monitoring system alerts the individual to possible changes in their inclusion status or any decrease in social acceptance. In other words, this relationship status scanner is what motivates you to act in a certain way to repair damaging situations to your relationships.

Likewise, it also alerts you to any behavior that could endanger your social bonds. In short, human beings have developed a psychological mechanism that monitors the person’s indirect visual environment in search of clues that are relevant to the relational value of the person in their environment.

According to sociometer theory, self-esteem is an indicator of the quality of social relationships. When people behave in ways that lead to rejection, their self-esteem will suffer. On the other hand, if they maintain behaviors that consist of positive emotions, their self-esteem increases. Therefore, we could say that self-esteem has an important emotional component.

Nature has given us an alarm system that signals things it wants us to avoid through pain. In the same way, it signals the things we should keep doing through pleasure. When a person’s needs aren’t being satisfied, unpleasant feelings manifest to make the body react and repair the situation that is unpleasant or threatening.

Similarly, emotions serve to alert you about events that can affect your well-being.

How does this monitoring system work?

This monitoring system seems to act unconsciously. It does so until it detects that the relational value is low or decreasing. At that moment, it forces the individual to consciously consider the situation. If a person has experienced rejection recently, they’ll be more sensitive to what other people think of them. If that’s the case, they’ll dedicate more cognitive resources to thinking about their social situations.

In fact, this theory maintains that self-esteem is an indicator and, therefore, that it wouldn’t make sense to act on it. Pablo Malo, a psychiatrist, compared this phenomenon to a car’s fuel gauge:

“For a person with low self-esteem, wanting to raise it, per se, would be like wanting to move the needle of a car’s fuel gauge to get more gasoline. But in reality, if you want to get more gas in the car, what you have to do is fill the tank.”

Social Dramaturgy: How We Develop Masks to Interact
Social dramaturgy focuses on the study of human behavior and on the rules that control our daily interactions. Read more here! Read more »
Link copied!
Interesting Articles
Culture
The 8 Ways to End Suffering According to Buddhism

Culture
Tips on How to Take Care of Your Neck

Neck pain is one of the most common problems of the general population. In most cases, the discomfort is muscular…

I am sure that you have at some point felt curious to know your level of intelligence. The most recent…