Von Economo neurons have been found to be crucial in making quick intuitive judgments about many of the things that surround us in our daily lives. 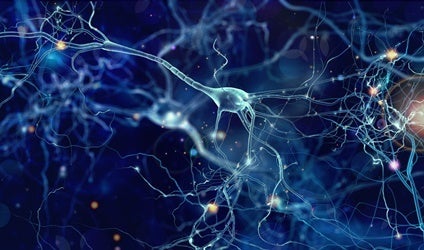 Von Economo neurons (also called spindle neurons) are only present in the brains of humans, bonobos, chimpanzees, gorillas, whales, and elephants. Santiago Ramón y Cajal defined them as giant spindle cells and as one of the brain’s most interesting structures. They’re related to social behavior or the sense of self.

Most of us have heard of mirror neurons. Curiously, however, von Economo neurons aren’t as well known, despite their undeniable significance in our behavior. They help us to make decisions, shape our identity, raise the fabric of consciousness, and even provide that exceptional sense called intuition.

It’s a striking fact that, out of the 100 trillion neurons in our brain, only about three hundred thousand are von Economo neurons. However, they’re up to three times larger. On the other hand, much of this data has been discovered in recent decades thanks to advances in functional magnetic resonance techniques.

Neurologists also claim that the lineage of this unique cell originated 15 million years ago with a common hominid ancestor: Dryopitecus. Another interesting fact is that these cells already appear in the human brain when the fetus reaches 36 weeks of gestation.

In recent years, von Economo neurons are becoming more relevant in the area of cognitive psychology and neuropsychiatry because they’re found only in animals with superior cognitive and social behaviors.

Von Economo Neurons: what they are and where they’re found

The first description we have of von Economo’s neurons is from 1925. Austrian psychiatrist and neurologist Constantin von Economo introduced them to the scientific world with his work Atlas of Cytoarchitectonics of the Adult Human Cerebral Cortex. He detailed them as spindle-shaped elongated neurons (fusiforms), with a size that quadrupled that of a pyramidal cell (they can reach 70-100 µm).

Sometime later, Dr. von Economo published a new study that provided more information. He pointed out that it was indeed a new cell that hadn’t previously been discovered. It didn’t respond to any type of pathology, it was specialized, and was located in the insular gyre.

As striking as this discovery may seem, it didn’t acquire great significance at the time. In fact, it wasn’t until the 21st century that neuroscience, psychology, and psychiatry focused their attention on it. The reason? They only appear in animals with superior cognitive and social functions.

Neurologists John M. Allman and Nicole A. Tetreault of the University of California conducted a study in 2011 to provide new data on von Economo neurons.

As we pointed out earlier, this type of neuron appears in fetuses from the 36th week of pregnancy. However, their greatest development takes place in the first eight months after birth, accumulating to a greater degree in the right hemisphere.

The fact that von Economo or spindle neurons appear only in humans and in animals with more complex social processes gives us a clue as to their relevance. For example, experts speculate that they’re characteristic of larger brains with more complex executive functions. They could be the key to understanding, among other things, the evolution of the human species and the emergence of the entity we call the “mind”.

A University of Iowa study (Allman, Watson, Tetreault, and Hakim, 2005) showed that the brain attends to information and makes decisions at a faster rate than our consciousness can process. So, dimensions such as what we call “intuition” or mere “hunches” are actually very complex neural processes.

Scientists have discovered, for example, that von Economo’s neurons are crucial when making quick judgments based simply on our intuition.

Scientists have called von Economo neurons the orchestra conductors of our brain. Thanks to them, the whole complex neuronal universe is in harmony. They monitor processes, direct thoughts, and help us focus. In this way, over the years, it integrates our sense of self, as well as our own consciousness.

If there’s one thing we know about spindle neurons it’s that they’re very large compared to other neurons. This allows them to spread out and occupy many areas of the brain. So much so, that they’re key in emotional processing. The insula also contains a large number of von Economo neurons.

This implies a number of things. The first is that it helps us to attribute an emotional imprint to everything we see. The second is that it deals with empathy and those more “social” emotions, such as shame, love, trust, or resentment.

The abnormal development of spindle neurons is related to the appearance of several disorders. Psychotic behavior, characterized by a distorted reality, is a clear example. In addition, disorders of thought, language, and behavior (where social anxiety or a desire to be alone also appear) would have their origin in this factor.

On the other hand, it’s important to know that people with Alzheimer’s, schizophrenia, or an autism spectrum disorder have a deterioration in this type of neurons. Something that has really caught experts’ attention is the fact that people with suicidal tendencies have high numbers of them.

As we can see, this is extremely relevant information, with vast implications. Neuroscience continues to give us more and more answers and, in turn, new ways to treat many of these disorders and situations. Watch this space for more information about this type of neurons that, in some way, define what it is to be human, and, in turn, shows us what incredibly complex beings we are.

Mirror Neurons and Empathy: The Wonder of Connection Mechanisms
Mirror neurons and empathy are one of the most fascinating processes in all of neuroscience. These processes allow us to notice the emotions of others... Read more »
Link copied!
Interesting Articles
Brain
Characteristics of the Cerebral Ventricular System

The nervous system is sort of like an orchestra conductor. Its various parts interact with one another and are responsible…