Valentine's Day: Who Was the Real St. Valentine?

By the looks of it, the story of Valentine's Day has more to do with legend than reality. However, in most parts of the world, people still commemorate February 14th and celebrate it in style. 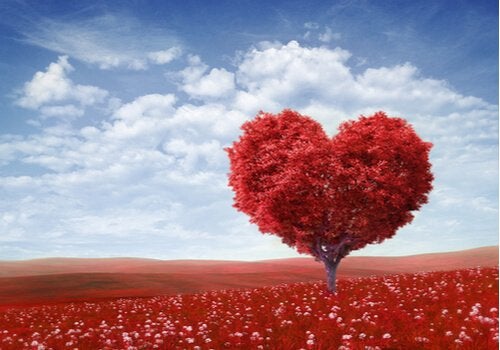 Valentine’s Day is celebrated around the world on February 14th. People consider it to be the day of love. It’s a special day of the year during which couples exchange gifts as a sign of their love.

Special events take place on this day all over the world. In several countries, there are parties where single people try to find a partner. In other countries, people celebrate love. For example, in the Philippines, they’ve been holding a “longest kiss” contest for several years.

“Being deeply loved by someone gives you strength, while loving someone deeply gives you courage.”

The truth is that no one knows for sure. Three possible martyrs gave rise to this celebration. However, everything seems to indicate that the celebration had its origin in a saint of the Roman era.

The origin of the Valentine’s Day celebration

It seems that the origin of the Valentine’s Day festival was a three-day Roman festival, known as Lupercalia. It was a celebration in honor of the gods of fertility, which was held in mid-February to celebrate the official start of spring.

During that festival, there was an activity in which young men randomly chose a girl’s name. The girl they chose was to be their girlfriend during the festivities and quite often these relationships ended in marriage. With the gradual rise of the Catholic Church, one of its goals was to eradicate these pagan festivals. It wasn’t easy, though, considering they were deeply rooted in tradition.

Thus, Pope Gelasius I, in 494 AD, decided to associate the festival with the name of a saint, Saint Valentine. He decreed February 14th as the official date for the tribute. However, he didn’t record exactly which Valentine he was referring to, as there were three by then. One was a Roman convert, another was a bishop, and the other a martyr from North Africa.

The most likely Valentine’s Day

Most likely, Pope Gelasius wanted to pay tribute to a martyr from the second century of our era. There are two stories that we can associate with this saint. One story is that he was a Roman physician who converted to Christianity and became a priest.

His story took place in 270 A.D., around the time when Emperor Claudius II forbade young people to marry. He figured that, if they married and had children, then they wouldn’t be good soldiers. Valentine, the converted priest, believed that this measure was unjust. Therefore, he decided to celebrate young people’s marriages in secret, defying the emperor’s order.

Claudius II learned of the priest’s “transgressions”, thanks to rumors that reached his ears. So, the emperor sent for him and the saint took the opportunity to speak to him about his faith. Apparently, he listened well to the saint, but the governor of Rome plotted against him, and, finally, the emperor ordered him to be beheaded.

Another version of the story

Another version of this story tells of a doctor turned priest who also celebrated weddings in secret. However, the difference in this story is that, once he was discovered by the emperor, Valentine was confined to a miserable cell. While there, he met the jailer’s daughter, who took care of him and accompanied him in that difficult time.

In the end, Valentine fell in love with the girl, but, just then, the order came from the emperor to have him beheaded. He barely had time to write a note for her, but he managed to find time to declare his love for her and signed the note “Your Valentine“. This was said to be the origin of the first ways of celebrating this festival, which was basically people writing love letters to each other and not much else.

However, it wasn’t until the 19th century that Valentine’s Day acquired many of the current characteristics and traditions. Esther Howland, the daughter of a bookseller, who was impressed by an English Valentine’s Day card, had a lot to do with this. She designed several of them and asked her brother to include them in the catalog as he went selling around the United States. The idea was a resounding success.

In addition, in 1913, the now-famous Hallmark Cards, from Kansas City in the United States, decided to carry out a mass printing of cards with messages of love, which they called “Valentine’s cards”. Ever since then, the festival acquired the characteristics we most associate with it today.

The Myth of Medea, a Sorceress in Love
The myth of Medea is about the witch archetype, she's an autonomous woman, ruled by her great passions and with a great capacity to make decisions. Read more »