Does Exaggerated Romanticism Make Us Unhappy? 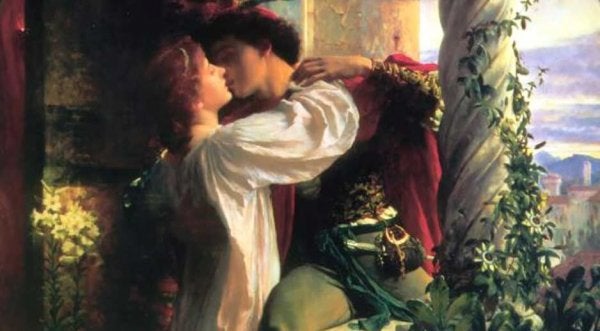 There’s a kind of exaggerated romanticism that’s been with us for so long we’ve accepted it as truth. But it has caused problems in our relationships and pushed happiness farther and farther away. It works through the beliefs we have about how love should be, and what perfect relationships are like.

One example of it is the belief that we should base healthy love purely on feeling. It’s about letting our heart guide us and having intense feelings about the other person.

But, we don’t usually question the fact that sometimes we fall in love with people who give us nothing, or even harm us. Because even though we might be loving someone who’s wrong for us, does the love we feel justify everything?

We can identify exaggerated romanticism with a specific set of beliefs about love. You will very likely identify with some of them. That’s because this is the kind of romanticism we see in movies, music, and marketing, among other things.

Expectations are a huge part of exaggerated romanticism. When we start a relationship, we hope certain things will happen. At the same time, we hope our partner will act a certain way, and over time we’ll find out it’s not all how we thought it would be. The contrast between reality and expectations is what leads to dissatisfaction in relationships sometimes.

It’s also common that after the infatuation phase, where everything is perfect and wonderful, we see everything our partner as negative. How can it be that someone who seemed perfect to us could be so imperfect almost every day?

The reason is that during this phase our attention focuses, very easily, on the “bad” side. Or at least it focuses on what we like least, which can put the relationship in danger. Also, this is all heavily conditioned by the expectations from the beginning.

Another belief in exaggerated romanticism is the idea that the other person has to make us happy. To do that they have to do specific things we’re hoping for in order to please us.

In essence, we make our partner responsible for how relationship goes. Therefore, if it’s not going well, we put all the blame on them. In other words, there’s a certain amount of dependence.

Along with everything we’ve talked about, exaggerated romanticism also means couples “should” have certain characteristics and behaviors. For example, being together as often as possible, always showing affection, giving gifts on Valentine’s Day (if it’s a random day, it’s not as important).

But things might change in the relationship (less sex or fewer signs of affection). This could be a crisis for the couple because they might assume they’re on their last leg.

With exaggerated romanticism, there’s a very low level of emotional processing. This is because of imposing, false beliefs like keeping up an over-the-top kind of love.

Let’s think about what happens when we don’t like something. Instead of communicating it to our partner, we might say nothing because we think we should never argue. We do it until we can’t take it anymore. Then our emotions and feelings explode.

Exaggerated romanticism is based on a mutual range of needs, instead of what the word “love” really means. Both people sign a silent contract where the other person has to bring security, happiness, and everything they need.

They also have to know what the other person thinks without them needing to say anything. In exchange, people completely invest in the relationship and forget about themselves.

This over-the-top belief about love makes it so anything that might happen is the end of the world. An argument, forgetting about a special day, looking at someone attractive on the street, wanting to spend time with friends…They’re circumstances that come up in other kinds of relationships and aren’t a problem.

Exaggerated romanticism promotes the idea that happiness or unhappiness comes from the partner. So our mood depends entirely on that person.

As we’ve seen, a romanticized view of love can sink us into harmful relationships, where there’s suffering instead of enjoyment. That’s why it’s important to start questioning our beliefs making us feel an over-the-top, crazy, catastrophic love.

My Mistake Wasn’t Loving You, It Was the Expectations I Had
and instinctive. However, even if you don't regret it, it hurts to love someone who doesn't deserve it, someone who didn't meet your expectations. Read more »
Link copied!
Interesting Articles
Psychology
An Optimist's Brain Works Differently

An optimist's brain focuses, processes, and understands reality in a different way. This ability to see a ray of light where…

The benefits of folic acid for your brain are extraordinary. This folate, also known as vitamin B9, improves the effectiveness…