Many claim that marriage is in decline, but that's not exactly what the latest findings show. Find out all about millennials and marriage in this fascinating article. 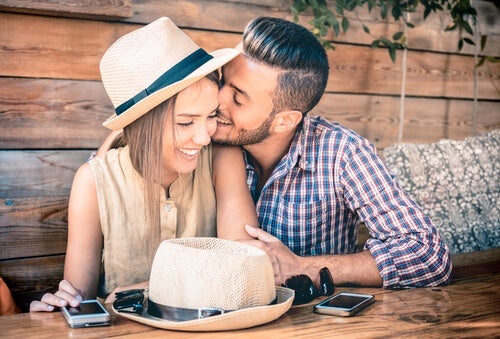 Those who think that famous question “Will you marry me?” will end up disappearing will have to think again when they read this article! Marriage isn’t going to disappear. However, it will be facing some big changes that we’re going to analyze in this article. Keep reading to discover the latest trends regarding millennials and marriage.

Marriage isn’t in decline, it’s simply happening later on in life. This is what the latest statistics seem to indicate as some specialists have been investigating the relationship between millennials and marriage.

Our new generations haven’t ruled out the idea of ​​getting married; they’ve just changed the “how” and “when”. Millennial couples believe in marriage, but they consider that an average of six years of relationship before marriage is a wise option.

The previous generation of young people had begun to extend this time, and it seems to be an upward trend for millennials as well. This period of getting to know themselves and their partner seems to be becoming one of the new pre-marriage guarantees.

After all, many millennials have come from families separated by divorce. This may well be their way of wanting to be sure they don’t have to go through such a difficult situation in their own marriages. Financial issues also seem to be key in their decisions to commit to each other and get married.

Gone is the “For richer, for poorer”. Our young people want to develop and establish their professional careers first before starting a family. Some people believe this is a selfish way of looking at things. However, the truth is that it’s a fairly responsible way to bring their future offspring into an increasingly competitive world for children and their parents.

What do statistics say about millennials and marriage?

Basically, what the statistics published in The New York Times tell us is that young people are waiting longer to get married. In the United States, the average age to marry was 30 for men and 28 for women in 2018.

The statistics also show us that the percentage of people who decide to marry has fallen among young millennials by almost 25% since the 1970s.

Unlike what used to happened decades ago, young couples these days spend more time consolidating their relationships. They often decide to live together for a while before getting married. Statistics also reveal that most people who earn less than $30,000 a year consider that their financial situation is what slows them down the most when considering the decision to commit to someone emotionally.

Things are better than they may seem

Although the statistics could be considered discouraging, we need to take a closer look. On closer inspection, it shows us that these big changes are bringing about a sense of responsibility in the relationship between young millennials and marriage.

According to researcher Stephanie Coontz, when young millennials reach middle age, 80% of them will have married. These are approximately the same figures as 50 years ago. However, as we’ve already mentioned, what has changed is the age people decide to get married.

One of the factors that seem to be influencing marriage decisions in a major way is women’s changing roles in recent decades. Unlike their mothers and grandmothers, this generation of young women hasn’t been brought up to marry.

For the first time in history, women are changing the idea that getting married is their main purpose in life. Instead, they’re looking to have better quality marriages. When they decide to take that step, they look for partners who can guarantee them happier and longer-lasting marriages.

The research also shed some light on the fact that marriage has partly ceased to be the only way society defines what a serious relationship is.

For those who are quick to criticize, there are some interesting statistics. Marriages between millennials do seem to be better, even though they marry less often. In fact, between 2008 and 2016, the divorce rate has decreased by 18%. This is data provided by another study that was conducted by Phillip Cohen of the University of Maryland. The author of the study concluded that millennials are adopting an increasingly selective approach to marriage.

Their goal is to differentiate between romantic relationships and marriage, which aren’t always the same. They seek greater stability with their partners, longer-lasting relationships, a more rewarding living experience, and financial interdependence.

We’re facing many cultural and social changes. The institution of marriage isn’t losing value among young people. However, it’s being looked at and valued in different ways.

Marriage Crisis: 3 Tips to Help You Overcome It
Overcoming a marriage crisis isn't easy. Love stories, happy people, and seemingly perfect relationships surround us. Find out more in our article! Read more »
Link copied!
Interesting Articles
Romantic Relationships
A Love Letter - Thanks for Being You