Using Humor as a Go-To Mechanism for the Bad Times 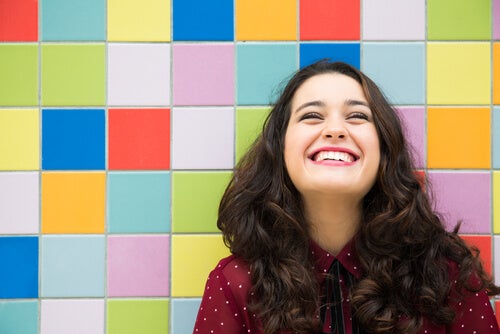 Humor, even if it doesn’t seem like it, can often be a defense mechanism for the stressful or difficult situations most of us go through. It brings color to darkness, puts a smile on our faces in the hard times, and can be infectious. It sounds like the perfect cure, doesn’t it?

Defense mechanisms are strategies we use to confront unpleasant internal or external situations. It’s sort of like their power is to shrink that “evil” monster that’s come to stay. It could be sadness from losing a loved one, anger from a recent breakup, or being diagnosed with an illness…

Our defenses work against stress by trying to make it smaller, more harmless… Not as scary or unknown. Sometimes these defense mechanisms can make you forget your suffering or help you shift around the sources of it in your life. The bubble of fresh air that humor brings to your interior world is so huge that it could even seem like you’re doing okay, like there’s nothing that can bother you.

Humor helps you get away from uncomfortable realities

You’ve probably met someone who talks about serious or important things with a smile on their face. It’s the kind of smile that turns into that small, nervous giggle that leads  to a burst of laughter. But there’s something here that doesn’t fit… while you listen to that person you can’t stop thinking about how something isn’t right.

How can they be telling you something you assume is important/serious for them, and be laughing? If you stop and think about it, there are a lot of people who, when they’re talking about something that’s not exactly fun, they laugh about it. It’s the kind of laughter you can tell isn’t genuine… It seems more like a soul shouting out because it doesn’t know how to express itself than true laughter. Than the real kind of laughter, the kind that comes from a happy soul. It’s more of the kind of laughter that seems like an interference.

We can usually spot a disconnect between what and how someone is telling us something. This helps us figure out how serious the issue really is. There are people who don’t go much deeper and stick, in the global count, with that laughter. “Well, if they’re laughing it must be because it doesn’t affect them! I’m sure they’re fine.” But the truth is that something doesn’t seem right. That’s because when what we say doesn’t line up with how we’re saying it, there’s something wrong.

The discomfort of trying to be listened to and accepted, not rejected

This is where humor plays its role as a defense mechanism against an reality that’s hard to accept. Humor warms us up, and a lot of the time it can act like a helpful balm that helps us adapt in a lot of social situations. The problem, like everything else, is when it becomes your only way of confronting a situation. “Defending yourself” from it, struggling against it. Not accepting it or taking it as it is.

There are some realities that are truly nauseating. Accepting them comes along with a deep internal change. And the best way to get away from them is by denying them. You push them away from your consciousness or minimize them… You make them so small they barely exist. Not confronting something, as uncomfortable as it may be, means moving away from who you really are.

Both comfort and discomfort are a part of life, and you can’t get rid of either one of them. The “cure” doesn’t come from denying things that make you uncomfortable. The cure comes from acceptance… and in that sense if you want to accept something you have to look inside yourself and start off with some respect for whatever you find. When you don’t respect one of your experiences and make a caricature of it until it totally dissolves, you make it so the other person won’t take you seriously.

If you don’t take yourself seriously, you’re telling the other person not to either

You can “teach” the other person to respect you or not. The less you respect how you feel, choosing humor as your first mechanism to move away from YOUR reality, the harder you’ll make it for the other person to respect your most intimate experiences. You’re showing them that they can laugh and not take you seriously. That what you’re talking about isn’t important because it “doesn’t bother you.” But it actually DOES bother you, it’s just so painful or uncomfortable that your first reaction is to push it away.

That’s why it’s important to identify these contradictory signs of what someone feels and what they put out there, what they say and how they say it… This contradiction will give you a hint of how to help that person feel more comfortable with their discomfort.

Sometimes the easiest thing is to just listen to what they’re really trying to tell you without getting lost in the masks and caricatures. That person probably wants to be listened to without being judged. They just need to hear “it’s okay if you’re not okay and you can talk to me about it if you need to.”

Humor Makes Us Happy and Happiness is Contagious
Laughter and endorphins go hand in hand. But why neglect nature's wonderful painkiller? Isn't it time to balance tragedy with humor? Read more »
Link copied!
Interesting Articles
Psychology
Asking For Help: How Can We Know The Right Time?

Psychology
Get Out of Your Mind and Live in the Present

Do you live in your mind or in the present? Although this question might seem strange, we end up missing out…

Psychology
What If We Teach Our Girls to Be Brave Instead of Perfect?

The girls that we see today in parks and at their school desks, are the women of tomorrow. But, first they…