When We Use Silence As Punishment 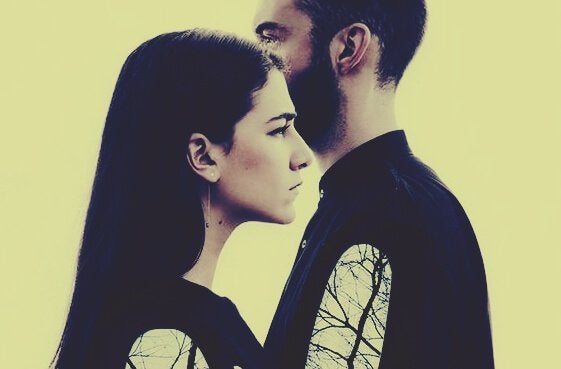 Sometimes we use silence as punishment and not speaking to someone is an escape a lot of people turn to in order to “express” their anger, disapproval, or reproach. How efficient could this method be for overcoming a problem or getting someone to change? What’s the meaning of a decision to avoid words when someone has a burning resentment inside them?

Starting a dialogue with someone isn’t easy, especially if there’s a conflict that seems impossible to resolve. But if instead of addressing the issue directly, what they do is stop speaking to the other person, the only thing that achieves is adding another tension. On top of the unresolved dispute there’s a also a limbo that can turn into a true incubator of poison.

A lot of people, though, don’t have an actual desire to resolve the conflict through dialogue. What they want is for the other person to submit to their point of view. So then they use silence as a punishment, so the other person will give in. In the end it’s a childish attitude, and the worst part is that it doesn’t solve anything. That’s it right there, it gratifies their ego.

The Reasons for Using Silence as a Punishment

There are all kinds of arguments to defend the idea that not speaking to someone is valid. What they’re really looking for is a punishment. For the other person to understand there’s a reproach in that absence of words. But why not say it, instead of communicating it through silence? These are the main reasons put forth by the people who go for this method:

In all these scenarios they assert that silence is the best option to get through conflict. For one reason or another, they see words as inefficient. So they make the decision to stop speaking to someone so that it’ll be seen as a punishment. As a result, the other person will reconsider their their attitude.

To use silence as punishment is aggressive

Silence can have a variety of meanings. Some of them are truly violent. To not speak to someone is to adopt a passive-aggressive attitude. This means they’re being violent towards the other person, but in an implicit way. Most of the time this kind of attitude is just as or more toxic than direct aggression. This is because silence turns into a hole where any kind of interpretation is possible.

The people who stop speaking to others have clear reasons. They also have a clear expectation of what this situation should result in. But, we’d have to ask the people who resort to these tactics: are you sure the other person really understands what your silence means? Do you think the best way to get them to change, or do what you want them to, is to attack them with an absence of dialogue?

Silence just creates more distance. And distance isn’t usually a good ally for understanding or restoring broken, damaged bonds. But, what it does do well is widen gaps.

On the other hand, not speaking to someone can work for a little while. They put the punishment in place and the other person reacts. They go back to apologizing, promising change, or doing whatever you want. But, in the long run it also ends up incubating tiny resentments that might grow. It’s rare that silence fully resolves a conflict or makes way for a solution. All it does is cover things up.

It’s true that sometimes it’s better not to speak. When we’re really worked up, for example. Anger makes us exaggerate and we become more concerned with hurting the other person than expressing what we really think or feel. In those conditions nothing works better than not speaking until we regain our composure. Under those circumstances, it’s a smart decision.

But, as we’ve said, using silence to punish someone or get them to “surrender,” rarely has positive results. Sometimes we confront the challenge of expressing our anger or rage, but without hurting the other person. The way out isn’t to stop speaking, but to look for and find ways to build bridges toward understanding. The absence of words might get the other person to give in, which doesn’t mean the conflict has disappeared. Plus, it could also happen that the other person doesn’t give up and it can start a dangerous snowball effect.

Maybe what’s necessary is to look for better conditions for conversation. And a different way of expressing our disapproval. Switching from our usual space to one that’s more warm and friendly can sometimes help revive communication. Speaking from the heart, always going by what you feel and not what you assume the other person feels is a recipe that almost never fails. Give it a try.

The Silent Treatment: Psychological Abuse in Disguise
The silent treatment is a strategy frequently used by people who seem to possess great self-control and boast about being more rational than intuitive. Read more »
Link copied!
Interesting Articles
Wellness
What's the Relationship Between Emotions and Obesity?

Obesity is a major health issue in the modern world. Science still hasn't managed to explain 100% of the microbiological processes…

Wellness
Smiles that Flourish in Darkness

The smiles that flourish in the dark can last a lifetime. These small and precious gestures appear when least expected, in…

In some way, human beings will always be dependent on something or someone. That's just the way things are. Now,…

Wellness
Dependable People: A Home We Can Always Return To

There are those people who we can always return to even when we've been light-years apart. They are synonymous with warmth…

Self-esteem
Improve Your Self-Esteem With Mindfulness