Silence Is an Abuser's Biggest Accomplice 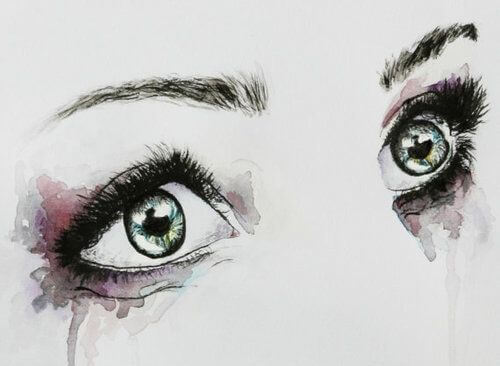 Silence will always be an abuser’s biggest accomplice. That’s where he finds his best refuge. Where all of his humiliating aggressions and each one of his blows are sheltered. These are later camouflaged by an “I promise that this is the last time it will happen”.

Now, these promises turn into smoke when they sense a new “snub”. Or when you disagree with them, or when they feel the need to validate their power. Simply put, abusers suffer from chronic insecurity.

An abuser will always seek your forgiveness. But he won’t hesitate to maintain the same abuse, the same harassment. The only way to escape this circle of power is taking away his best accomplice: silence.

Virginia Woolf said in her diaries that few things could be as dangerous as a house, as a home. From the moment the doors, windows and curtains are closed, nobody can guess what happens inside. The drama, the aggressions and that pain that becomes impregnated within the walls and hearts. As well as into the pillows soaked with the tears of all of those wounded minds.

Hidden violence is the most common kind within our society. Be it the public assault of a woman or hidden within the household of a couple. So much so, that according to a study conducted in the United Nations, it is estimated that 35% of women all over the world have been abused. Also, almost 70% of them have suffered through an assault at some point. These are facts upon which we should reflect.

The abuser can be educated and have a a good job, or he can be unemployed. He can be young or old, and, of course, he can also be a she. Sociological patterns aren’t usually of much use to experts in identifying them. Even less so if you keep in mind one essential aspect: the abuser is usually very highly regarded socially. In fact, for other people, he is usually a “good guy”.

Now, the problem arrives when, just like Virginia Woolf said, the doors of a house close and nobody or almost nobody knows what happens inside. Because he who uses violence only expresses it with those with whom they have a very intimate affective bond: their partner, their children…

Abusers use aggression as a form of power. They are incapable of conceiving their partner as a person with rights or needs. As someone who deserves to be respected. Because they are “an object they own”, part of themselves. Hence, upon any attempt at independence, they are the ones who feel abused. Their masculinity feels vulnerable, their status of power.

The partner then opts for giving in, being silent and falling into that subordinate relationship. The kind where psychological abuse and at times even physical abuse leaves wounds that can’t always be seen at a simple glance. Taking the step of denouncing them in order to break the silence is not easy. Because, believe it or not, the victim doesn’t always feel understood.

In many cases, they must confront their close circle of family members and friends. They never truly believe the abuse or the aggressions which, despite the fact that they don’t leave any marks, are robbing them of their lives.

Social Services and care centers for victims, for their part, know that many people fear formalizing the complaint out of fear of “possible reprisals” by the aggressor.

These are without a doubt very delicate situations where the fear to break the silence is still the abuser’s best accomplice. Their best refuge and their shield of power. It is everyone’s responsibility to go out there and change mentalities. We must get the victims out of those private spaces of torture and humiliation.

Because no victim should ever feel alone. Because everyone has a spot on the puzzle that is our society. A place from which they can denounce, give a voice and be receptive to any suspicious behavior in which a woman, man or child might be suffering some kind of abuse.

Be brave, break the silence.

Wellness
We Are Defined by Our Actions, Not Our Intentions

It has always been much simpler to create expectations than to meet them. Therefore, we tend to be more accustomed to…

Coexistence is the pillar that sustains many aspects of human life. As highly sociable creatures, achieving a peaceful, effective, and…