Us: From Laughter to Screams

In this article, we're going to try not to spoil Jordan Peele's most recent film, Us. With only two feature films to his name, the director has already gained recognition as a master who combines horror, comedy, and sociopolitical commentary. Without further ado, here's our article about one of the most interesting movies of the year. 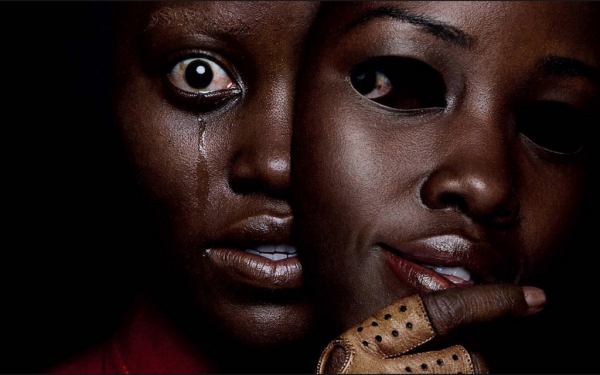 Us is Jordan Peele’s latest cinematic perversion. I don’t mean “perversion” in the strict sense of the word, though. I’m thinking of it in critical terms, where you break from pre-established norms. In this film, comedy and horror go hand-in-hand. It’s a movie that’s occasionally absurd and often genius.

In broad terms, there’s a satirical, carnivalesque massacre that ends up being a profound criticism of capitalism and of the world as we know it.

The power of the cinematography, the use of doppelgangers, the humor in pivotal moments, and the brilliant use of the metaphor as part of a political metaphor you might not notice at first… These are just a few of the amazing things about it.

In his first feature film, Get Out, Jordan Peele mostly addressed racism in American society. In Us, though, no one is spared, and his vision is much broader.

An American family, with a mother who has a deeply traumatic past, experiences some strange things. The entire movie takes place in one night. The characters discover a strange family at the door of their vacation home. It’s a reflection of them. They look just like the family but aren’t exactly coming in peace.

The title itself, Us, is also a kind of a play on words with the United States. This becomes especially clear in one of the pivotal moments of the movie, when the mother’s doppelganger says: “We’re Americans“. Yes, they’re Americans, just like the main characters, and us. But they’re the price we pay for the American Dream.

Us: The concept of the “double”

The “double”, or doppelganger, is one of the most frequently explored ideas in the artistic world, especially in literature. It has a strong connection to the concept of duality, and to darkness and evil.

The idea has taken on lots of different connotations over time. What Dostoevsky does in The Double isn’t the same as what Stevenson does in Dr. Jekyll and Mr. Hyde.

A double can also take many different forms, some vague and others more explicit. It may come about in mirrors, reflections, shadows, or in the form of an evil twin. Just think about the story of Narcissus. His experience of looking into his own reflection is one of the first examples of this theme.

Jordan Peele is clearly working within that tradition but he reinvents it and updates it for modern times. The first clue to “the doubles” theme happens when the main characters are in a hall of mirrors. It’s one of those tricky places that distorts reality at the same time as it doesn’t actually change anything.

While she’s in the hall of mirrors, a little girl sees her double but not in a reflection. She actually sees a girl exactly like her inside.

Is this an evil double? That’s the idea Peele is exploring in Us and the clues are right there. They’re a good indicator that nothing is what it seems in this movie and that nothing is just a coincidence. Duality is present throughout the entire movie. It’s a “real” world set against a copy or parody of it.

But that brilliant use of tradition and doubles isn’t the only amazing thing about this movie. There’s also a great use of metaphor. Peele uses it as a kind of contemporary “William Wilson“, leading you to end up harming yourself.

A play of metaphors

What’s the meaning of the sign they’re constantly seeing with just “Jeremiah 11:11” on it? Well, unsurprisingly, it turns out that that Bible passage goes like this: “Behold, I will bring evil upon them, which they shall not be able to escape; and though they shall cry unto me, I will not hearken unto them”.

In the movie, there are no gods judging us, only humans who have tried to be gods. There’s a terrifying truth at the heart of the movie, and there’s not much hope for the main characters. That quote is kind of like a summary of what you’re going to see, like the hidden truth you’ll only learn at the end.

At some points, Us, can feel kind of like a scary version of Alice in Wonderland. Except that instead of falling down a rabbit hole or going through a mirror (though that does happen, in a way), what this movie does is reveal a horrifying truth.

The appearance of rabbits in the movie is especially meaningful when you think about it that way. It’s a hint to the fantastical, underground world in Alice in Wonderland, which, in Us, becomes a parody of the real world.

There’s also an allusion to the recent past. In the 1980s, there was a campaign called Hands Across America all over the USA. The goal was to form a human chain and raise money for people in need.

The campaign was a massive failure, and people decided to stick to their TVs. This same campaign happens in Us. But here, it’s not a peaceful, meaningless act, it’s a blood bath.

Us: A cross between sociopolitical commentary, satire, and horror

This movie fits perfectly into the horror genre and uses the age-old theme of the doppelganger to develop a sharp criticism of capitalism. Peele’s quick rhythm and his ability to direct our eyes also pull the movie away from the genre it’s a part of, even if only in certain moments.

He’s like an orchestra conductor who knows to have the drum play in the most intense, dramatic moment. He knows how to silence the most decisive moments with the most intense noise. He also makes room for humor within the horror.

The humor in Us is a way to take you out of the horror, give you a chance to breathe, and relieve your anxiety for a moment. This is what makes it such a perfect movie for both horror junkies and even people who usually get too scared.

Not many films can truly terrify me. But I have to admit, Us really did make me tremble. Except that just as I was feeling afraid, there’d be a moment of humor and I’d break into laughter. At the same time, the humor was hiding a ton of political meaning. That hidden commentary is a huge part of this movie.

Like in Get Out, Peele criticizes racism. It’s also no accident that he cast black actors. If anything, it’s an act of rebellion.

It’s impossible to deny that movies have long been a white man’s world. Here, Peele is advocating for the people who have been left out for so long. He sets them against a wealthy white family as a way to remind us that there’s still a ton of inequality.

We have a dangerous tendency as white people to become fascinated with everything that’s not white. As much as we might like to think it’s an innocent interest, there’s a dark racist history tied up in that, and it’s not something we should ignore.

But Us doesn’t end there. That would just mean doing Get Out over again, but Peele wanted to go farther. After all, the capitalist world doesn’t really care what color your skin is, if you have money in your pockets, or if you can buy entertainment and spend your money on material things.

That criticism of the materialism so common in our times, as well as how absurd many of our daily actions are, is in the script, in the cinematography, and the very fiber of this movie.

Us is a caricature of reality, capitalism, and our hypocrisy towards the problems of “otherhood”. All of that in a movie with a mass appeal, and the ability to draw you in with its suspense and then make you laugh until the next terrible thing happens.

It’s definitely one of the best movies of 2019. It’s a lesson in so many things, an apocalyptic comedy that definitely reflects the way our world is today.

Why Do Some People Like Scary Movies?
Read more »
Link copied!
Interesting Articles
Cinema, Television, and Psychology
Perfect Strangers: Have We Lost Our Privacy?