The Reflection of Our Own Lies 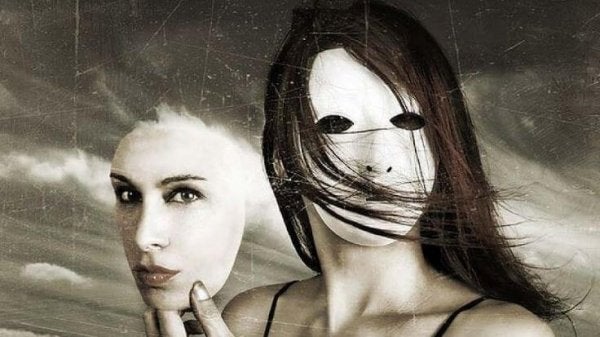 Decisions made by the mind or heart, whether they are lies or the truth. It is an eternal duality that pervades our lives and our thinking, which originated in Greek philosophy and in some of its great figures, like Aristotle. The contributions of this philosopher to Greek thought earned him the title of “The Philosopher”.

However, he could also be known as the “The Scientist” because Aristotle established one of the first solid foundations for science: get to the truth through observation and experimentation and not based on abstract reasoning.

Aristotle considered the heart as the most important organ of the human being, as opposed to the brain. For the Greek philosopher it is the heart, not the brain, that directs sensations and movements. It is the place that merges the information we receive from our environment and where the answer to that universe that lies on the other side of our skin is born.

Aristotle’s reasons to consider the heart as the principal center of our behavior are diverse. Based on his writings, we can cite the following reasons: the heart occupies a central position in the body and is sensitive to emotions.

On the other hand, Aristotle argued that the heart beats faster in response to some sensations while the brain does nothing. He understood that if we open the skull and expose the brain, we could be cutting parts of it without the living being showing signs of suffering in it, while the heart is deeply disturbed at a similar intervention.

Those who deceive themselves, are good at deceiving others

Self-deception is a common trait among humans. Our brain knows what is happening, but activates a number of mechanisms that create a parallel reality full of lies in which we end up believing so much that we repeat and work with it.

In a study published in the journal Plos One it concluded that people who delude themselves are best at deceiving others. This study was carried out by various British universities (University of Newcastle, Queen Mary London, Exeter and University College London).

The group of students met and were asked to evaluate others and themselves with a grade. The researchers found that people who got higher grades were evaluated on a better grade by others, regardless of actual performance. Six weeks after, the experiment was repeated and the same results were obtained.

Can self-deception be beneficial?

According to Robert Kurzban, an evolutionary psychologist at the University of Pennsylvania and author of the book Why Everyone (Else) Is A Hypocrite, deceiving ourselves may not be as bad as it seems, particularly for a social species such as the human species. Perhaps the lies we sometimes tell may fulfill a function…

Robert Kurzban has two basic ideas. On the one hand, considering that the mind consists of different parts or different modules, it is easy to understand that we believe in many contradictory things, from the plane to the perception of morality. On the other hand, there is a world out there but our brain is devoted to interpreting our experience. We have no access to reality but what our brain interprets from reality.

According to Kurzban, humans are evolved creatures and evolution is a competitive process. We have evolved to compete with what surrounds us and have learned to deceive and build lies. That competitiveness, is partly based on trying to convince others of things that are not true.

There are different ways in which one can deceive himself by telling lies, but the question we must ask is “Am I the one deceiving myself?” or “Am I just being wrong in an interesting way?” Holding false beliefs can be useful to convince others to believe something that interests us and gives us an advantage.

“Nothing is easier than self-deceit. Since every man wants is the first thing he believes.”

The Power of Self-Deception

How can a person know and not know information at the same time? How do we avoid realizing things? Sometimes it seems like… More »