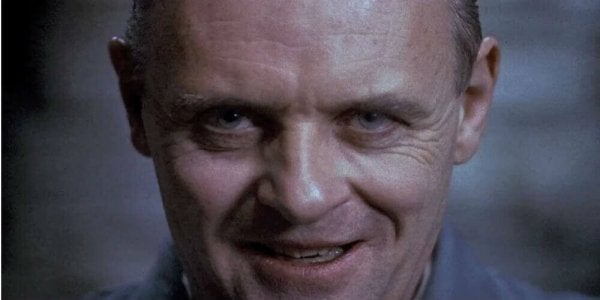 Most of us seem to like being afraid, as long as it’s a controlled situation. We like it as long as there’s no actual danger, and it’s more of an adrenaline rush than actual terror. Horror movies a great way to get that experience. But strangely, even though so many people love them, horror movies don’t usually get very good reviews. In this article we’re going to focus specifically on psychological horror movies, and do a quick run-down of their history.

George Méliès, a pioneer in cinema, made the first horror movie of all time: Le manoir du diable (1896). Ever since then, there have been countless others following in his footsteps.

This German film was the peak of German Expressionism. A lot of people see it as the first full-length horror movie, and nowadays it’s considered a cult classic. The movie is based on a few true murder cases that happened in Hamburg.

In the story, the murders are committed by an odd character and his strange slave. The movie’s expressionist scenes and set decorations are definitely also worth special attention. Along similar lines, Germany gave us another horror classic in 1931: M, directed by Fritz Lang.

This movie takes place at a freak show. At the beginning of the 20th century, people with deformities were shown off as attractions. The plot is about revenge and murder, and what’s really interesting about this movie is that they cast actors who really had the deformities.

During this time period, people had an extreme fascination with monsters. Directors adapted books like Frankenstein (1931) and Dr. Jekyll and Mr. Hyde (1920), and cast actors like Bela Lugosi as Dracula.

The second half of the 20th century

This was a time full of change. In the 60’s, psychological horror and black-and-white were big. But the 70’s marked a major turning point in the history of horror movies.

The 60’s gave us movies like What Ever Happened to Baby Jane? (1962) and The Birds (1963). Of course we can’t talk about horror movies without mentioning the master Alfred Hitchcock and his movie, Psycho.

People all over call it one of the best horror movies of all time. The hair-raising Bates Motel, the shower scene, along with Norman Bates and his mysterious mother all create an atmosphere worthy of the master of suspense. This movie is pure psychological horror, without the need for any special effects or “ketchup.”

This movie was directed by Roman Polanski, and starred a young Mia Farrow. It’s a great example of how important it is for these movies to sink us into an atmosphere of agony and anguish. Here, it shows up every time we see Rosemary and her strange neighbors.

The movie was completely groundbreaking for its time, and they shot it in The Dakota, the building where John Lennon was murdered. On top of that, Charles Manson and his “family” tried to stop the filming not long before Polanski’s wife was murdered. It’s an endlessly mysterious movie that will leave just about anyone speechless.

The extremely basic special effects, the green vomit, and Regan’s scars make this movie a pioneer for its time.If you watch it for the first time now it’ll probably seem more funny than it scary. But it really made a major impact on horror movies in general: it’s a classic that totally reinvented the genre.

During the 70’s and 80’s many movies mixed science fiction with horror. That’s how we ended up with amazing movies like Alien (1979). This is also when the frenzy for adapting Stephen King books really started. There was Carrie (1976) and, of course, The Shining.

Who can forget the legendary Overlook hotel, the winding road, or Jack Torrance’s ravings? There’s no doubt this is one of the best movies of all time, thanks to the work of the genius Stanley Kubrick.

This is when the overuse of special effects really started to kill the magic of horror movies. There were hundreds of movies about paranormal things, and some even had multiple sequels. But most of them weren’t that great, and didn’t get very good reviews.

This time period also gave us Japanese movies, like The Ring (2002), and also a lot of gore, like Saw (2004), along with a long list of movies featuring possessed children and ghosts. But there are still some from this era that went more for psychology and suspense.

This is another adaptation of Stephen King book. It earned Kathy Bates an Oscar for best actress for her claustrophobic, obsessive, and tension-filled starring role. Annie Wilkes is a nurse who’s completely captivated by the books of a famous writer, Paul Sheldon. She gets obsessed and ends up kidnapping him. This is one horror movie you should definitely put on your list, and you’ll get a glimpse of Kathy Bates at her disturbing best.

All that fascination with Stephen King stuck around, and lead to great movies like1408 (2007). It’s an underrated movie, and it goes back to the kind of psychological horror we’ve talked about here.

It’s hypnotic and claustrophobic, probably deserving a little more attention than it’s gotten. It seems like King still hasn’t even gone out of style, either. There was another adaptation of It last year, although some say Tim Curry’s from 1990 much better.

Hannibal Lecter is an unforgettable character. He’s a highly intelligent psychopath capable of manipulating just about anyone. Anthony Hopkins plays him really well, and Jodie Foster plays her character very well too, so it’s no surprise they both won an Oscar. It’s a must-see thriller and a glimpse into the mind of serial killers and cannibalism.

From the Spanish director, Alejandro Amenábar, Nicole Kidman stars in this suspenseful 21st century gem. Very odd things happen in an old, mysterious, isolated, and fog-covered mansion. It sounds like just any other paranormal movie, but that’s not the case with The Others.

All the fear is implied, and the light levels are really low because the children in the movie are sensitive to it. What that gives us is a dark, gloomy atmosphere where nothing is what it seems.

Next, we have movies like The Conjuring (2013), Insidious (2010), The Babadook (2014), and the Paranormal Activity series. They’re the biggest horror movies of recent years, and almost all of them had sequels and huge box office success.

Some of them are pretty interesting, but mostly they just go overboard with make-up, effects, and easy scares. They’re movies that go for public attention instead of good reviews. In the end, it’s really just a forced kind of horror that gets old after a while.

Here are two recent movies that are more along the lines of suspense than horror, but I’ve chosen them because the psychological ideas they deal with are still much more terrifying than demonic possession.

Natalie Portman’s acting really stands out here. It’s a ballet movie about eating disorders, schizophrenia, and hallucination. It’ll definitely leave you thinking thanks to its fascinating atmosphere, full of metaphors and all kinds of interpretations.

This movie is by one of the greatest directors of the 20th and 21st centuries, Martin Scorsese. It also has the amazing Leonardo DiCaprioas lead actor, and Ben Kingsley and Mark Ruffalo in supporting roles.

Set in the 1950’s, it’s similar to the film noir style from the early 20th century. It’s set on an island where we find a mental institution. There they flood us with the terror of the human mind, and evil practices like lobotomies. What really is Shutter Island? What’s really going on at the mental hospital? It’s one of the absolute best recent suspense movies.

“Which would be worse: To live as a monster, or to die as a good man?”