Depression that goes untreated or isn't responding to treatment ends up affecting the brain. Inflammation, memory, and concentration and even changes in the size of certain brain areas are the possible consequences. 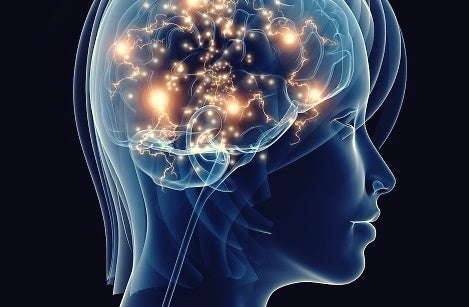 Untreated depression that becomes chronic and doesn’t go away for years can change your brain. Recent studies indicate that the alterations caused by this psychological condition affect brain structures such as the prefrontal cortex, which in turn impairs the patient’s ability to make decisions, solve problems, and analyze situations, among other things.

Neuroinflammation, less oxygen supply to the brain, and changes in the production of neurotransmitters, the brain processes that manifest as a result of disorders such as major depression, can reduce functionality in many brain areas to the point of neurodegeneration. However, these changes will start to become visible when the patient has suffered from this psychological problem for 9 to 12 months.

At this point, you may be asking yourself why some people let their depression go untreated. What makes someone not look for professional help to stop their suffering? Above all, it’s worth noting that there isn’t one right answer to these questions. Actually, it’s difficult to define the complexity of this mood disorder.

Some patients even believe they’ll never get better. Their own illness becomes a shield and makes them not seek help. Others have misconceptions about therapy or simply don’t believe it in. And, of course, others don’t dare to admit they have a problem.

On the other hand, some people just don’t have the resources or social support to ask for help. Sadly, living with an untreated psychological disorder is common, and the consequences of this are often serious.

The consequences of untreated depression

Many people know what depression is, either because they’ve suffered from it in the past or suffer from it now, or because someone close to them has experienced it. Its physical, social, and behavioral implications are common knowledge at this point. However, what many people still don’t know is the effects it has on the brain.

In an interesting study conducted by Dr. Victor H. Perry, a neuropathology professor at the University of Southampton, United States, Perry talks about this important fact. It’s been proven that people with major depression are more likely to suffer from it for an extended period of time. Relapse isn’t uncommon, which is why some patients spend decades dealing with this harsh reality.

Untreated or persisting depressive disorder has a neurodegenerative effect.

A study by Dr. Dilara Yüksel from Istanbul University shows the brain alterations caused by major depressive disorder when it’s not treated or when the patient isn’t responding to treatment in a 3-year period. The most important consequence of this is the size reduction in different structures such as:

These areas play a role in memory, emotion processing, and executive functions (problem-solving, attention, organization, and response to the environment, among others).

In addition, untreated depression has a biological effect: it increases neuroinflammation. Dr. Jeff Meyer from the Mental Health Services at the University of Toronto analyzed the data of 80 patients over 10 years. Half of them suffered from major depressive disorder but had never received any treatment. The goal was to discover the effects of not treating this condition on the brain:

Reduced oxygen supply to the brain

This is certainly the most striking fact. Works like that of Dr. Tomohiko Shibata’s team at the University of Tokyo demonstrate that untreated mood disorders lead to mild hypoxia, which is a reduction in the brain’s oxygen supply. Consequently, the patient might feel constantly tired, agitated, have concentration problems, and suffer from migraines. The effect is visible. Thus, doctors nowadays are using hyperbaric oxygen therapy to relieve symptoms.

In conclusion, it’s obvious that major depression can have a highly damaging effect on the patient’s brain health. In fact, the condition alters the brain’s functionality, which can worsen the discomfort, increase the probability of suffering from other cognitive problems, and even causing a higher resistance to treatment.

Fortunately, scientists have been studying new techniques. For example, there’s non-electroconvulsive, transcranial magnetic stimulation (TMS), which notably improves the patients’ well-being. The magnetic pulses directed to the problem areas enhance both their biochemistry and connectivity. According to some experts, it’s like“resetting” the brain. We’ll definitely keep an eye on these new and hopeful breakthroughs.

Mood Disorders – Beyond Depression
Although most of us think of depression, the truth is there are many mood disorders. So, in this article, we'll try to deepen on some that we often forget. Read more »
Link copied!
Interesting Articles
Clinical Psychology
Symptoms of Premenstrual Dysphoric Disorder