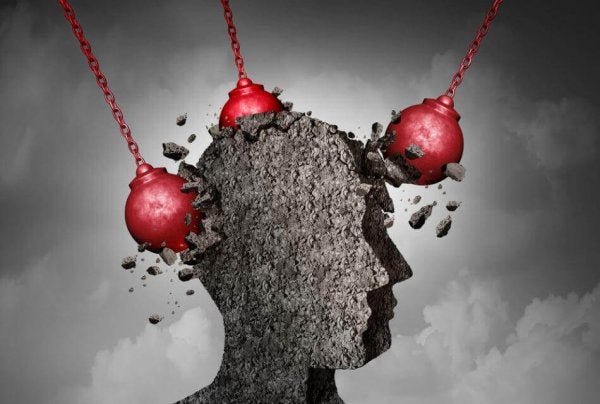 There are quite a few misconceptions out there about treating depression. It used to be that wrong ideas just spread by word of mouth. But now misconceptions are even coming from supposedly accurate, expert sources online.

The interests of the pharmaceutical industry are partly responsible. They spread ideas by relying on the ignorance of society. People take the ideas as truth, without questioning the message of certain authority figures.

In this context, incorrect ideas and arguments with no scientific basis are not harmless. Because of these misconceptions, people don’t seek psychological treatment.

It also creates a situation where doctors and psychiatrists don’t offer treatment. They don’t refer patients to capable and trained psychologists.

Let’s look at the 3 main misconceptions about treating depression.

The website DMedicine, part of the newspaper El Mundo, says (quote is translated), “there is no study that shows that psychological techniques can cure serious depression. […] In cases of serious depression, pharmacological treatment is the only one proven effective”.

It is interesting that with a little searching, we find many serious, rigorous studies that contradict the previous statement.

These types of studies are very valuable for coming to general conclusions. They include many different sub-samples instead of just one large sample.

Examples of this type of meta-analysis demonstrating the effectiveness of psychotherapy for treating depression include that of Cuijpers and Berking et al. (2013) or the more recent study from Johnsen and Friborg (2015).

In the latter, researchers analyzed more than 43 different studies. They found that 57% of patients could be considered “cured” of their depression after completing Cognitive Behavioral Therapy.

It’s true that Cognitive Behavioral Therapy is the most common. It’s also the type of therapy that scientists have studied the most. That’s why it carries such weight in meta-analyses.

Another common misconception about treating depression is that psychotherapy is only effective for mild or moderate depression. Not for serious depression.

However, Driessen, Cuijpers, Hollon, and Dekler (2010) refute that idea with their analysis of 132 studies. They did not find that the variable of the seriousness of the depression had an impact on the differences between people who received therapy and those of the control group.

In other words, the interaction of the seriousness of the disease variable and the benefits of psychotherapy weren’t significantly different from zero.

Another related issue is the question of medication. It can be useful in cases of serious depression. It can help the patient normalize enough to be able to start therapy in a more balanced state.

2. Psychotherapy is less effective than medication

In the Cuijpers, Berking, et al (2013) study that we cited, there’s even more data. Their meta-analysis contains at least 20 studies that compare the effectiveness of different treatment for depression. They compare medication with Cognitive Behavior Therapy.

They found that the difference in effectiveness was almost zero (g=0.03). In addition, the absence of any difference was independent of the evaluation procedure and the medication used. (The interaction between the factors wasn’t significantly different from zero.)

In any case, we have to take these studies with a grain of salt. There are far fewer studies of interpersonal therapy than Cognitive Behavioral Therapy.

The idea that psychotherapy is less effective than drug therapy is a misconception.

To start with, “long” or “short” depends on where we estimate the middle to be. Currently, the timeframe of the previously mentioned therapies is 16-20 sessions over 3-4 months. Of course, there are always cases where psychotherapy might take less or more time.

At any rate, none of the therapies that we’ve mentioned take longer than 6 months. If the patient doesn’t reach their objective during this time, the therapist has to re-evaluate the situation. Not all psychotherapies work for all patients in all conditions.

Regardless, studies tell us that the average duration of successful cognitive behavioral therapy is 15 sessions (Cuijpers, Berking, et al.).

But we have to separate relapses from these cases. Relapses can happen for many reasons which are not always related to the psychotherapeutic intervention. Among the various causes of a relapse are:

There are more misconceptions about treating depression than we’ve mentioned here. Psychologists are good at researching and developing effective therapies. But we are not good at explaining them to the general public. We still have a lot of work to do on that front.

Cuijpers, P, Berking, M. et al. (2013). A meta-analysis of cognitive behavior therapy of adult depression, alone and in comparison with other treatments. Candian Journal of Psychiatry.

5 Natural Remedies for Depression
The best part about these natural remedies for depression is that they don't have negative side effects. Read more »
Link copied!
Interesting Articles
Psychology
Major Depression: Causes

When you hear the word depression, you might automatically picture a sad person crying uncontrollably and isolated from other people. But if that's the case, then what separates depression from…

Many factors influence how we sleep, from the room's ambient temperature to what we had for dinner. Sleep hygiene studies…