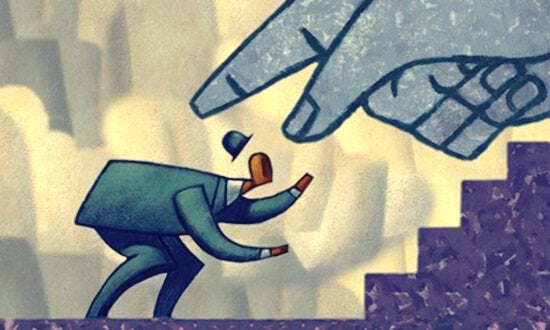 You’ve probably all clicked on the “unfriend” button at some point. Sometimes it’s healthy and necessary. But other times it is simply a cold way to end a relationship or friendship. All it takes is one click to make someone disappear. In a blink of an eye you can disappear without having to give any explanations.

Whether you like it or not, social media is usually a good reflection of your real life. On top of that, with every “like,” every post, and every photo you put up, you leave a small bit of your personality. The virtual algorithms they use are a reflection of your essence and your behavior. The developers know that and so do you. That’s exactly why nothing happens by coincidence on social media.

The “unfriending” phenomenon (when you delete, block, or unfollow someone on social media) is being studied by increasing numbers of psychologists. Why are they studying it? Because social media platforms don’t just mimic social phenomena around us, they’re also changing the way we interact with each other.

The behavior of Facebook and Twitter users has been changing over the last few years. To put it one way, we could say that it’s maturing. Today people don’t put as much value on having a ton of friends.

The era when the big thing was to get as many friends as you could is finally coming to an end. This is especially true with people who are older than 30. They’re trying to use social  media in a much more serious, professional way.

This is also why unfriending people is actually the right decision a lot of the time. It’s something you can do to avoid “spammers,” those annoying people that you might not even know, or who make you uncomfortable. Maybe you just don’t like them. It’s like tossing out the bad apples, and by doing it you’re actually also proving something called Dunbar’s number theory.

Anthropologist Robin Dunbar came up with it in the 90’s. He said that we can never have more than 150 relationships (some more meaningful than others). You can also include anyone you interact with often, in meaningful way, on social media. You don’t have to have met them in person to count them on your list.

Today we try to use more filters in these online worlds to balance out our lives. It’s like we’ve taken a step forward. Most people try to have the same balance in their real life as they have on social media.

Although unfriending as a means to achieve balance might seem like a good thing at first, it’s actually not. Here’s why: a lot of the time people end up doing the exact same thing in the real world.

Some people decide to unfriend coworkers because of a disagreement. Other people do it with their friends. This kind of behavior is actually happening a lot more now. It’s part of another phenomenon called “ghosting.” Ghosting is when someone leaves their partner without saying a word or giving any explanation. Then, on top of the silence, the other person will almost immediately realize that they don’t see their (ex) partner on social media anymore.

Some people assume that if they get rid of someone online, then that person will also magically disappear from their daily life. Maybe they think that they’ll get the message and understand why. But all ghosting and the like really do are cause suffering. Victims get thrown into emotional limbo, a place where it’s really hard to deal with your pain and get past it.

But as exasperating and immature as it might seem, there’s one important thing you have to remember. You can’t blame technology. You can’t blame the developers of social media either. All these virtual settings do is reflect a simple reality: as human beings, we have trouble communicating.

Unfriending people with one click can make life easier. It’s fast, and it’s harmless for the person doing it. But the best part is that you don’t have to come face-to-face with them and tell them, “I don’t love you anymore,” “I’m not interested,” or “This is why I don’t want you in my life.” We’ve always had a lot of gaps in our communication skills. It just seems like we’re making them even wider with technology.

So let’s learn to deal with our problems in person. At the end of the day, unfriending won’t solve your problems.

Avoiding Facebook Can Make You Happier
Social networks like Facebook can provide many benefits, because they offer us many virtual possibilities that can be a source of growth if they're based on Read more »
Link copied!
Interesting Articles
Culture
The Imperfect House: A Story to Reflect On

Culture
5 Reasons Your Mind Won't Give You a Break