The elaboration likelihood model determines if a message will be more or less persuasive through two different routes: the central route and the peripheral route. 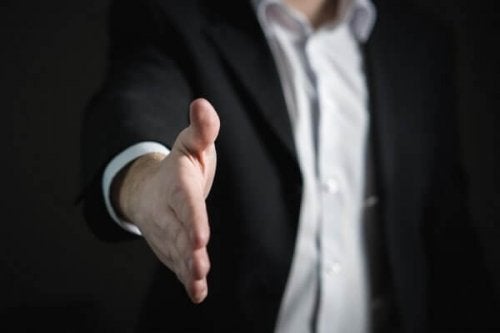 Persuasion is any change that occurs in people’s attitudes as a consequence of their exposure to a message. We should also add that the speaker designs and delivers the message with the goal of persuading their audience. Thus, persuasion basically consists of changing someone’s attitude. The best model we have to understand persuasion is the elaboration likelihood model (ELM).

“The creation of the world is the victory of persuasion over force.”

“The object of oratory alone isn’t truth, but persuasion.”

First of all, the motivation to understand the message and make a mental effort to do so, and the ability that the receiver has to process the message, will determine the elaboration likelihood. In other words, the route.

In summary, when you receive a persuasive argument and you have the motivation to process the information, it’ll take the central route. If the opposite is true, it’ll take the peripheral route.

Thus, the attitude change will happen or not depending on the attractiveness of the message and if it provides arguments or names sources the receiver trusts. However, if the receiver is truly motivated, their ability to process information will also play a role. If you don’t have the necessary abilities, you’re more likely to take the peripheral route. When you do have them, however, the information will take the central route.

If the message is elaborated on the central route, you could have favorable or unfavorable thoughts. When they’re favorable, polarization happens and the attitude will be more favorable to arguments that align with the message. If the opposite is true, depolarization happens and your attitude will be more negative towards those arguments. The third possibility is that your thoughts are neutral, in which case you’ll return to the peripheral route.

Get to Know the Psychology of Persuasion
In this article, we'll bring you the most relevant persuasion strategies in social psychology which can be used to bring about attitude change. Read more »

Psychology
3 Ways to Motivate Yourself to Exercise

To start, let's clarify some things about exercise. You have all the right in the world to have extra weight, be…