The Trick to Good Communication 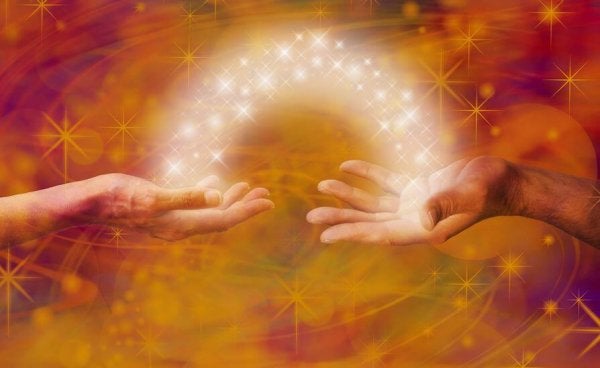 By communication, we mean all of the actions that are meant to send a message to other people, who then correctly receive the messages. Defined this way, it seems so simple that it’s a bit absurd to write an article about it, but in reality, communication is much more difficult than we think. It requires certain skills and a lot of practice.

In fact, most interpersonal conflicts originate from poor communication, which is why it’s essential to learn how to develop this ability if you want to have more satisfying, better quality social relationships.

People are often quite visceral. We act automatically, which can cause trouble when we interact with others. How often we regret something we said to someone we love! How often we could have avoided conflict if we had expressed ourselves better!

Why are we so bad at communication?

According to experts, there are two main theories that explain our inadequate communication abilities: the deficit theory and the motivation theory.

According to the deficit theory, things don’t always go well because we’re ignorant. That is, we don’t have any idea what to do and how to do it in order to have good relationships with others. As we mentioned before, we’re taught to read, write, and solve problems, but nobody teaches us how to communicate effectively or solve the problems that come from this lack of effectiveness.

On the other hand, the motivation theory states that we have bad interactions because we lack the necessary motivation to get closer to the people we’re interacting with.

But if you think about it a little more, you could add another theory: the demand theory. When you fight with someone and get overly upset, it’s because you’re demanding the other person to be the way you want them to be, and not how they really are. So as a way to try and change them, you confront them, shout at them, and become hostile or profusely list your grievances with them.

Therefore, the first and most important step is to become aware of reality: people aren’t going to change to please you, and you shouldn’t demand anyone to be the way you want them to be.

Change starts with yourself

So then who has to change? Well, not the other person, but yourself. Every change you want to make in your life has to start with your own will and your own actions. And this is because you’re the only person you have true control over.

Forget about controlling the other person, because you can’t do anything to change them. What you can do is move your own pieces and restructure the game board. In other words, if you change what you do, the other person will react differently. But they’ll never change because you got angry with them; they’ll simply raise a defensive wall.

You have to look inside yourself and become aware of how you communicate, whether they help you or make your problems worse, and whether you need to change them. If you want to change, it would be helpful to keep a diary of how you act in social situations and analyze whether your behavior is effective and try to change it if it isn’t.

The trick to good communication

There’s a trick to communicating effectively, but it’s not magical. That is, you have to be prepared to make an effort to change, because it doesn’t happen overnight. Below, we list some effective communication techniques that will help you improve your relationships with others, argue less, and feel better around other people.

5 Things You Should Never Say In an Argument

Psychology
Get Better Relationships by Learning How to Express Yourself

Psychology
For the World, I'm a Pessimist. For my People, I'm Optimistic.

Some optimistic emotions and sensations can only be awakened by personal relationships with your family and closest friends. Emotional support,…