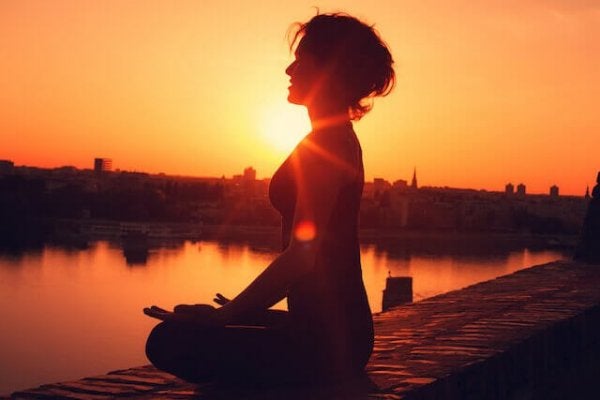 Transcendental Meditation, or TM, is the purest, simplest, and most effective form of meditation the world has ever known. It’s a technique of automatic transcendence, used to bring the mind to the simplest and most powerful state of consciousness, free from any mental control or thought process. Transcendental Meditation is a universal practice that has been passed down through oral tradition for millennia, and its founder was Maharishi Mahesh Yogi.

What is Transcendental Meditation?

Compared with other meditation techniques, which demand concentration or control of the mind, TM doesn’t require any effort and is practiced twice a day for 20 minutes, comfortably seated on a chair with the eyes closed. It can be done on a train, a plane, a car (as long as you’re not the one driving). There is no philosophy associated with TM and it’s not linked to other religious beliefs. It also doesn’t involve changes in your lifestyle.

To understand how it works, we’ll use the ocean analogy. Imagine that you’re on a small boat in the middle of the ocean and suddenly there’s a tidal wave more than 200 meters high. However, if you did a cross-section, you’d see that the ocean is still absolutely calm and silent in its deepest parts. That is, it’s active on the surface and peaceful in its depths. Well, that’s how the mind functions.

If you only stayed on the surface of the ocean, you’d be stuck thinking about all the things you have to do. But when you include Transcendental Meditation in your life, calm is instated naturally. It lives within you, thus bringing you to the unified or transcendent realm of pure consciousness that exists in every human being.

The effect of Transcendental Meditation

Studies show that during TM, the mind arrives at a level of rest and relaxation that in many cases, is even deeper than when you sleep, and it allows you to get rid of tension and anxiety.

Studies also show a greater impact on the amygdala, the frontal lobe, and both hemispheres of the brain. It reinforces the connections between the frontal lobe and the posterior part of the brain, which improves decision making, planning, judgement, and reasoning.

Thanks to neuroplasticity, the neural connections that are stimulated during meditation last all day. As such, the brain evolves from chaos to coherence, integrating the day’s successes with much more clarity, seeing an increase in alpha waves, which are involved in states of calm and alertness. It allows the mind to settle into itself, deeper than thought, in the most silent and tranquil part of consciousness, the deepest self.

The benefits of meditating

At the hormonal level, cortisol is secreted by the adrenal gland when we find ourselves in a state of anxiety, entering into a feedback loop. However, the levels of this hormone are reduced up to 30% when we meditate, while the levels of serotonin and prolactin tend to increase, both of which influence the sensation of well-being.

At the physical level, habitual practice is related to a significant decrease in blood pressure, cholesterol, risk of stroke, arteriosclerosis, and heart attack, as well as a wide range of associated disorders.

What is a mantra and how is it used in meditation?

For the mind to calm effortlessly, in Transcendental Meditation you use a mantra, which is personal and private.

A mantra is a sound or word that is recited silently, has no meaning, and always has a positive frequency. The mantra is provided by an instructor trained in Transcendental Meditation. The technique is taught over four consecutive days, and during the first meeting, the instructor gives you the mantra that will serve as a vehicle for you from then on.

A calm state of mind already exists within all of us naturally, so you don’t have to create it. The mind tends to get carried towards whatever is most satisfying. For example, you’re at a party and you’re in a conversation that you’re not interested in at all, but not very far from you, you hear a few people talking about your biggest passion. Where does your mind focus its attention? This phenomenon occurs spontaneously, in the same way that the mind relaxes when we meditate.

“Whatever we put our attention on will grow stronger in our life.”

So, during Transcendental Meditation, the mind is allowed to flow inward naturally, meaning the mind is automatically directed towards calmness, resulting in both mental and physical relaxation.

How to Calm a Restless Mind

Culture
Orpheus and Eurydice - A Myth about Love

The myth of Orpheus and Eurydice is about the kind of love that can go beyond death. The legend says…

Several studies have indicated that being constantly plugged into the Internet diminishes our critical capacity. This isn't a conjecture. Rather,…

Each one of us relates to people in different ways. Thus, there are people who prefer close contact and others…