How to Take Advantage of Silence 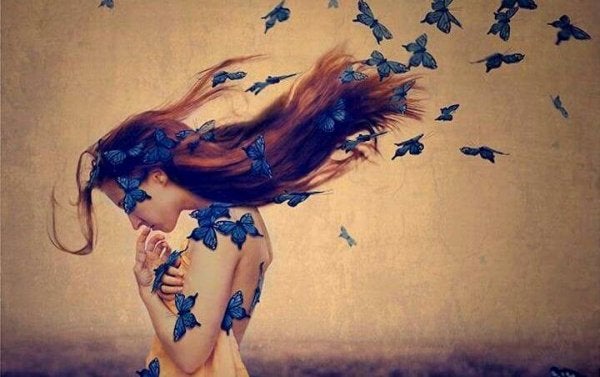 We tend to think that when the other person is silent during an argument, it means we’re right, but actually, this silence is a chance to reflect and listen, especially if the argument is full of contempt. Remember that silence doesn’t necessarily mean they’re giving in. Sometimes, the other person’s silence can show you how much your words hurt them when they left your mouth without control in the heat of the argument.

Being quiet and listening shouldn’t be a sign of weakness. It should be a sign of intelligence, respect, and understanding, because if we all shouted, nobody would listen or learn. If we all shouted, none of us would be right, and words would simply fly uncontrollably. Without being picked up by anyone’s ears, they would lose all their meaning, or worse, they would become bullets full of insults that do nothing but cause harm.

“The path to all great things passes through silence.”

We’re slaves of our own words

Words are not usually gone with the wind. Rather, they stick like daggers to the heart of the person who hears them. Don’t try to put a band-aid on a wounded heart that’s been pierced by your words. Be quiet before it’s too late, reflect, and put yourself in their place.

When arguments continuously return to the same subject without arriving at an understanding – that is, when they go in circles – it’s common for emotional escalation to occur. This escalation consists of rehashing the reason for your anger again and again without stopping to think about the other person’s point of view. Voices raise, and your responses are always the same, which makes effective communication impossible.

Recognize that if you exhaust all your words, it’s very difficult to say something new. This is because you keep using the same words with the same message to express yourself. This is a sign that you’re not listening, that you’re ignoring what the other person is saying.

If one person quiets down and listens, reflects and tries to empathize, but doesn’t give in, it means they’re using all of the methods they can to improve communication. In this way, silence can be a big ally. Consider that a good communicator uses silence to see where they made a mistake and how they can improve their next response.

“Silence is the loudest noise, perhaps the strongest of all noises.”

In silence, words gain the value they deserve

After the silence, if it’s not poorly interpreted, calm usually comes. Now there’s been time to reflect and find a way to meet the other person in the middle, which allows you to communicate what’s really bothering you. This is when you realize that your point of view is not the same as your opponent’s, and that you don’t feel the same because you’re not the same person.

You have to explain yourself in the best way possible, expressing your emotions without hurting the other person. One useful tool is using “I statements.”

“I statements” are ones that don’t include blame. Instead, they come from what you feel, think, and want. This takes blame away from the other person while still allowing you to express how you feel.

An “I statement” would involve saying “I think that/I feel that/I believe that…” instead of the typical “you did/you said/you made me feel…” These statements involve complete communication. That is, you can start by describing the situation or what the other person did, without judgments, and then introduce the I statement, and then end with an alternative way things could have happened.

Here’s an example of a complete series of statements:

But it takes effort to get into the habit of this way of communicating. Listening, reflecting for a minute in silence, and responding doesn’t come automatically if you’ve never tried it before.

It’s normal that if you’ve spent your whole life communicating in a different way, it might feel a little awkward at first. You might even feel like you lose a bit of strength, but in the long run, it will help you build much smoother, more open relationships.

For some people, it is very difficult to accept that an ex has started a new relationship. This can owe…

We always want to have everything under control and, when it seems that finally we've got there, we end up…

Wellness
Why Don't I Have the Significant Other That I Want?

Sooner or later, we all ask ourselves the same questions. Who am I? Where am I headed, and who I…

There are people who habitually weigh in on and judge how others live their lives, their achievements, and the decisions they make.  This happens despite no…

How many times have you tried to bottle up or mask sadness? Ever since we were little, society has told…