Thomas Szasz, The Most Revolutionary Psychiatrist 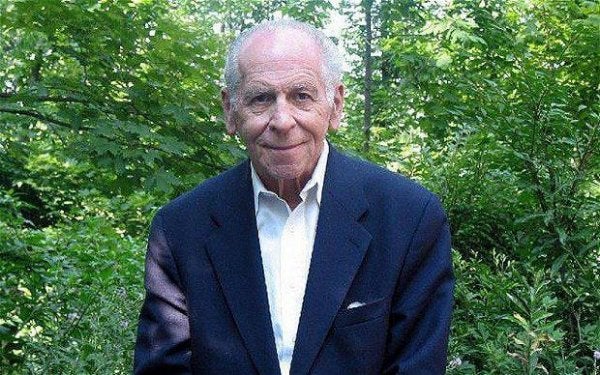 The name Thomas Szasz awakens all kinds of emotions in the world of psychiatry. They love him and they hate him. They revere him and they doubt him. Nevertheless, his theories turned into an actual revolution during the 1960s.

Thomas Szasz was born in Budapest (Hungary) in 1920. When he was 18 years old, his family moved to New York. They were Jewish and needed to escape Nazi persecution. He always stood out for being an exceptional student. He first earned a degree in physics and then went on to earn his degree as a physician from the University of Cincinnati.

“The plague of mankind is the fear and rejection of diversity: monotheism, monarchy, monogamy and, in our age, monomedicine. The belief that there is only one right way to live, only one right way to regulate religious, political, sexual, medical affairs is the root cause of the greatest threat to man: members of his own species, bent on ensuring his salvation, security, and sanity.”

At age 30, Thomas Szasz also got his degree as a psychoanalyst from the Chicago Institute for Psychoanalysis. He later became Professor Emeritus of Psychiatry at Syracuse University in New York. He was named member for life of the American Psychiatric Association.

Thomas Szasz and the myth of mental illness

What catapulted Thomas Szasz to international fame in the behavioral sciences was the publication of his book The Myth of Mental Illness. This book has caused a lot of controversy since it was published.

He began by criticizing what most consider the bible of psychiatry, the Diagnostic and Statistical Manual of Mental Disorders, or the DSM. This manual contains descriptions of all the different types of mental illness, according to the American Psychiatric Association. It also classifies, defines, and recommends treatments for the disorders.

The DSM included “disorders” such as homosexuality, divorce, crime, and many others. This is laughable, as this manual is used to treat millions of people all over the world. Thomas Szasz strongly criticized this manual. In fact, the thought it had no scientific basis at all.

Psychiatry as a form of social control

Thomas Szasz’s most controversial opinion is that psychiatry is a means of social control, not a science. In his core works and throughout his life, he repeated this idea over and over again. He argued that mental illness itself doesn’t really exist.

He asserted that the mind isn’t physical and doesn’t get sick. Simply put, society just refuses to tolerate some behaviors. These behaviors get labeled as “diseases”. This means they put all their effort into making the individual behave as most people do. They call that “normal”.

Thomas Szasz also said clearly that psychiatry doesn’t diagnose, only stigmatizes. He was a scathing critic of the “invention” of childhood diseases such as the famous Attention Deficit Hyperactivity Disorder, ADHD.

A revolution in psychiatry and in politics

Another thing that Thomas Szasz questioned was drug policies. He pointed out that the State told society what psychoactive drugs to take and which ones not to take. This being the case, certain psychiatric medications are legal but substances like marijuana are illegal. This is true even though it’s scientifically proven that the use and abuse of psychiatric drugs have worse consequences.

Therefore, Thomas Szasz joined the movement known as “antipsychiatry”, which David Cooper and Ronald Laing created in the late 1950s. Among his followers were great intellectuals such as Michel Foucault, Franco Basaglia, and Ramon Garcia. Undoubtedly, Thomas Szasz gave it greater visibility.

Ultimately, Thomas Szasz was an extraordinary defender of the individual freedom and civil rights of those labeled mentally ill. Throughout history, society subjected these people to all kinds of exclusion. The medical community supposedly treated them to help them lead a more “normal” life.

Thomas Szasz’s beliefs are still valid although everyone has accepted the DSM. However, the worldwide practices of biological psychiatry are still too limited to treat the disorders they define. Whether Szasz was right or not, we shouldn’t overlook his approaches.

The Renaissance Of Anti-Psychiatry
Antipsychiatry was a movement which protested against psychiatric methods in the 60s and 70s. Read on to see whether it still has a voice today. Read more »
Link copied!
Interesting Articles
Psychology
The Hidden Cost of Rewards

When you reward someone in a conscious way, you do it with the intention of reinforcing certain behaviors or attitudes. This is especially true in the case of children. However,…

Psychology
A Look Inside a Liar's Brain

When someone lies over and over again they stop emotionally responding to their own lies. This complete lack of feeling also makes it easier for them to keep lying. Most of…

The scene never stops being repeated and imitated, and not because it’s particularly archetypal.  There is always a couch, a…

Thinking aloud is not always a sign of insanity, but it improves our mental ability. Private speech makes us more…

Psychology
Autumn is the Year's Sunday

Most of the time we forget that a change in the year's seasons means our bodies have to do some important adapting. Less sunlight during the autumn and winter seasons, for example,…