Thinking Too Much About Memories Means Living Less 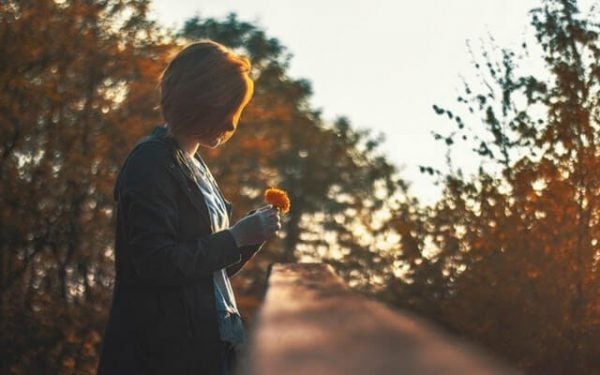 Living in our memories is limiting. Somehow not enjoying the present is like not taking advantage of it, given that it’s the moment to experience things. Life is not about reminiscing, it’s about acting instead. It’s not about going backward, but forward. It’s also not about being stuck between the past and the future as if the here and now didn’t exist.

“Yesterday is but today’s memory and tomorrow is today’s dream.“

Memories are deceiving because they’re colored with events from the present and traps of the mind. The difference between fake memories and genuine ones is the same as with jewels: the fake ones are often the ones that look the most real, the ones that shine the most.

Author, screenwriter, and director Ray Loriga stated in his book “Tokyo Doesn’t Love Us Anymore” something that scientists have long warned us about: “Memory is like the most stupid dog, you throw it a stick and it brings you any old thing.”

“May you live every day of your life.”

Life would be impossible if we remembered everything

In an interview, someone asked Albert Einstein what he did when he had a new idea. If, for example, he wrote it down on paper or on a special notebook. The scientist replied decisively: “When I have a new idea, I don’t forget it.” And it’s true. When something thrills us, it’s almost impossible to forget.

Thus, we remember what’s truly important and what’s capable of exciting us because it activates the areas and connections of the brain that work to retain that memory. The problem is that the brain retains intensely what we should forget. Nothing sets a memory so strongly as the desire to forget it.

Reverse psychology warns us that forgetting is necessary to store relevant memories. In the end, it’s possible that our memories are not as silly and actually bring us something instead of the stick we throw to it.

“You must live in the present, boost yourself with every wave, find your eternity in every moment. The silly ones stand still in their island of opportunities while looking at other territories. There isn’t another territory, there is no other life but this one.”

Memories are the perfume that endures

Pleasure is the flower that blooms when we live, act, or do. With it, we build our memories every day, which will be the perfume that endures. The happiest of memories are those of the moments that ended exactly when they should have, without dragging them on.

Therefore, we don’t remember days but we do remember moments. That’s why we should make new experiences again and again. The fortune of life resides in the memories we keep making. Constantly acting is a bit hard to do, even more so if we’re stuck in our comfort zone. However, we have to do it to live intensely.

In spite of having a tangible physical body and being able to perceive the outside world with all our senses, we’re used to living in our minds. Nonetheless, we need to make a decision. We can spend our life reminiscing about what happened in the past and how it made us feel. On the contrary, we can take control of our experiences and, of course, of our emotions. We’ll only be able to enjoy our existence if we do this.

The key to living more than reminiscing is thinking, imagining, and expecting less. Accepting what we have and nothing more. Living in the moment without letting ourselves get distracted by the traps of our mind.

In general, we’re always preparing to live but we’re never living. Life, however, should work the other way around. Happiness is not in another place but in the present, in the here and now. Always remember that.

We All Have Memories That Ruffle Up Our Souls
Read more »
Link copied!
Interesting Articles
Personal Development
Learn to Come First, You're Your Priority

Wellness
Thank You Letter to My Mother, for Her Love

You do not know how much I love you and will love you. Of course, you should be able to…

Wellness
The Seven Logs: Common Challenges We All Face in Life

Life is full of challenges, and none of us is exempt. Situations we run into impose vital challenges that often…

Wellness
6 Keys to Educating Your Kids with Love

One of the biggest responsibilites in our lives is raising our kids. In order to help our kids develop and have the…

There is a saying that there are two types of people in this life: those who put their books in order…

Wellness
The Therapeutic Strategy for Turning Anger into Compassion

Anger is a poisonous emotion that is born out of perceived danger and threats. Its evolutionary purpose is to motivate…