The Zeigarnik Effect: Anxiety for the Unfinished

The Zeigarnik effect could explain why you sometimes regret not having done certain things instead of regretting having done other things. 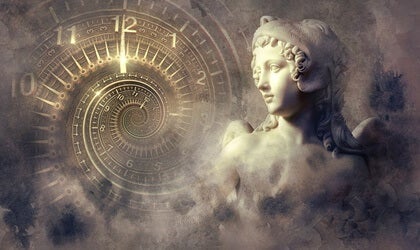 The Zeigarnik effect is a reminder that the human brain doesn’t like to leave things undone or be given ambiguous or imprecise information. For example, this explains why people find it annoying when someone leaves without an explanation.

Film and television scriptwriters know this psychological phenomenon very well. That’s why they’ve been using cliffhangers for decades to retain the audience. This technique consists of placing the maximum possible tension, sensationalism, and emotion right at the end of an episode or a movie. This abrupt and unexpected conclusion forces the viewer to be on the lookout for new information.

Understandably, you might often end up tired of these “tricks” because you know you’re being manipulated. However, on a day-to-day basis, it’s almost impossible not to be subjected to this interesting and sophisticated mental mechanism.

Cognitive psychology has always been interested in the Zeigarnik effect and the intrusive thoughts that appear when there are pending tasks or unfinished experiences. Moreover, this phenomenon could also explain why people often regret more what they didn’t do than what they did do.

“Whatever it takes to finish things, finish. You will learn more from a glorious failure than you ever will from something you never finished.”

The Zeigarnik effect in an Austrian restaurant

In 1920, in a small Austrian restaurant, there’s a young Russian psychologist Bulma Zeigarnik, sitting and somewhat impatient because her teacher, Kurt Lewin, was late. At one point she stopped looking at her watch and, like the good scientific observer that she was, she started paying attention to what was going on around her.

She realized something curious. The waiters had amazingly memorized each of the customer’s orders. It didn’t matter how complex the combination of dishes and drinks was, they never failed once.

But Bulma saw something even more striking: when customers paid the bill, the waiters instantly forgot each person’s order, yet they remembered every detail of the orders of customers who hadn’t paid yet. In other words, the unfinished transactions were the “pending tasks” that the brain couldn’t forget.

It didn’t take long for young Bulma Zeigarnik to go back to the university and start her famous study on the phenomenon, which she finally published in 1927, under the title “On Finished and Unfinished Tasks”.

The anxiety of the unfinished

People often say that what’s unfinished or what never came to be has a singular beauty to it. There’s a certain melancholy and sadness about these things, a strange anguish for everything that, due to whatever circumstances, couldn’t be completed or even attempted.

A good example of this is Franz Schubert’s Symphony No. 8, commonly known as the “Unfinished Symphony“. According to experts, it’s an exquisite musical piece that the author left incomplete due to illness.

The phenomena of feeling bad for not having dared to start a relationship with a person are what authors such as Savitsky, Medvec, and Gilovich, 1997 describe as “painful omissions”. It causes discomfort, anger, or despair when people don’t answer a question, when they promise things that they never fulfill, or when a relationship ends due to unclear reasons.

Ambiguity and the Lost phenomenon

Schiffman and Greist-Bousquet (1992) conducted a study at the University of Michigan in which they demonstrated another characteristic of the Zeigarnik effect. The brain doesn’t like ambiguity.

In other words, not being able to finish something is as distressing as not understanding it, or as seeing new ambiguous information that makes you question what you’d already believed. An example of this in TV history is “the Lost phenomenon”. Lost, broadcast between 2004 and 2010, was an experience of great psychological impact for many, especially because of its ending. For a good part of the audience, the show was too ambiguous and difficult to understand.

In this case, the Zeigarnik effect was double. Many questions remained unanswered and many others weren’t “enlightening enough”, according to viewers. This perhaps caused the impact of the show to last longer.

To conclude, there’s something worth reflecting upon. Whether you like it or not, reality and life are full of the Zeigarnik effect. There’ll always be scenarios in life that are ambiguous, inexplicable and events that require personal inference, just like in a David Lynch production.

Therefore, you must be able to tolerate uncertainty and voids where logic doesn’t dwell. Life isn’t a video game where you can pause a fight and resume it later. Some problems can’t be solved and will forever remain in the universe of your mind.

Be that as it may, it’s always interesting to delve into these psychological phenomena to understand the metrics and uniqueness of your own wonderful brain.

Don’t Leave Things Unfinished
If you leave things unfinished, it's more than just carelessness, something to take lightly. From a psychological point of view, it is a symptom that you shouldn't overlook. Read more »
Link copied!
Interesting Articles
Theories
William James and His Conception of the Truth

Theories
Description and Characteristics of the Pleasure Principle

The "pleasure principle" is all about those moments when you're blissful and happiness comes out of your every pore. Above…