The Vikings: Were They Bloodthirsty Killers?

It seems that the image we have of the Vikings is more myth than reality. In fact, they were more farmers than warriors. 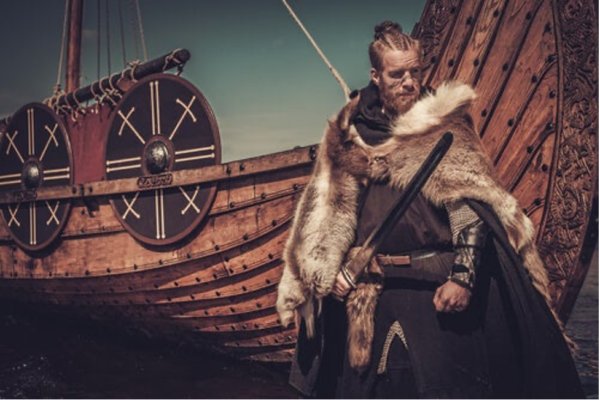 Of all peoples throughout history, the Vikings are surely one of the best known and admired. They’ve inspired a multitude of novels, series, feature films, and epics. Consequently, we all have a very definite picture of what these sailors and warriors were like. However, what we really know about them is, in fact, far from clear. Indeed, what we do know often contradicts the popular legends that surround them.

What you have to remember is that, as with other early historical groups. Much of what was written in the 8th and 9th centuries about the Vikings was written by their enemies. If you add to these rather sketchy details the incredible cultural shock their arrival would have caused Western and Southern Europe, this perhaps explains the cocktail of information that exists today about these people. So is this story of ruthless, bloodthirsty, and invincible invaders actually true?

Europe in the 8th century

In the year 476 BC, Romulus, the last of the Western Roman emperors, was deposed by Odoacer. It seemed like the end of an era, but the reality was very different.

After the crisis of the third century, the arrival of barbarian tribes and loss of power in Rome resulted in the disintegration of the empire into more or less independent territories. And from a modern perspective, the Arabs or the Vikings were just another race who invaded the Christian world in those days. However, seen through their eyes, it was quite another matter.

The truth is that the new kingdoms born of the union between Roman and barbaric culture actually enjoyed stability and peace. With the exception of the Iberian Peninsula, the rest of the territories weren’t afraid of an invasion.

The barbarians had been Romanized and Christianized, and war between Christians respected certain codes. There was no threat from the Arabs on the Cantabrian or northern coasts or inland territories. In addition, Saxons or other people who worshipped ancient gods weren’t a powerful threat.

Vikings on the coasts

In the year 793 AD, in the Lindisfarne monastery in England, the first relevant Norman attack on the West took place. That’s how the so-called Viking era began. This confrontation, like so many of the ones to follow, was extremely one-sided.

Many of the monasteries, ports, and towns close to the European coasts lacked defenses, unlike in the Mediterranean world. Furthermore, the monks and villagers weren’t prepared for war.

The Vikings, not yet Christianized, didn’t respect holy places. After centuries of refined “Christian peace”, the barbarity of these northern giants proved absolutely traumatic. Due to these stories, people believe what they believe about them. However, as the victories of Abd-ar Rahman II, Ramiro I, and Louis III demonstrate, these Normans were vulnerable.

Those who suffered looting by the Vikings experienced a whole range of cruelty and torture. Written sources depict scenarios that had never been seen before. However, it’s difficult to say how much of this was an exaggeration.

Some Norman leaders, such as the famous Ragnar, do seem to have been savage. Others, however, could have been indistinguishable from other armies of the time. It certainly seems clear that practices such as “the blood eagle” are the work of chroniclers’ imaginations.

There were a number of reasons why the Vikings were considered legendary warriors. Firstly, they had an air of invincibility, arrived unexpectedly, and generated terror in otherwise peaceful lands with their looting. Furthermore, Christians didn’t recognize their culture.

Today, archeological evidence suggests that, rather than soldiers, they were more likely to have been farmers and traders. In fact, they didn’t undertake any looting until their homelands were suffering from overpopulation crises. And even in the times of the greatest violence, their main source of income continued to come from trading.

The invincibility of the Vikings

Viking ships, capable of navigating European rivers, allowed them to carry out rapid surprise attacks. And a Viking’s height, which by today’s standards wouldn’t exceed the European average, actually made them giants in the Middle Ages. Their terror tactics meant their opponents tended to surrender, and so combat was avoided. Furthermore, their military discipline was powerful, certainly according to the standards of the time. However, they were far from invincible.

Whilst it’s true that they accumulated astonishing victories in Western and Eastern Europe, they never conquered. It’s true that their rapid attacks and escapes assisted them in their looting practices, but European monarchs soon took action against them.

As the victories of Ab-ar Rahman II, Ramiro I, and Louis III demonstrated, these Normans were vulnerable. Indeed, after these initial decades, they started to ally themselves with the different factions of European politics. Eventually, they became fully integrated into the world that had previously feared them.

Today, legend and history continue to intertwine in the legacy of one of the most fascinating peoples of the Middle Ages.

Ragnar Lodbrok – Reflections of a Legendary Hero
If it weren't for the Vikings series (Michael Hirst, 2013), many people wouldn't know about Ragnar Lodbrok and the Norse gods, nor about Viking traditions. Read more »
Link copied!
Interesting Articles
Biographies
Pythagoras: Mathematician and Magician