The Uses of Electroconvulsive Therapy

Electroconvulsive therapy, or ECT, has been successfully used in the treatment of many serious disorders that haven't responded to drugs. In this article, we're going to take a deeper look at this intervention that has a bad reputation that perhaps it doesn't deserve. 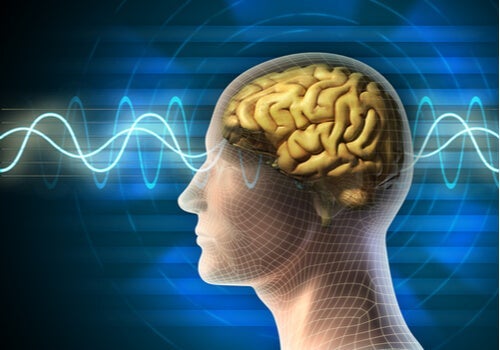 Electroconvulsive therapy, or ECT, still carries a certain stigma, partly because of the image it has received in films and television. However, over the years, there have been many improvements in the procedure, and specialists have established protocols and recommendations for implementation.

As a result, it’s now a safe and effective technique that’s tolerated well by patients. With this procedure, it’s been possible to obtain improvements and even remission of symptoms in diseases that didn’t respond to conventional treatments.

Electroconvulsive therapy involves sending small electrical currents through the brain. The goal is to trigger a brief seizure capable of causing changes in the brain that can improve certain problematic symptoms.

Specialists always conduct the procedure in a hospital and under short-term general anesthesia. They place several electrodes on the person’s scalp through which they send an electrical current.

The simulated seizure lasts about 40 seconds and the person will wake up after a few minutes without having any recollection of the treatment.

In order for it to be effective, you must apply it repeatedly, several times a week, for a total of six to 12 sessions. Sometimes, it’s advisable to continue with follow-up ECT, with applications being spaced out over time.

The uses of electroconvulsive therapy

Electroconvulsive therapy has shown great efficacy in the treatment of depression, with significant improvement rates in 80% of cases, surpassing results achieved through medication. In addition to this, it’s a safe and fast procedure.

Experts specifically recommend it in cases of severe depression, where the patient doesn’t react to treatment through medication. It’s also an effective option when there’s a risk of a depressed patient committing suicide and where rapid improvement is necessary. In addition to that, it’s particularly effective in the treatment of geriatric depression.

The effectiveness shown by electroconvulsive therapy in treating bipolar disorder has been similar to that of lithium, one of the most widely-used drugs to treat this condition. However, ECT actually yields faster results. The cases that most commonly benefit from this technique are those with greater psychomotor agitation.

Catatonia is a clinical condition that can result from a variety of disorders. In this condition, the person can remain immobile, numb, and unresponsive to external stimuli. Response rates to ECT in this syndrome are between 80% and 100%. Because of this, ECT is one of the best treatment alternatives for this syndrome.

ECT is a recommended option in the treatment of schizophrenia and also other psychotic disorders in conjunction with antipsychotic drugs. Wherever it’s possible, there’s a more rapid improvement if the two solutions are combined.

The efficacy is greater the more acute the episode and the shorter the duration. Similarly, cases with significant motor and behavioral impairment benefit most from this treatment.

The adverse effects of electroconvulsive therapy

Currently, doctors consider ECT to be a last resort treatment. They usually reserve it for cases where the person doesn’t react to drugs or does so insufficiently. Doctors will also use it for risk situations that require a rapid response. In addition to that, they’ll also use it if, for whatever reason, the patient isn’t able to take the recommended medication.

However, many researchers believe that this treatment shouldn’t just be a last resort, as it’s been shown to be an effective and rapid alternative.

As long as the specialists follow the correct protocols, it can be considered a safe procedure. However, we should always take into account that all interventions have risks. Nevertheless, it could well be the best first option for tackling many illnesses, diseases, and conditions.

Untreated Depression Has Neurodegenerative Effects
Untreated depression can affect he brain. Inflammation, memory issues, and changes in the size of certain brain areas are the possible consequences. Read more »

Link copied!
Interesting Articles
Therapies
Emotional Dependency - What It Is and How to Overcome It

Therapies
Metaphor Therapy and the Language of Intuition

Metaphor therapy makes use of the poetic and literary language of stories and fables. Some ancestral cultures use metaphor therapy…