Discover the straw man fallacy in this article! 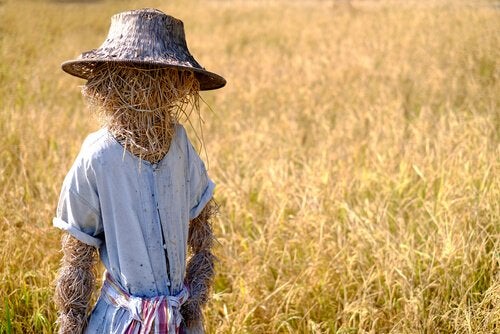 Arguing with some people can be very nerve-racking. Instead of using rational arguments or sticking to the facts, sometimes your opponent might use disingenuous claims or appeal to emotions instead of reason. Some people also resort to the straw man fallacy.

Fallacies are arguments that may seem valid but aren’t. Although they aren’t logical, it’s rather common to see people using them in different settings. The conclusions that derive from those wrongful arguments will, therefore, be wrong as well or not entirely true.

The straw man fallacy is when someone takes their opponent’s argument and twists it to make it seem less credible. Nowadays, it’s one of the most common forms of manipulation. In this article, we’ll tell you what it is and share some examples.

Philosophy and psychology study fallacies. For centuries, knowledgeable people have tried to identify the different wrongful arguments that may seem correct.

For many years, experts believed that human beings had the ability to think rationally. However, in the last decades, studies have revealed that rationality is actually an exception. Contrary to what people believed, humans tend to get carried away by unconscious biases.

Thus, when you’re presented with an argument, many times it’s difficult to know whether the person is using logic or not. When an argument seems rational but actually isn’t, you’re probably facing a fallacy. Although there are many different types of fallacies, the straw man fallacy is the one people tend to use the most.

What is the straw man fallacy?

The straw man fallacy consists of twisting a valid argument to make it seem wrong. This way, it’s easier to refute the argument and make the other person lose credibility. In general, people use this strategy to defend political, religious, and social beliefs.

This is the structure of the straw man fallacy:

Examples of the straw man fallacy

Picture a debate about changing the legal drinking age:

As you can see, person B didn’t respond to person A’s argument. On the contrary, person B took the argument to the extreme. That way, they avoided discussing a rational plan or solution.

In this case, person B doesn’t really understand evolution. Therefore, instead of making a logical point, they used a fallacious argument that didn’t respond to person A’s argument. In this case, this fallacy can also be seen as an appeal to extremes.

The straw man fallacy is one of the most commonly used fallacies, which is why it’s very important to identify it. Only by learning the different types of fallacies will you be able to debate using logic and rational arguments.

Philosophy and Psychology
The Nuances of Atheism