3 Fallacies That Hinder Us Without Our Notice 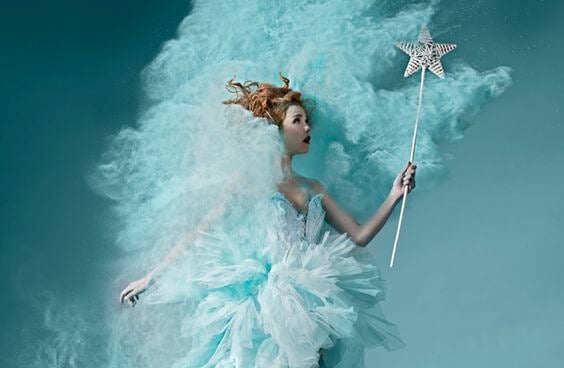 Fallacies are defined as affirmations or ideas that have the appearance of being true, but which in reality are not. Sometimes they are our own construction, but other times are collective beliefs that everyone takes for granted. Fallacies are not easy to detect because they are not absurd or trivial proposals. They follow logic, even if they are not true.

A good example of a fallacy is when a prejudice takes hold. Let us suppose that there is someone who has been caught telling a lie. Later, when they claim something, another person says that they cannot believe them because they are a liar. In other words, a general conclusion is extrapolated from a particular situation and it is applied indiscriminately. Although the past fact is true, the reasoning that is adopted is false.

Fallacies do not just take hold in relation to others; they are also created to be applied to oneself. This erroneous reasoning detracts from our well being. The following are three common types of fallacies that prevent us from being the best we can be.

“An opinion with no knowledge, argued with another person’s fallacies, is the first step towards loneliness”

There are two large fallacies related to control over situations and over other people. The first could be called the “fallacy of helplessness.” This refers to all of those particular examples that we propose to try to support the hypothesis that we cannot do anything when faced with a situation, when this hypothesis is not at all true.

This leads us to justify the total lack of action on our part under the supposition that everything is outside our control. This fallacy shows up in all circumstances in which you say “I can’t” and you attribute that inability to something outside yourself. An example: “I couldn’t say anything because that person would have been furious.”

“Justice” is one of the most imprecise concepts that exists. What is right and what is not depends on each culture and almost every person. There are very few situations in which we can apply what could be called “universal justice.” There are always considerations that make this concept more nuanced.

However, there are people take it upon themselves to define what is right and what is wrong. The problem is that they only take into account their own perspective, their own needs, their own fears and desires, but not those of other people. This is why they constantly repeat that everything that happens to them is unfair.

They think that the whole world should have a balance to measure quite precisely what they deserve and, of course, offer it to them. This is a fantasy that only ends up tormenting them because nobody is constantly calculating the prizes and punishments for everyone around them. In the world, not all good behavior is rewarded and not all bad behavior is punished.

Fallacies of change cause us to believe that everything has to change in order for us to be happy. If we do not feel comfortable with our job, the working conditions should change. If our do not have money, then the economic system should change. If our social relationships are not the best, others should change and be more considerate, more understanding, or different in some other way.

Under this fallacy, we never take a moment to think that maybe we are the ones who need to change. That maybe it is our inability to adapt that turns work into a rather unattractive place that is difficult to deal with. Or that failing to manage our finances is keeps us from having enough money. Or also that if we were more sociable, nice, and understanding, we could get the same back from others.

Someone once said, “It is easier to put on slippers than to carpet the whole world.” However, for those who are victims of this kind of fallacy, exactly the opposite happens: the world should adapt to them and not them to the world.

Link copied!
Interesting Articles
Psychology
When Someone Else Appears

When we lose someone, we really don't know what we should do. This is because we are taught how to behave in specific situations from a very young age. We were…

Fortunata Syndrome takes its name from a novel by Benito Pérez Galdós entitled Fortunata y Jacinta. It was written in the 19th…

Psychology
The Empathetic Brain: The Power of Human Connection

The empathetic brain programs us to be aware of the emotions and needs of other people. This is the evolutionary result…