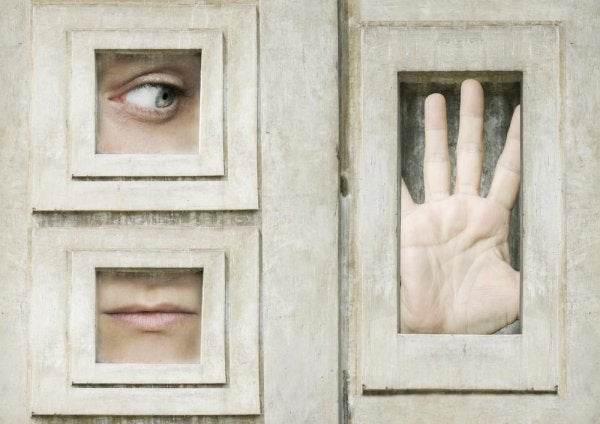 1. The left side of your face is more expressive than the right.

2. The right side of your brain is more closely related to emotional processing and the left side, to languages.

5. There is a gene (the CLOCK gene) that is different in early risers and night owls. So, apparently it’s not simply an issue of preference, but it seems that we have different genetic predispositions to be more active during the day or night.

6. Pheromones do affect our sexuality. Thus, different effects have been observed in mammals:

7. There’s a disease called fatal familial insomnia. It’s hereditary and people who suffer from it can, suddenly, no longer fall asleep. They typically die between 7 and 24 months after the onset of the disorder.

8. We don’t learn while we sleep. Not even unconsciously, contrary to popular belief. Sleep serves as a recovery period for the body.

9. We have all suffered hallucinations at some point or are susceptible to them. For example, in conditions of sensory deprivation (like when we are driving on monotonous road, faced with an intense silence and we seem to hear a voice.) In addition, we may find that upon waking, we seem to perceive a sound that hasn’t previously existed (hypnopompic hallucinations,) or that something has happened, right as you begin to fall sleep (hypnagogic hallucinations.)

10. Seeing faces or shapes in the clouds or in fire has a name: pareidolia. This phenomenon responds to the human tendency to organize stimuli that makes sense of what you see. In fact, there’s a theory that argues that humans acquired the ability to distinguish faces between the leaves and fend off predators.

11. Child dementia is real and it’s associated with diseases such as childhood schizophrenia and other organic degenerative pathologies. These begin at the very early stages of life, imposing a barrier on these children’s proper development, and probably causing an irretrievable loss, as well as blow to the child and their environment.

13. Freud was addicted to cocaine and prescribed it to all of his relatives, friends and patients.

15. Depression affects women more deeply. It could be because, socially, an increased expression of emotions in women is permitted, or because there is some kind of genetic association to female chromosomes with this condition. Or, because other problems, such as alcoholism and addictions mask men’s depression. (It would seem that, in populations where alcohol is not allowed, like the Amish, the tendency is to have equal levels of depression in men and women.)

16. The most depressing season is winter, and it’s believed to be due to the lower exposure to sunlight.

17. However, summer is the season that produces the most manic states. Nonetheless, this point and the former appear to be less evident depending on the latitude where people are located. So, the closer people are to the equator, the less they suffer from these types of problems.

18. It’s possible that, while sleeping, we experience something called a micro-arousal, in which we change posture.

20. After 30 years, our brain gradually begins to lose mass. This may partially explain the reason behind our memory failing us, over time.

Link copied!
Interesting Articles
Psychology
The Impact of Having an Absent Mother

Psychology
How to Handle a Toxic Mother-in-Law

Psychology
It's Time to Release the Emotions You've Kept Quiet

Suicide is both a social and cultural phenomenon that affects a high percentage of the population. Actually, the mortality rate…

There are individuals among us who, despite experiencing setbacks and suffering, have the ability to stay strong, to keep their…