In this article, learn all about the famous Rat Pack experiment! 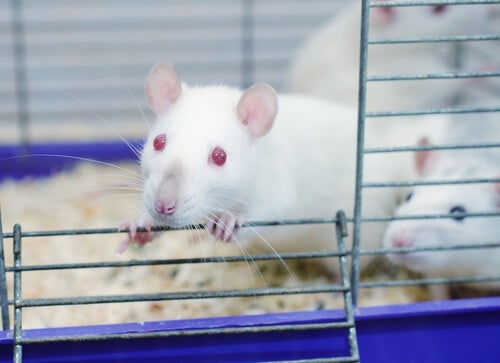 The famous Rat Park experiment offered some fascinating insights into the nature of addiction. Rats are often used for “psychological experiments” due to their genetic similarity to humans. Ninety-five percent of the human genome is identical to that of rats.

Studies involving rats are always conducted in controlled environments (in other words, laboratories). Most lab animals live alone in cages, without any contact with the outside world. This is a completely unnatural way for these animals to live.

“The attitude inherent in consumerism is that of swallowing the whole world. The consumer is the eternal suckling crying for the bottle. This is obvious in pathological phenomena, such as alcoholism and drug addiction.”

In the 60s, scientists used rats to conduct research on addiction. They also used something called Skinner boxes, which were cages designed with electrical devices that could either reward the rats with food or punish them with electric shocks.

These cages allowed scientists and behavioral psychologists to study behavior. The Rat Park experiment broke away from this paradigm. Keep reading to find out why.

What the behavioral psychologists of the 60s did was surgically place a supply device inside the rats. Then, they put them in Skinner boxes (individual cages). After that, they taught them to press the lever in the cage. When they pressed the lever, the rats would give themselves a dose of psychoactive drugs.

In nearly all of the cases, the drug in question was heroin. Heroin is one of the most addictive drugs of all time. The point was that every time a rat moved the lever, they got an immediate dose of the drug. The researchers noticed that, in certain circumstances, some of the rats pushed the lever repeatedly, supplying themselves with large quantities of the drug.

Some of the rats became so intoxicated that they forgot to eat or drink. The only thing they didn’t forget was how to get more heroin. Consequently, many of the rats died in the course of the experiment. The researchers concluded that if people have the same kind of access to this kind of drug, they would suffer the same fate.

Then, Professor Bruce Alexander and a group of researchers from the Simon Fraser University in Canada came onto the scene and proposed the idea of the Rat Park experiment.

Professor Bruce Alexander believed that the fact that the rats were kept isolated made it impossible to draw objective conclusions from the experiments. All of the rats in the experiment were albino, descendant from a breed of Norwegian rats. This is a sociable, curious, and intelligent species. Being isolated in cages was obviously not their natural habitat. With all that in mind, these new researchers came up with the idea to create a rat park.

Alexander wondered if “free” rats would behave the same way as the caged rats. Is there an innate tendency towards addiction? When the rats consumed drugs, was the only possible outcome for them to continue using until they died?

To answer these questions, Alexander started the Rat Park experiment in 1977. His research team started with two groups of animals. One group lived in the normal laboratory cages, isolated from each other. For the other group, however, the researchers built an area 200 times the size of one of the cages. The space was designed to look like a park, with lots of plants and trees.

The researchers dubbed their new experiment the Rat Park experiment and introduced wild rats to the rat park to interact with the lab rats. Both the caged rats and the rats in the park had access to morphine.

The researchers gave the rats a choice between two liquids. One of them contained morphine and the other didn’t. They hid the bitter taste of the morphine with a sugar solution. After a few days, the caged rats started to show a preference for the morphine-spiked liquid. The rat park rats also drank the morphine but not until several days later.

During the course of the experiment, scientists observed that the caged rats consumed 19 times more morphine than the free rats. The rats in the park seemed to understand the benefits of not consuming the drug and resisted doing it, even when they had already tried it. Alexander and his team introduced variations to the experiment. They turned several rats in both groups into addicts, for example, but the pattern didn’t change much.

The Rat Park experiment showed how social isolation can be a determining factor in developing a drug addiction. The company of other rats and the freedom of the park seemed to significantly decrease the rats’ desire to consume. When they did give in to the morphine, the affected rats did everything they could to return to their normal states, even going through a period of withdrawal.

Since our society now mostly focused on screens and smart devices, social isolation is becoming increasingly more common. This could pose a problem in the middle of an already significant addiction crisis. Consequently, the results of the Rat Park experiment are more relevant now than ever.

The Little Albert Experiment is one of the most confusing and controversial stories in the history of psychology. It was…