Myths and Facts about Ayahuasca

Learn more about ayahuasca in this article! 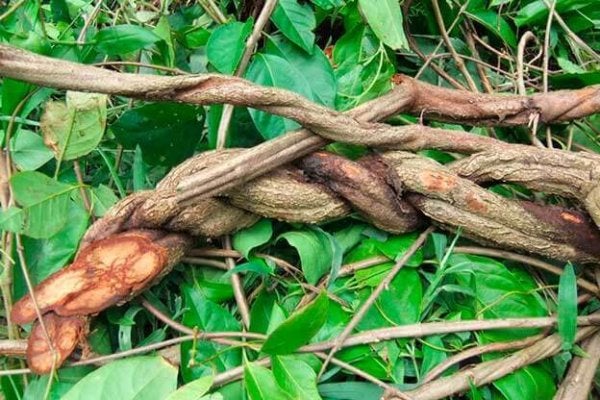 Ayahuasca is a sacred plant for several ancestral communities of Colombia, Bolivia, and Peru, among others. It has hallucinogenic effects similar to those of the so-called “psychedelic drugs”. People use this entheogen to elaborate a compound called ‘yagé’ from the ayahuasca plant. Yagé is basically a drink with strong psychoactive powers.

The indigenous communities that use this plant believe it’s spiritual. They use it to improve physical and spiritual health. For them, this plant is a door that leads to a higher and healing state of consciousness.

Because of this, there are many myths about ayahuasca in the Western world. Many have even ingested yagé to access those ever-so-famous higher states of consciousness people are so interested in.

Others, on the other hand, confuse this plant with a simple recreational drug and consume it without knowing exactly what it entails. In this article, we’ll be talking about the myths and facts about ayahuasca.

For the indigenous people of the Amazon, ayahuasca is, more than anything, a medicine. They’ve been using it for thousands of years both to prevent diseases, as well as to empower their mind. The shamans of these communities organize ayahuasca consuming rituals every 7 to 14 days.

Ayahuasca isn’t the only plant used to prepare yagé. Actually, another plant called Psychotria is used as well, which contains dimethyltryptamine (DMT), a substance that’s banned in several countries. Both plants are cooked to make a liquid substance of dense consistency, similar to that of syrup. The people who prepare them usually dilute them in water before drinking. They have a bitter taste, which many describe as repulsive.

Ayahuasca has somewhat laxative effects. Those who drink it can vomit and have diarrhea within minutes. According to indigenous Amazonians, this is a healing effect.

This purge represents the body getting rid of every single toxic substance. From a psychological point of view, the plant causes “hallucinations”. However, these aren’t the regular hallucinations of a psychedelic drug. Ayahuasca visions lead to a greater understanding of reality.

The effects of ayahuasca vary from person to person, both from a physical and psychological point of view. Its effects don’t only lead to hypersensitivity of the senses but also cause hallucinations associated with the unconscious realities. This explains why someone may have a ‘beautiful’ experience, whereas for others it could be confusing, frightening, and even scarring.

Ayahuasca doesn’t lead to addiction. In fact, there are many people who never drink it again after the first time (the vomiting and diarrhea may be too much for some). Even so, this substance has powerful tranquilizing effects that improve the state of mind. In fact, that’s one of the main reasons why many people with depression try it out.

The dangers of this entheogen

The physical effects of ayahuasca may be extremely unpleasant for some people. It can also be dangerous if a person who already consumes other drugs or suffers from certain diseases consumes it. Shamans always ask about medical history to know if a person can try it out or not.

It’s usual for people to have hallucinations related to their unconscious conflicts. Many see childhood episodes (perhaps traumatic), while others see current events. If there’s an emotional or mental conflict in the making, ayahuasca will most likely make it emerge in a very unpleasant way and with unpredictable consequences. It’s essential to mention that its consumption can lead to psychotic outbreaks, hence the importance of speaking with the shaman about medical history beforehand.

Ayahuasca is consumed in groups. The presence of a shaman is extremely important, as they’re the only ones who know how to guide a group.

Some people and companies offer psychedelic experiences and sell this substance in the streets. If you’re interested in trying it out, do your research, as it’s better to be safe than sorry.

11 Signs You’re Experiencing a Spiritual Awakening
In surroundings dominated by consumerism, egocentrism, and posing, it may seem absurd to talk about “spiritual awakening.” Read more »
Link copied!
Interesting Articles
Curiosities
The Psychology of Phishing: When Emails Are Dangerous

Culture
Why Does Religion Exist?

Right now, just looking at Western culture, religion is considered something private. It is something that everyone keeps for themselves. This is secularism. People can be religious, but behind closed doors. However, this…