The Opioid Epidemic in the United States 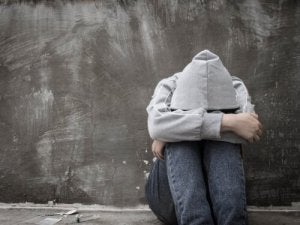 Since 2012, a drug epidemic has exploded in the United States. The U.S. now has the highest number of opioid users in the world.

According to a report from the Center for Disease Control (CDC), in 2017 approximately 72,000 people died from an opioid overdose (primarily fentanyl and heroine). In the U.S., drugs kill more people than HIV, firearms, or even car accidents.

In the face of this growing crisis, the North American anti-drug policy is moving away from the largely ineffective “tough love” approach that it has used for decades.  Lawmakers will move towards a reform of the framework and dialogue around drug use.

Instead of an anti-drug policy based on prohibition and criminalization, this approach will be based on public health, psychology, and human rights. What will that look like, and what will it mean for the U.S.? Let’s dig a little deeper to find out.

The opioid epidemic in the U.S.

The war on drugs in the U.S. has never stopped, it has just changed over time. The introduction of crack around 1984 swept the nation but mostly affected black and Latino people living in urban areas.

At the time, the response from authorities was “zero tolerance.” Law enforcement punished even non-violent drug-related crime very harshly.

“Black and poor youth like marijuana but they don’t tend to use heroine. They grew up watching the drugaddicts on their street and they know what happened to their parents with crack in the ’90s, and they don’t want to repeat any of that.”

On the other hand, although heroin use has increased across all demographic groups, the current opioid epidemic affects primarily middle and upper-class white people.

If that weren’t enough, use of fentanyl, a synthetic painkiller, is also on the rise. That’s primarily due to the fact that it’s made in a lab and it’s easier to transport. It’s even more dangerous than some other drugs, however, because it’s significantly more toxic than morphine and stronger than heroin.

One of the causes of the opioid epidemic has to do with improper use of prescribed opioids like oxycodone and other painkillers. Three out of four heroin users started taking opioids in the form of prescription painkillers.

Several states in the U.S. have sued pharmaceutical companies for allegedly encouraging the use of this kind of medication. What’s more, they accuse the companies of trying to influence doctors.

As awareness about the gravity of the problem spreads, however, doctors are more and more reticent to prescribe these kinds of strong medication.

“Lack of public health, psychiatric problems for teens and young adults, endless lists of painful issues, lack of tolerance of frustration, previous addiction to opioids, etc. There are so many factors responsible for this heartbreaking situation in North America. It’s as if people are trying to turn down the volume on what is happening around them, even if the consequences are fatal.”

There are also more than 2 million people addicted to these chemical substances. In fact, President Donald Trump of the U.S. declared a public health emergency due to the opioid crisis in October of 2017.

Heroin in the U.S. is having devastating effects on the country as a whole

Obama also fought against the abuse of prescription painkillers during his term as president. He asked healthcare providers to reduce the number of opioids they were prescribing, but addicts turned instead to Mexican heroin.

“In Cabell County, West Virigina (U.S.) one in ten babies is born dependent on opioids. Florida is one of the states hit the hardest by the epidemic. There, more than 4,000 people died in 2016 from opioid overdose according to unofficial preliminary reports.”

In West Virginia, drug companies sold about 780 million painkillers between 2007 and 2012. According to the DEA, that’s more than 421 pills per person. Large pharmaceutical companies have banded together and continue to deny the accusations.

In other states like Maryland, lawmakers are releasing special funds that they normally save for natural disasters. In Kentucky, the police, fireman, and even normal citizens are all fighting against overdose. The problem in Kentucky is very serious. If an employer posts a job and requires a drug test, many of the potential candidates won’t even show up.

As you can see, the consequences of the opioid epidemic on U.S. society are quite dramatic.

Changing the approach to the opioid epidemic

Following the example of the fight against cigarette manufacturers in the ’90s, several states have sued some pharmaceutical companies, as we mentioned before. So, the focus has shifted from criminalizing drug users to criminalizing the companies that make the drugs.

The new demographic of users has also helped to call more attention to the problem. Parents and families of this particular group of addicts are more likely to get involved and advocate for their child. They have somehow managed to get the authorities to respond to this crisis with more understanding and compassion.

Now, 15% of the budget is allocated to “reducing harm.” States will focus on increasing access to clean syringes and Naloxone, the medication that can save your life if you overdose.

The broad scope of the opioid epidemic has practically eliminated the brutal and painful stigma associated with addicts. That is a positive development, but there is still so much to do to solve this problem once and for all. Keep reading and researching ways to get involved. Change is going to need to happen little by little.

Drugs Do the Most Damage when you Can’t See a Way Out
There are a lot of different explanations for why people take drugs. An experiment with rats who had either drugged or drug-free water can tell us a lot, though. Read more »
Link copied!
Interesting Articles
Illnesses
Can Viruses Control Our Behavior?

Chronic pain affects about 25 percent of the population in Spain. In a study of 5,000 participants, 43 percent reported having experienced pain in the last week, especially in the…

"Do I have emotional diabetes?" You might be surprised by the number of type 2 diabetes patients who ask their…

Of all the human senses, vision might be the most dominant one. We rely on this capacity to perceive environmental images. Therefore, health-related conditions (such as Charles Bonnet syndrome) that…