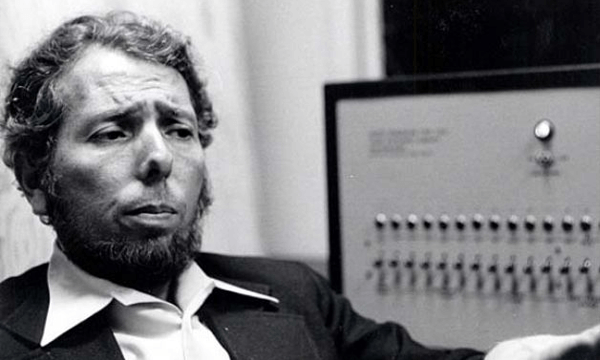 Why does a person obey? To what extent can a person follow an order that goes against their morals? Stanley Milgram’s experiment (1963) may have answered these questions. Answering these questions was his intention.

This experiment is one of the most famous ones in the history of psychology. It also revolutionizes the ideas we have about human beings. Most of all, it gives us a very powerful explanation about why good people can sometimes be very cruel. Are you ready to learn about the Milgram experiment?

The Milgram experiment on blind obedience

Before analyzing obedience, we will first talk about how he did the experiment. First, Milgram placed an ad in the newspaper looking for people who would we willing to get paid to participate in a psychological study. When the subjects arrived at the Yale University laboratory, a researcher told them that they would be participating in an investigation about learning.

In addition, their role in the study was explained to them this way: they would ask another subject about a list of words to evaluate memory. However . . .

The subject was told that the machine which shocked the accomplice had 30 levels of intensity. For every mistake the accomplice made, the subject had to increase the force of the shock. Before the experiment began, the accomplice was given several small “shocks” and expressed how painful they were to the subject.

Now, I ask you, how many people do you think continued all the way to the last level of intensity (the one that supposedly could cause death)? How many do you think reached the level where the accomplice “faints”? Well, let’s look at the results of these “obedient criminals.”

Results of the Milgram Experiment

Before performing the experiment, Milgram asked some of his psychiatric colleagues to make a prediction about the results. Most thought the subjects wound abandon the experiment after the accomplice’s first complaint. They believed about 4% would reach the level which caused the accomplice to pretend to faint. In addition, they thought that only one in a thousand would reach the final level and that it would indicate a pathological issue (Milgram, 1974).

They were totally wrong. Of the 40 subjects in the first testing round, 25 reached the end. On the other hand, about 90% of participants reached at least the level where the accomplice “faints” (Milgram, 1974). The participants obeyed the researcher in everything, even though some of them showed high levels of stress at the thought of hurting another person.

Milgram was told that the sample could be biased, but this study has been widely replicated with different samples and designs that we can consult in the Milgram book (2016). All of them had similar results. A researcher in Munich found that 85 percent of his subjects reached the maximum shock level (Milgram, 2005).

Shanab (1978) and Smith (1998) show us in their studies that the results are generalizable to any other Western country. Even so, we must be careful when thinking that we0re facing a universal social behavior: trans-cultural research does not show conclusive results.

Conclusions from the Milgram Experiment

The first question we ask ourselves after seeing these results is, why did people obey up to those levels? In Milgram (2016), there are multiple transcripts of subjects’ conversations with the researcher. In them, we observe that most subjects felt bad about their behavior. Therefore, cruelty doesn’t motivate them. The answer may lie in the researcher’s “authority” of the researcher, in whom the subjects relegate responsibility for what happens.

Through variations of the Milgram experiment, researchers extracted a series of factors that affected obedience:

These factors alone do not make a person blindly obey someone, but the sum of them generates a situation in which obedience becomes very likely regardless of the consequences. The Milgram Experiment shows us an example of the strength of the situation that Zimbardo (2012) talks about. If we’re not aware of the strength of our context, this can push us to behave outside our principles.

People obey blindly because the pressure of the aforementioned factors outweighs the pressure of personal conscience. This helps us explain many historical events, such as the great support for fascist dictatorships over the last century. It also explains more concrete events, such as the behavior and explanations of the doctor who assisted in the extermination of the Jews during World War II.

Whenever we see behaviors that don’t match our expectations, it’s interesting to figure out what causes them. Psychology gives us a very interesting explanation of obedience. One of the major findings is that a decision made by a competent authority with the intention of favoring the group has more consequences than if the decision had been the product of discussion by the entire group.

Imagine a society under the command of an authority that isn’t questioned versus a society in which the authority figure is constantly put to the test. Having no control mechanisms, logically the first will be much faster at following orders than the second. This is a very important variable that can determine victory or defeat in a conflict situation. This is also closely related to Tajfel‘s social identity theory (1974).

Now, what can we do in the face of blind obedience? Authority and hierarchy may be adaptive in certain contexts, but that does not legitimize blind obedience to an immoral authority. Here we face a problem. If we achieve a society in which any authority is questioned, we will have a healthy and fair community. However, that will fall before other societies during a conflict because it’s slow to make decisions.

At the individual level, if we want to avoid falling into blind obedience, it’s important to also keep in mind that any one of us can fall victim to the pressures of the situation. For this reason, the best defense we have is to be aware of how context factors affect us. This way, when they threaten to overcome us, we can try to regain control and not delegate a responsibility that belongs to us, however great the temptation.

Experiments like this help us reflect on the human condition. They allow us to see that dogmas such as the idea of being good or bad are too black and white to explain our reality. Experiments like this are necessary to shed light on the complexity of human behavior and understand the reasons for it. Knowing this will help us understand our history and not repeat certain actions.

Harlow’s Experiments on Attachment Theory
Children who have been separated from their parents seek attachment in their future relationships. Attachment theory explains this. Read more »
Link copied!
Interesting Articles
Psychology
Elicitation: How to Acquire Information

Informed consent is one of the primary tools psychologists use to put their professional ethics into practice. You could think…

Psychology
You Won't Forget, But You Can Rebuild Your Life