The Psychological Burden of Guilt

If you've hurt someone, it doesn't mean you're a bad person. Nor does it mean you can't find a way out of the situation. What you mustn't do is beat yourself up over it. But you also shouldn't fool yourself into thinking you can just ignore it. 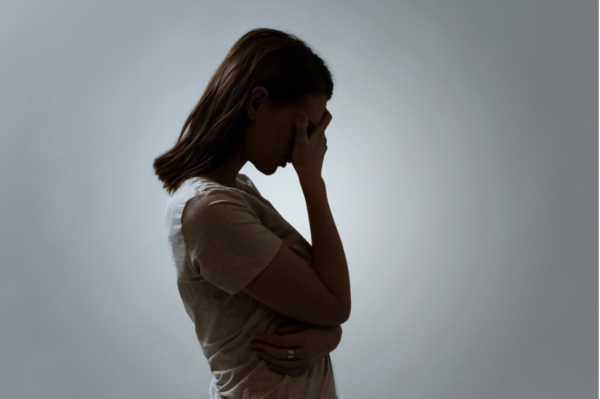 Being aware of the fact that you’ve hurt someone is a step in the right direction. However, it also means you’re carrying the psychological burden of guilt. And you might not find this easy to escape from. You can solve it, but you won’t do it by trying to avoid or excuse it.

Only people with severe psychiatric disorders don’t feel guilt. These people don’t have a conscience. Thus, when they inflict harm, they consider it normal or even necessary. However, a mentally healthy person does feel guilt. Therefore, if you feel guilt, this indicates that you’re psychologically healthy.

However, there are different kinds of guilt, and not everyone is affected in the same way. For instance, there are mistakes that might make you feel a bit uncomfortable yet confident that you’ve done no real damage. On the other hand, there are occasions when inflicting harm can significantly affect you. And then you feel psychologically burdened.

“He who repents his sin and acknowledges it, is forgiven.”

The psychological burden of guilt

Everyone has hurt someone else at some time or another, even if it’s by default. Nobody has so much self-control that they’ve never done any wrong. It might be due to your attitude, actions, or treatment of others. You aren’t born emotionally mature, and you usually learn to be so from your mistakes.

Feeling guilty isn’t so much related to what you’ve done. It’s more due to your perspective on the matter. Some people might feel extremely remorseful over a small transgression, whereas others may easily handle big mistakes.

Guilt also influences the outcome of the situation, your relationship with the person you’ve harmed, and the current circumstances. If the situation had very serious consequences that continued over time, the psychological burden can be very heavy. Furthermore, if the person you hurt is someone you’re fond of, you might find it harder to deal with the guilt. However, you may not always be able to repair the damage. This could be because the consequences of your actions are unable to be reversed or that the person is no longer around.

Hurting someone can lead to two different types of guilt. Firstly, normal guilt. This is characterized when you understand what damage you’ve done, its effect, and what moral rules you’ve broken by your actions. For example, if you made a hurtful comment and then regretted when you realized it wasn’t fair to the other person.

The second type is pathological guilt, which isn’t so clear cut. Sometimes, you don’t consciously recognize the damage you have done. However, it does weigh on your subconscious. This might result in self-sabotage or feelings of shame. You might also feel distrusting and fearful. As a result, guilt manifests itself as the feeling that you’re going to be punished but you don’t know exactly why or how.

Pathological guilt can become an elusive obstacle in your life, looming over everything you do. The paradoxical thing is that you might end up unconsciously longing for punishment, and yet actually administering it yourself without realizing it.

How to recover from the psychological burden of guilt

Forgiving yourself is a fundamental process for good mental health. However, this isn’t as simple as just saying, “I forgive myself”. It’s a process that requires you to recognize the damage that you’ve done and its consequences.

You can’t just leave it to carry on; you have to examine the circumstances as to how and why it occurred. Why didn’t you act in the right and proper way? What stopped you? What were the surrounding psychological circumstances? Why was it impossible for you to act differently?

Causing harm to others is often related to immaturity, weaknesses, or incorrect beliefs. It can also be linked to impulsive behavior due to a lack of self-control, or disputes that can’t be dealt with adequately at the time. It’s always important to try to be a good person and remember that you’re simply human.

After understanding comes forgiveness. Then, fixing what’s fixable by apologizing, explaining your mistake, and promising that you won’t make the same mistake in the future.

Five Tips for Overcoming Guilt
Do you feel that past mistakes and the remorse you feel as a consequence are holding you back? You may need some keys to overcoming guilt. Read more »

Link copied!
Interesting Articles
Emotions
Desperation: When You Think All Is Lost

It's the 92nd minute of the soccer match. There's one minute left. Barcelona is beating Real Madrid 1-0. A Barcelona…