Pathological Guilt and its Web 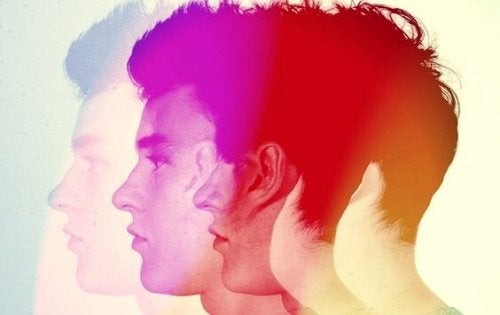 Guilt is a healthy feeling, in principle. Although it generates discomfort, it’s a mechanism associated with self-criticism. It’s inevitable that sometimes we act erroneously and consequently hurt others. In those cases, blame warns us that we have to make amends. However, there are circumstances when self-reproach crosses the boundary of what is reasonable and becomes pathological guilt.

Guilt entails an appeal to conscience. It appears when a principle has been infringed or when a value hasn’t been taken into account. Guilt is a feeling that is strongly related to an ideology.

“Going from innocent to guilty takes one second. Time is that way, doves that sing on a tired tree.”

In psychological terms, it’s practically impossible to determine if a behavior is “good” or “bad”. Even those who hurt others deliberately may be motivated from distortions in their thoughts or emotions, caused by an altered, sick, or dysfunctional environment.

However, each person does that comparison between what is correct and incorrect individually. When people feel they have bypassed their belief system or their morals, they experience regret. Where’s the line between normal guilt and pathological guilt? Let’s examine this.

The difference between a type of guilt that can be considered “normal” and pathological guilt isn’t always clear. The first clue to decipher this is to evaluate its frequency and intensity. A problem with pathological guilt exists when it’s experienced frequently and very invasively.

There are psychological disorders where guilt is present. One of the most common ones is depression. In this state, it’s usual for the person to fall into self-reproach. As a matter of fact, people with depression start to feel guilty for not being able to get out of it.

Pathological guilt is also present in obsessive-compulsive disorders, phobias, and addiction. In such cases, guilt becomes part of the problem. It’s not a healthy type of guilt that helps repair or redirect a certain behavior. It acts more as a factor of constant emotional punishment, which generally worsens the condition.

The different faces of guilt

Sometimes guilt can present itself camouflaged. In these cases, it’s different from the typical remorse when doing or saying something that is reproachable. There is, for example, a type of pathological guilt called traumatic guilt.

This mechanism works as follows. A person is the victim of an abuse or suffers an accident. In cases like this, the emotional impact is extreme. Therefore, “trauma” is present in this person’s life. Although this person is a victim, they develop a feeling of guilt about the situation. That is precisely one of the main effects of trauma. In this case, there’s pathological guilt.

Likewise, there are cases when a person starts to feel guilty simply for thinking of doing some harm, even though they’d never actually do it. There shouldn’t be any feelings of guilt because no harm was done. However, if that person’s morals or superego is highly restrictive, they will perceive their thoughts as harmful.

Pathological guilt can be very invasive. Little by little, it makes a hole and starts to affect different life decisions. It deteriorates self-esteem, although it’s also a product of undervaluing oneself in and of itself. For example, someone who lacks self-love is constantly trying to be liked by others. When they fail, they feel guilty for not achieving this unrealistic goal.

What is required in these cases is opening the mind to be able to see things from different points of view. It’s important to ponder norms or beliefs, especially when evaluating reason and logic. Usually, these beliefs are excessively rigid, which don’t lead to becoming a better person or a better member of society. Their only role is to torment.

A psychotherapist’s help is necessary in many cases. Guilt could have really deep-seeded roots that could make it difficult to deal with without that support. It’s worth making the extra effort to break free from pathological guilt. It’s a devastating force that can ruin lives.

Enjoying a job that allows us to earn a living doesn't always prove easy. We could even say that simply…

Wellness
How Do We Get Through a Breakup?

Who hasn't suffered through a painful breakup? And how did we act afterwards? Sometimes we're not mature, and we crumble…