The Peace and Calm Neurotransmitter

If you want to feel calm and at ease, you don't need to look far. Your neurotransmitters do a lot for your inner peace. 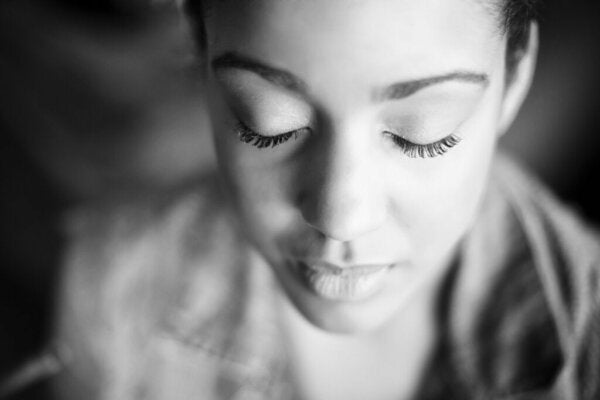 When you think of peace and calm, you probably imagine yourself resting and feeling a sense of generosity and open-heartedness. It also probably seems like a scene from an idyllic, potentially unreachable future. However, if you have the right tools, you can achieve peace in the here and now.

Something important that you need to keep in mind is that, in real life, most of us have high cortisol levels brought on by the stress that we deal with every day. In your attempt to adapt to the chaos of an overstimulating environment, your adrenal gland is hard at work.

To mitigate that stress and help you stay calm, your body secretes a substance called serotonin.

The central nervous system and certain specific cells in the GI tract produce this neurotransmitter. Serotonin has a variety of functions and most of them are related to well-being and calm. People often refer to serotonin as “the happiness hormone” because of the significant role it plays for your well-being.

The Nobel Peace Prize for serotonin

In the central nervous system, serotonin plays an important role in inhibiting anger and repressing aggression. Thus, we could say that this substance is responsible for preventing countless fights and arguments.

An increase in serotonin levels causes a feeling of well-being, relaxation, greater self-esteem, concentration, and motivation. This is all very pleasant and gives you a sense of peace and calm.

In the brain, serotonin regulates anxiety, which puts you in a better mood and makes you happier. It helps put the things that happen in your life in a better light.

Some of serotonin’s primary functions are:

It also mitigates the effects of other well-known neurotransmitters such as dopamine and noradrenaline. The latter can cause anxiety, fear, aggressiveness, eating disorders, and addictions.

Serotonin is found in large quantities in the stomach and intestines and it helps with the digestion process. As if that weren’t enough, it also regulates nausea. That’s because an increase in serotonin levels helps eliminate toxic substances from the gut (through diarrhea, for example) and stimulates the area of the brain that controls nausea.

In addition, serotonin causes vasoconstriction which, in turn, facilitates blood clotting because the platelets in the blood release serotonin to help heal wounds.

At night, your levels of cortisol, the substance that keeps you attentive and alert, naturally drop. That creates a negative feedback with serotonin, which opens the door for the release of the sleep hormone melatonin. The pineal gland is responsible for producing melatonin and is also responsible for regulating your sleep cycles.

When the sun starts to rise, your adrenal gland starts to pump our super fuel, cortisol, to wake you up and prepare you to face the day. This action causes a drop in melatonin, which means your body isn’t transforming serotonin into melatonin anymore and there’s more serotonin available.

Your internal serotonin clock is responsible for coordinating the biological functions of the sleep cycle. It helps regulate body temperature, pump cortisol, produce melatonin, etc. When everything is balanced, you sleep deeply and rest enough to prepare you for a new day.

Does a drop in serotonin disrupt your peace and calm?

Women with lower levels of estrogen and progesterone, however, also have lower levels of serotonin. That can cause hostility, irritability, depression, and anger, especially at the beginning of the menstrual cycle.

Stress, blood sugar levels, and hormonal changes can all affect serotonin. Low serotonin levels show up in your mood. It sometimes causes aggressiveness, a bad mood in the mornings, anxiety, depression, etc. It can even cause migraines because low levels of serotonin cause the blood vessels to dilate.

Other consequences of low serotonin levels

Low serotonin is noticeable in people with depression (negative thoughts and discomfort, for example). Patients with fibromyalgia also have low serotonin levels, which is part of the reason they experience so much pain. Serotonin levels also play a role in sleep disorders.

People who have learning disabilities or problems with memory and concentration sometimes have low serotonin levels. Not enough serotonin can lead to changes in sexual desire and appetite. It might make you crave sweets, or eat frequently.

Negative thoughts that always highlight what’s missing and what other people think of you are not only destructive but an evidence of a serotonin deficiency. Acting on these thoughts can have catastrophic consequences.

With the arrival of spring and summer, serotonin adapts to the increased light exposure. That leads to a progressive increase in well-being, happiness, and sexual desire.

Serotonin is also called the “pleasure hormone” due to the role it plays in sexual desire and sex. To achieve orgasm, the hypothalamus, the brain’s great conductor, orders the endocrine system (specifically, the pituitary gland) to release oxytocin (the love hormone). After ejaculation, it increases serotonin levels in the brain to provide a sense of peace and calm.

You probably know that physical activity releases endorphins, but did you know it also triggers the release of serotonin? Aside from the benefits to your cardio-respiratory and musculoskeletal system, activities such as yoga, meditation, spending time outside, dancing, and playing increase serotonin levels. Learning new things and changing your routine can also trigger a rise in serotonin.

In conclusion, your happiness, well-being, and peace are all related to serotonin. It’s in your best interest to do as much as you can to increase your levels. What are you waiting for?

“Peace can be a lens through which you see the world. Be it. Live it. Radiate it out. Peace is an inside job.”

Tryptophan and Serotonin: Learn Why Your Well-Being Depends on Them
Feeling good, sleeping better, fighting pain, slowing down the aging process, being motivated...These are all processes controlled by tryptophan and serotonin. Read more »
Link copied!
Interesting Articles
Wellness
Strength Is Setting Yourself Free

How much weight drags on your shoulders? How many worries take up space in your mind? In life, the only…

Wellness
How Your Emotions Make You More Attractive

We invest a lot of time into our appearance, often with the goal of projecting an image that makes us…

Zen teachings on fear are also lessons about the ego. Teachers of this particular philosophical discipline say that if the ego were an engine, fear would be its fuel. They believe that there…