Ajovy (fremanezumab) is a new drug for migraine prevention. In this article, we tell you all about what it is and how it works. 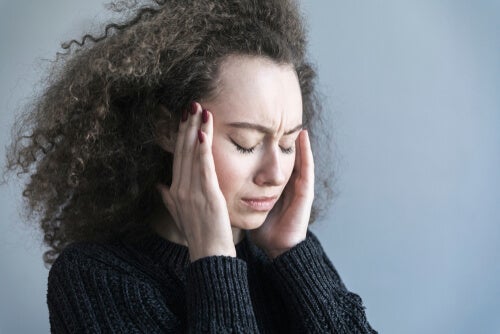 Migraine prevention is one of our society’s important challenges since it’s one of the most common disabling illnesses nowadays. That’s when Ajovy (fremanezumab) comes in. It’s a new drug that can help treat this problem.

Migraine isn’t simply a headache, it’s a neurological disease. More than 50 million people in Europe suffer from this unpredictable disorder. It’s an illness that weakens patients, both physically and mentally. It’s more common in patients between the ages of 25 to 55 and it greatly affects their quality of life. Furthermore, women are more prone to get it and it has a genetic component to it to some degree.

Doctors have labeled it as a disabling illness and experts are using more and more resources to improve its prophylaxis, not only to control it but to reduce its impact as well. However, in many cases, they can’t diagnose it or make an adequate intervention.

New therapeutic alternatives such as Ajovy are fundamental to keep making breakthroughs to treat the disease. Both migraine prevention and symptomatic treatments help reduce the burden of migraines.

This new drug has been studied in patients with disabling migraine. It has been demonstrated that Ajovy reduces up to 50% the number of days that migraine manifests in a month. Several studies also prove its effectiveness as a preventive measure.

Another drug that has been used in migraine prophylaxis is propranolol, usually sold under the name Inderal. It’s a relaxing medication also used to treat anxiety.

What’s Ajovy and how does it work?

Ajovy is the commercial brand of a monoclonal antibody: fremanezumab. It’s a solution that comes in syringes that’s used to prevent migraine in adults that suffer from it at least four days per month. It has now been approved in the United States and Europe.

Fremanezumab is a humanized monoclonal antibody. It works by attacking the calcitonin gene-related peptide (CGRP), therefore keeping it away from its receptor. Hence, drugs such as Ajovy are anti-CGRP, which is one of the most abundant neuropeptides that come from both central and peripheral neurons. It’s a powerful vasodilator and affects pain transmission.

It’s been demonstrated that CGRP levels increase during a migraine. With the neuropeptide’s release in the nerve terminals, and after it meets the receptor, there’s a release in the inflammatory mediators and powerful vasodilation.

Thus, by acting over CGRP, fremanezumab avoids the activation of the trigeminal nerve’s sensory fibers, which are responsible for pain. However, how these substances work is not yet clear to neuroscientists.

Ajovy comes in an easy-to-use syringe that’s injected under the skin. Each syringe contains 225 milligrams of the antibody. Doctors usually administrate it in monthly or quarterly doses.

This way of administration is advantageous because it greatly increases the treatment’s flexibility. In fact, with the three-month dosage, the patient has to get injections only four times per year.

Since it’s a new drug, it’s necessary to keep studying its safety and effectiveness in the long run. So, if there are any undesired reactions, the patient must contact their doctor immediately.

Curiously enough, when it comes to migraines, some treatments may not work on all patients. This is because not all migraines are the same. There are several pharmaceutical options on the market and each doctor must adjust them to every case, meaning that each treatment is entirely personalized.

Migraines and Dopamine: A Painful Relationship
Migraines and dopamine share a direct link that not everyone knows. There have been some speculations for a while regarding this relationship. Read on! Read more »
Link copied!
Interesting Articles
Psychopharmacology
Emil Kraepelin: The Father of Modern Psychiatry