The Papez Circuit Controls Your Emotions

When it's dissected, the middle-lower part of the brain has the shape of a limbus. For this reason, Paul McLean, the influential American physiologist and psychiatrist, named this circuit the limbic system. 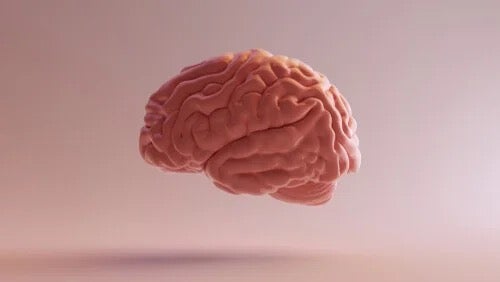 James Papez gave his name to the Papez circuit. That’s because, in 1937, Papez suggested that this circuit formed the basis of emotional experiences. The circuit consists of the hippocampus, thalamus, and cingulum. However, it seems that others had considered this system before Papez proposed it.

Authors like Paul Broca and Paul D. MacLean added other structures to the circuit of emotion. Indeed, they included the septum, amygdala, and hypothalamus as being parts of the limbic system. On the other hand, neurologist Paul Ivan Yakovlev proposed an emotional circuit that included the orbitofrontal, anterior temporal, insular, and other thalamus nuclei.

Scientists have discovered that the Papez circuit might be related, as well as emotions, to memory. Furthermore, damage to its various components is associated with Parkinson’s disease, Alzheimer’s disease, Korsakoff syndrome, semantic dementia, and global amnesia.

Who was James Papez?

James Papez (1883-1958) was an American neuroscientist. He pioneered the study of comparative neuroanatomy. In fact, he discovered a circuit in the brain of mammals that forms the basis of emotional experiences. This is the Papez circuit. This term’s now firmly established in the terminology of the medical profession.

Papez worked in an isolated laboratory at Cornell University. There, he immersed himself in the task of examining slides under a microscope. That’s how he managed to identify this particular circuit.

The Papez circuit starts at the hippocampal formation or subiculum. It then goes through the mamillary bodies and the mammillothalamic tract, also known as the Vicq d’Azyr tract. Then it makes synapses in the anterior thalamic nucleus. From there, it reaches the cingulum. It then runs through the entorhinal cortex and returns once more to the hippocampal formation. In total, it measures approximately 350 millimeters.

A proposal for the mechanism of emotion

Papez published his observations in 1937 in a historical paper titled “A Proposal of the Mechanism of Emotion”. It was published in the journal Archives of Neurology and Psychiatry. He wrote:

“The central emotive process of cortical origin may then be conceived as being built up in the hippocampal formation and as being transferred to the mamillary body and thence through the anterior thalamic nuclei to the cortex of the gyrus cinguli. It’s evident that any such doctrine will have to stand the test of experimental and clinical experience if it’s to be useful in science. The hypothalamus, the anterior thalamic nuclei, the gyrus cinguli, the hippocampus, and their interconnections constitute a harmonious mechanism that may elaborate the functions of central emotion, as well as participate in emotional expression.”

As we mentioned earlier, the concept of an anatomical substrate of emotion didn’t begin with the work of James Papez. In fact, in 1907, the neuropathologist Christfried Jakob (1866-1956) alluded to the visceral brain. Furthermore, he conceived the presence of an internal brain with emotive viscera mechanisms. This scientist based his hypotheses on experiments in the degenerative brains of dogs and monkeys. He also used autopsied materials from human brains.

When dissected, the lower-middle part of the human brain has a limbus shape. Indeed, that’s why Paul McClean, the influential American physiologist, and psychiatrist preferred to call the circuit the limbic system. Other researchers called it the Papez-MacLean circuit.

The Papez circuit and memory

Some authors have discovered that, as well as emotion, memory has its roots in the Papez circuit. They point to a strong synchronization of theta waves in the hippocampus and the anterior ventral thalamus. These waves deal with problems such as memory and learning. For this reason, various researchers have suggested that the Papez circuit might be involved in mnemonic functions. In addition, some scientists have reduced it to the realm of spatial and episodic memory.

It seems that the Papez circuit involves both emotions and memory. Furthermore, other scientists discovered it before Papez. However, the achievement is credited to Papez. Nevertheless, there’s no doubt that it’s been a determining discovery in the field of the neuroanatomy of emotion.

The Neuroanatomy of Emotions: The Limbic System
In this interesting article, discover the neuroanatomy of emotions or the limbic system. Read on to learn more about this topic! Read more »
Link copied!
Interesting Articles
Brain
Hacking of the Brain: Is it Possible?

Brain
The Neuropsychology of Aging

Brain
Learn about the Guilt Area of the Brain

The guilt area of the brain is related to shame in a very intimate way.  However, it's been proven that…