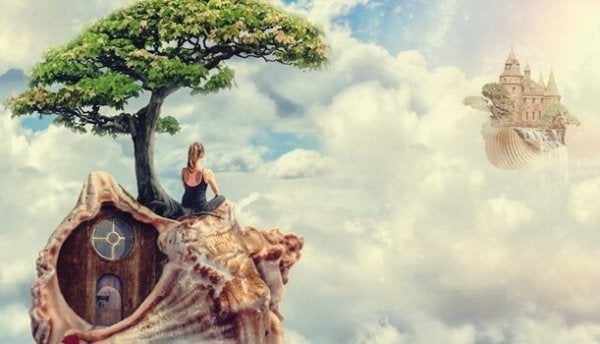 The method of loci is a very ancient mnemonic device that can train our mind in the art of storing memories. It’s based on getting our brain to relate general data to specific places, physical routes, or determined paths where we place the inputs to be able to easily remember them later on.

At first, this strategy may seem a bit basic. However, sometimes the simplest things are the most effective. In some cases, they even benefit the brain’s plasticity. Recently, the Radboud University Medical Center in the Netherlands demonstrated through electromagnetic tests that a mnemonic strategy based on the method of loci actually worked.

The method of loci consists of imagining an itinerary in which there are different objects, scenarios, and corners where to put concepts and data that we can later on retrieve from our memory.

Boris Nikolai Konrad was an example they studied. This young neuroscientist, who is the world memory champion, has been using the method of loci his entire life. He currently works in the Max Planck Institute of Psychiatry in Munich and he usually delivers conferences to show how entering the world of mental and memory strategies, such as the one offered by the method of loci, can change our brain.

The method of loci is easy, effective and, most importantly, makes us more skilled at remembering certain data. Plus, it makes our brain more resistant.

The method of loci and spatial memory

As we mentioned above, the method of loci is a very ancient technique. The development of this strategy is attributed to lyric poet Simonides of Ceos, who almost absentmindedly used a mnemonic strategy that would be used later on to make books such as The Rhetorica ad Herennium and De Oratore by Cicero.

It’s said that Simonides of Ceos had been invited to deliver a poetic recitation in Thessaly. At a given moment during the event, he was called by a servant who gave him a private message. The poet came out to the public to read the note when, suddenly, there was a violent rumble. The palace he was in collapsed.

There were multiple victims and it was all a huge disaster. The violence of the impact made it impossible to recognize the victims, but Simonides of Ceos approached the doctors to tell them not to move the bodies yet. The poet was able to identify each and every one of them by remembering where they were sitting while he was reciting.

The effective strategy was later called “method of loci”, given that loci means “place” in Latin.

The art of locating memories in specific spaces

Many of us have been practicing this technique for many years without knowing the great potential it has. When we make a grocery list, for example, a great way to remember everything we need is taking a mental tour of the supermarket, aisle by aisle, shelf by shelf.

Similarly, every student is able to remember specific data during a test by evoking the place they were in while studying that information.

These examples encourage us to discover the useful resources this technique has to offer. It’s more useful to connect one information to another than learning it by forcing our brain to do it. We should remember that we’re emotional beings and our brain likes to make analogies in order to create meaningful memories.

In fact, spatial memory activates the hippocampus, a fascinating structure linked to the creation and retrieval of a memory. At the same time, it links our emotional universes.

Don’t hesitate to create your own memory palace in which to store information so you can retrieve each item skillfully later on.

How can I apply the method of loci in my day-to-day life?

The greatest characters in literature always use the method of loci. They don’t call it by its original name. They stick to applying this mnemonic device in the most efficient way possible. For example, Sherlock Holmes and Hannibal Lecter use it a lot.

Can we apply the method of loci amid the humbleness of our own responsibilities? The obvious answer is yes. These are the steps to connect our spatial memory to our working memory or long-term memory:

Steps to apply the method of loci

The method of loci doesn’t take a lot of effort, only visualization, will, imagination, and the ability to establish connections. With this exercise, our brain will perform wonderful neural processes to develop our memory and build paths filled with information. It will make it all flow swiftly and effectively.

Many quotes by Pablo Picasso are a true breath of fresh air. No doubt the talent of this wonderful painter…

Culture
Drink Water So Your Brain Can Perform To Its Fullest

"Two liters of water per day keeps your body hydrated." Surely you have read this phrase many times. But what…

Curiosities
Why People Become More Impatient As Time Goes By