The Neuroscience of Revenge

The neuroscience of revenge points to the fact that some people enjoy punishing those who rejected them. 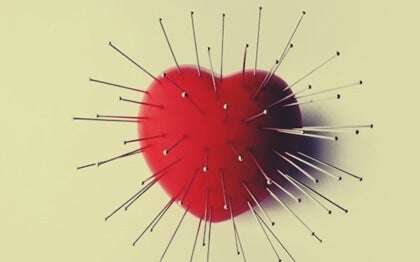 The neuroscience of revenge explains why some people don’t move on after a disappointment, a rejection, or what they interpret as injustice. They basically feed the hatred until they plan a way to strike back. Thus, instead of controlling their anger, rationalizing it, or using adequate self-regulatory mechanisms, they allow the discomfort to become chronic.

Talking about revenge can be complicated, making it difficult not to go into ethical, moral, and even legal aspects. In fact, a perpetrator must face the consequences of their punishable action. However, in that case, legal authorities must intervene, and never with violence. In today’s article, we focus more on the neurological and psychological aspects of revenge.

Here’s an example. If you’re into criminal literature, the name Ted Bundy might ring a bell. He was one of the worst serial killers in history. To this day, the exact number of victims he murdered remains a mystery. After a series of interviews and psychological and neurological tests, experts found more than just a psychopathic personality.

Bundy killed many young women during his years-long desire for revenge. The triggering factor of his behavior was the fact that his emotional partner had abandoned him. That rejection fueled an inordinate and almost savage rage in him. This led him to search for victims with the same physical traits as the woman who had left him.

Evidently, revenge is an aggressive and brutal mechanism that certain people have. To date, neuroscientists have already discovered the mechanisms and brain areas that regulate this type of drive. Needless to say, the data on the subject is incredibly interesting and revealing.

“Farewell to kindness, humanity and gratitude. I have substituted myself for Providence in rewarding the good; may the God of vengeance now yield me His place to punish the wicked.”

The neuroscience of revenge

“If you wrong us, shall we not revenge?” said Shakespeare in one of his plays. Everyone at some point in their life has experienced that same feeling. After suffering an offense, it’s almost inevitable not to want the other person to suffer the same way. Feeling this way is neurologically and emotionally normal.

However, most people will reflect on the situation and manage their emotions properly, hold back their rage, and then move on. This last process, the one that makes the desire for revenge go away, happens in the cerebral cortex, more specifically in the dorsolateral prefrontal cortex, where self-control processes are present.

But what happens in the brain of people with a vengeful personality?

The wound of rejection and injustice

The University of Geneva conducted an interesting study in 2018. Thanks to it, the neuroscience of revenge now has very solid evidence of some very striking aspects.

Where does the drive for revenge originate?

Dr. Olga Klimecki-Lenz, a researcher at the Swiss Center for Affective Sciences in Switzerland (CISA), located the brain area where vengeful feelings originate.

This last aspect undoubtedly opens up the interesting possibility of reducing violent and retaliatory behavior through magnetic stimulation. However, aggressive behaviors, such as that of serial killer Ted Bundy, depends on many other factors that the neuroscience of revenge simply can’t explain.

The fascination with the psychology of revenge

From a cultural and even psychological standpoint, revenge is quite an interesting dimension. Masterpieces such as Alexander Dumas’ The Count of Monte Cristo show that revenge is best served cold and it can take years to execute. Nonetheless, it’s important not to overlook the essential aspect of it: there’s always a lack of empathy. This is a fact that scientists such as Kevin M. Carlsmith, Timothy D. Wilson, and Daniel T. Gilbert were able to demonstrate.

Furthermore, those who feel the constant need to make others pay for what they consider an “injustice”, follow a pattern of narcissism, insecurity, trouble managing their emotions, inability to forgive, and lack of empathy.

To conclude, it’s worth reflecting on a very simple idea: everyone at some point has felt the desire for revenge. It’s the decision to remain calm and trying to move on what makes you a kind human.

The Best Revenge Is No Revenge: Move On and Be Happy
The best revenge is no revenge. The best revenge is to smile at hatred. To stifle your anger and show them that you can be happy. Read more »
Link copied!
Interesting Articles
Behavioural Biology
The Neurobiology of Addiction