The Psychology of Aggressive Behavior

Why do people behave in an aggressive way? Why are some people more aggressive than others? Is biology to blame? What about your environment? Keep reading to find out what triggers aggressive behavior. 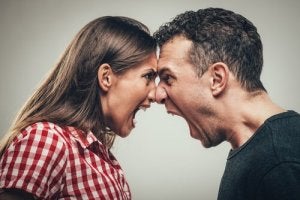 You see aggressive behavior everywhere. It is, in one way or another, part of your surroundings. You see it on the news, on the street, in social media.

Aggressiveness seems to be a natural part of life that is present in everyone to some degree. There are many different kinds of aggressive behavior and there are theories that highlight its survival value for us as a species.

The field of psychology has dedicated a lot of time and work to studying the causes, processes, and consequences of aggressive behavior. Some are hidden and some are explicit. You might come across behavior that is direct, indirect, physical or verbal, psychological or relational…

Generally speaking, there are two types of aggressive behavior: hostile aggression and instrumental aggression. The motive behind the behavior is the primary difference. They have different precedents, they predict different problems, and they are associated with different cognitive and emotional processes.

This is premeditated and cold. The primary goal is not to cause harm, though that might happen anyway. Theft could be the motive or a grab for power. This is planned aggression, whether it’s for revenge or other ulterior motives.

The biology of aggressive behavior

There doesn’t seem to be a direct correlation between genetics and aggressive behavior. It’s more the interaction between biological and environmental factors that would make you more or less prone to aggressiveness. On the other hand, aggression between human beings is socially regulated as well.

Different types of aggressive behavior appear to originate in different areas of the brain. The amygdala, the hippocampal formation, the septal area, the prefrontal cortex, and the cingulate cortex seem to modulate aggressive behavior through the connections with the medial and lateral hypothalamus.

Studies have shown that especially aggressive people can have less gray matter than other subjects. High testosterone and low cortisol levels could also have something to do with aggressive behavior. Serotonin levels also have an important part to play in displaying and controlling said behavior.

L. Berkowitz developed the cognitive-neoassociation theory of aggression based on work by Freud. His theory proposes that being unable to reach the desired goal is what triggers the aggressive impulse. That leads to a negative emotional state, which is the origin of aggressive behavior.

We also have the social learning theory from Albert Bandura. He proposes that external influences are to blame. They become a part of your behavioral repertoire because of imitation.

In other words, you start to behave in an aggressive way because you see other people doing it. This is especially true if the observer identifies with the person they are watching and considers them a peer.

These two theories were the basic jumping off point for Anderson and Bushman. They proposed integrating the two models. This third theory takes biological, environmental, psychological, and social factor into account to explain aggressive behavior.

They argue that aggressivity happens because of an interaction between the individual’s personal traits and the external stimuli that activate a series of cognitive and emotional processes.

Among the factors involved in aggressive behaviors are social instigators, non-social factors, and the individual factors or each person. Social instigators include triggers like provocation, the perception of being unjust treatment, or social rejection.

One of the non-social instigators is aggressive keys (images or objects present in the situation that activate aggressive thoughts). For example, the presence of guns or weapons. On the other hand, we have environmental stressors like heat, overcrowding, and loud noises act like triggers to aggressive behavior.

There are also cognitive factors involved. These would be rumination, moral disconnection, or the activation of scripts (outlines that represent situations that guide aggressive behavior). So, these scripts store the memory of experiences and situations that you can easily remember. You might also store up beliefs about how normal behavior should be in certain circumstances.

In conclusion, there is more than one explanation for the origin or aggressive behavior, but it’s almost certainly some combination of environmental and biological factors.

The Bobo Doll Experiment and Aggressiveness
The Bobo doll experiment is the empirical demonstration of one of Albert Bandura's most famous theories: Social Learning Theory. Learn more with us! Read more »
Link copied!
Interesting Articles
Basic Psychological Processes
What Do We Gain by Training Our Memory?