The Neurobiology of Trauma

Significant stress causes the hippocampus, which is involved in memory processing), and the amygdala (involved in emotional processing) to be flooded with the stress hormone cortisol. 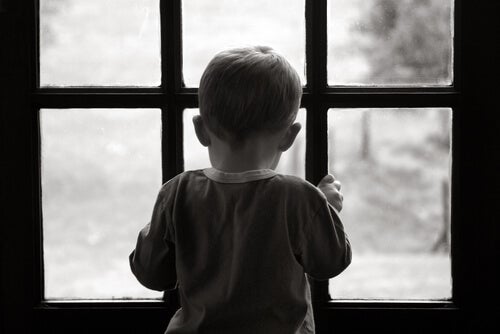 Today, child abuse is considered a public health problem. That’s why, from the past few decades, experts have been trying to understand the effects of exposure to traumatic life experiences on children’s psychopathology. That, however, raises another important question: how does trauma neurobiology develop?

In recent years, clinical research has focused on explaining the impact of traumatic, one-time events as well as exposure to neglect and chronic abuse. Different studies have shown that isolated traumatic events tend to produce responses conditioned by the memories of the event.

Meanwhile, chronic abuse or recurring exposure to traumatic events, such as exposure to repeated medical or surgical procedures, also seem to have generalized effects on neurobiological development (1). It would seem that a variety of factors contribute to the severity of the psychological damage that trauma causes to an individual’s neurobiology:

We know that traumatic events can change brain structures. Also, they compromise emotional, cognitive, and body function, which weakens patients. However, specialists still don’t have a good understanding of the neurobiology of trauma and, in spite of its prevalence, there aren’t many available educational resources (2).

In 2013, the American Psychiatric Association revised the diagnostic criteria for post-traumatic stress disorder (PTSD) in the Diagnostic and Statistical Manual of Mental Disorders. They added a new category to the manual: disorders related to trauma and stress.

Traumatic events can negatively affect emotional, cognitive, and bodily functions. That, in turn, can cause debilitating symptoms for patients (3, 4), and a PTSD diagnosis. The trauma that causes PTSD can happen either:

Significant stress causes the hippocampus (involved in memory processing) and the amygdala (involved in emotional processing) to be flooded with the stress hormone cortisol (3). The individual can’t process the traumatic experience as something that’s over (though the threat doesn’t exist that way anymore) and the memory remains active in the brain (2).

That’s why PTSD symptoms can come up a long time after the traumatic event. In fact, about 25% of people with PTSD start to experience symptoms much later (5).

The neurobiology of trauma: affected areas

The neurobiological changes that happen with trauma and vary from normal development include areas involved in homeostasis regulation. They are (6, 7):

The brainstem and the mesencephalon

Some studies show that children who suffer from PTSD or have been abused have significantly higher concentrations of dopamine and norepinephrine than test subjects who haven’t experienced abuse (18, 19).

Children who have suffered trauma have less heart rate variability than healthy subjects (20).

In general (and in contrast to cortisol studies of adults with PTSD), children with a history of trauma show significantly higher cortisol levels than subjects in the control group.

Studies show that when adults with PTSD remember their trauma, they have elevated activity in the right amygdala. In the study, lower activation in the speech centers of the brain accompanied the elevated amygdala activity (22).

It’s interesting to note that both trauma and PTSD can actually reduce the hippocampal volume in some individuals. As a consequence of these findings, Davidson and his collaborators have proposed that the impact of hippocampal participation in psychopathology can be more evident in the processing of emotional information. Therefore, children with hippocampal damage might be more likely to display emotional behavior in inappropriate contexts (23).

Other areas affected by trauma are:

The long-term effects of neurobiological deregulation due to trauma

Some characteristics of children who have experienced trauma are:

Other studies show that traumatized children are vulnerable to a whole host of physical illnesses. Similar to adults, they’re 10% to 15% more likely to suffer from cancer, heart problems, and diabetes.

During adolescence, they often engage in destructive behaviors towards themselves and others. They’re also approximately 300% more likely to have a drug abuse problem, engage in self-harm, or behave aggressively towards others (16) than their peers who haven’t suffered from trauma.

Trauma also makes it difficult for children to express what they’re going through with words. Instead, they see the world as a place fraught with dangers, which activates neurobiological systems designed for human survival, even when they’re in objectively safe situations. Thus, while children can’t talk about their traumatic experiences, their trauma will probably be expressed as an incarnation of what happened to them.

Consequently, the goal of therapy for children who have experienced trauma is to help them develop a sense of physical control. Therapists also need to stimulate their awareness of who they are and what happened to them. That way, they’ll be able to understand what’s happening in the present and stop recreating their traumatic past on emotional, behavioral, and biological levels.

Neuroscience
Magic and the Brain: How Are They Related?

The curtain opens. A magician shows the audience an empty bag. Several audience members examine the bag and declare it…