The Neurobiology of Addiction

People affected by addiction go from impulsivity to compulsivity. These two stages can also coexist, but they usually happen in that order. Read on to learn more! 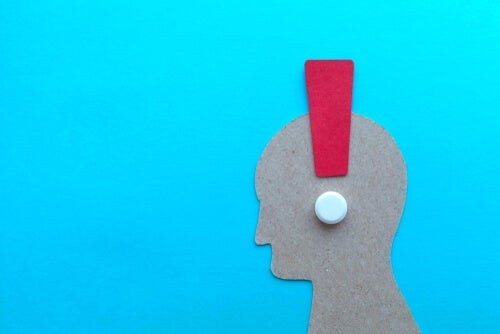 Addiction exists in many different facets of human life. The most common and well-known is drug addiction. You might define drug addiction as the compulsive behavior to find and consume drugs, loss of control to limit consumption, and a negative emotional state if no drugs are consumed. Most people are fairly familiar with the ins and outs of drug addiction. But what do you know about the neurobiology of addiction?

Some experts define addiction as a cycle with three stages: binge/intoxication, abstinence/negative emotions, and worries/anticipation (anxiety). The last stage worsens with time and causes neuroplastic changes in the reward center of the brain, stress, and executive function systems. (2-4).

Impulsivity “includes readiness to take immediate and unplanned action as a response to internal and external stimuli, with no regard for their negative consequences for themselves or the others”. (5) Compulsive behavior, on the other hand, “consists of repetitive acts that are characterized by the feeling that one ‘has to’ perform them while one is aware that these acts are not in line with one’s overall goal”. (6)

Thus, individuals who suffer from addiction go from impulsivity to compulsivity. These two stages can coexist, but they usually happen in that order. Likewise, the brain acts in a specific way in each of these two stages.

The Neurobiology of Addiction during Intoxication

Addictive drugs activate the brain’s reward centers. One primary focus in neurobiology and the gratifying effects of drugs is the origins and areas of the mesocortical pathway. These play a key role in the gratifying properties of nearly all drugs.

It would seem that intoxication with drugs or alcohol releases dopamine and peptide opioids in the ventral striatum. The rapid and pronounced release of dopamine also has a lot to do with how people feel when they’re on drugs (1).

In some primate studies, researchers discovered that dopamine cells in the brain initially fire in response to a new reward. After repeated exposure to the reward, however, the neurons stopped firing when the predicted award was received.

Instead, they fired when they were exposed to stimuli that were predictive of the reward. Thus, it seems that dopamine has an intimate relationship with how the brain seeks rewards.

The Neurobiology of Addiction during the Anticipation Stage

Scientists believe that this stage is the key to relapse for people suffering from addiction. Addiction is, after all, a chronic relapse disorder. In humans, the desire for the drug involves activation of the prefrontal cortex, including:

Addiction to cocaine or nicotine also relates to the function of the insular cortex. This area of the brain seems to have an interoceptive function that integrates the autonomic and visceral information with emotion and motivation. In fact, studies show that the insular cortex’s reactivity is a biomarker that can help predict relapse.

Lastly, during this stage, scientists believe that there are two opposite systems at play: the start system (the go system) and the stop system.

The go system might cause cravings and commitment through the basal ganglia. For example, faster discounting and craving for cocaine in cocaine-dependent people relates to better connectivity in the network that joins the medial prefrontal cortex and the anterior cingulate cortex in the ventral striatum and the network that joins the insular cortex with the dorsal striatum.

The stop system could control the evaluation of the incentive value and also the options and suppressions of the emotional response to negative emotional signals. In that system, a stop system would inhibit the go system and the system of drug cravings.

In conclusion, there are three primary circuits in the neurobiology of addiction. They correspond to what would be the protagonists: the basal ganglia, the amygdala, and the prefrontal cortex.

Physical Exercise to Help Overcome Addiction
Physical exercise has great benefits for the body and the mind. Recent studies suggest that it may also be helpful in overcoming addiction. Read more »
Link copied!
Interesting Articles
Behavioural Biology
Love and Addiction: Why Are They Connected?