Collateral Beauty: Confronting the Loss of a Loved One 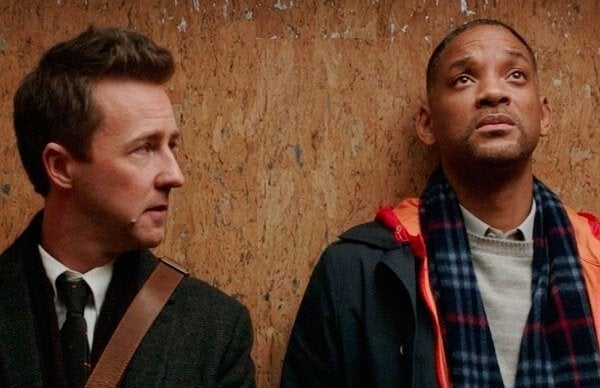 Collateral Beauty was a movie that came out in 2016 and was directed by David Frankel. The movie was highly anticipated and had an amazing cast. Just a few of the notable actors are Edward Norton, Kate Winslet, Helen Mirren, Will Smith, and Keira Knightley. But even with all that anticipation and the amazing quality of the actors, most reviews were negative.

From a critical perspective, the movie really loses itself in the melodrama. It goes for easy tears and packs in as many emotional conversations as possible. But it’s all just on the surface.

Collateral Beauty has a really interesting theme, but it falls into an extremely forced kind of sentimentalism. It’s just not believable; it’s too Hollywood. The New York holiday setting doesn’t help much either. It makes it more like a TV Christmas movie to watch with your whole family.

The idea is interesting, though, and the influence clearly comes from A Christmas Carol, by Dickens. It’s about a successful man who becomes deeply depressed after the death of his 6-year-old daughter.

His coworkers and friends try to help him by hiring three actors to pop into his life. They’re supposed to play three specific, abstract concepts: Love, Death, and Time. This part of the movie is meant to be an allegory for life. It’s like they’re showing us the fears we face with depression.

Let’s set aside the sugar sweetness of the movie, the predictable plot, and how obviously unnatural it all is. Without all that, Collateral Beauty is basically a fable about a very tragic situation.

So, in this article, we’re not going to focus on the critical side. Instead we’re going to look at the movie’s message and the psychological lessons you can get from it.

The movie starts with a motivational speech made by Will Smith’s character, Howard Inlet. He’s one of the most successful men in the publicity industry. During his speech, he talks about how there are three things that connect all human beings: love, time, and death. At one point he says, “We long for love, we wish we had more time, and we fear death.”

Just moments later, we shift into a very different present, where Howard has lost his six year-old daughter, along with his passion for his job, his friends, and life. He doesn’t talk anymore, he doesn’t show any interest in anything, and he’s almost always on the edge of tears.

But her death doesn’t just cause him to sink into a depression that keeps him from living his life. He and his wife also separate, which is very common in situations like this. There are usually a lot of things that play a part in it. For example, one person may deal with it “better” than the other, or they blame each other. One of them may never actually get over it.

The grieving process is extremely hard anyone who has to go through it. That’s even more true when they’re dealing with the loss of a child. For some people the grief gets better naturally, over time. They go through the different stages until they finally accept the situation.

But there are other people who get totally stuck. Not being able to move forward can end in a disorder. In Howard’s case, we can see he’s going through extreme depression, in a state of denial where he can’t talk about it or interact with other people.

His friends and coworkers are concerned about his emotional state. It’s hard to watch someone you love, someone who’s always been so full of life, suddenly sink and be unable to move forward with their life. That’s why they decide to help him.

Of course, they also do it because of his business, which affects them directly. So they hire a detective who finds out that Howard is writing letters to Love, Death, and Time. They’re the concepts he talked about so positively at the beginning of the movie.

Seeing that, they decide to hire three actors to play the embodiment of these three concepts. That way they can demonstrate that his mental health isn’t good enough for him to be working. At the same time, it should also help him notice the situation he’s wrapped himself up in.

The Christmas setting in the movie is important, too. It’s the time of year when people’s emotions are on edge. It’s a time to look back, a time for ghosts from the past (like in Dickens’s story), and a time to remember the people who aren’t with you anymore.

Allegories and the meaning of death

Howard’s friends are also going through their own kind of personal struggles. They all watch as he puts their jobs in danger, the only thing they have left. Whit just got divorced and his daughter hates him: he’s lost something important in his life, too.

Claire has dedicated her life to work. She never started a family and she’s worried about getting older, worried it’s too late. Simon finds out he has a terminal illness. But he has just become a father and doesn’t want to tell his family what’s going on.

The actors playing the allegorical characters (love, death, and time) create a deep connection with these other characters. Death connects with Simon and helps him accept his fate. Love connects with Whit, who tries to fix things with his daughter again. Lastly, Time connects with Claire.

The three different stories weave into Howard’s plot and his path towards acceptance. He starts to go to group therapy with other people in the same situation as him.

Death is the fate we’re all doomed to. It doesn’t matter who you are in life or how much money you have. In the end, we’re all going to die. There’s a painting that demonstrates this idea well, called Finis gloriae mundi, by Juan de Valdés Leal.

The Spanish painter shows a group of bodies decomposing, with the Bishop’s luxurious coffin contrasting starkly with the extremely bare coffins in the back. At the top of the painting, a heavenly hand is holding scales, referencing divine judgment.

The message of Collateral Beauty

Collateral Beauty shows us an absolutely successful man who has to deal with the death of his daughter. In that sense, right from the beginning the movie shows us that death is universal.

A not-so-fun fact: while shooting, Will Smith found out that his own father didn’t have long left to live. It’s yet another example of how death can turn up unexpectedly for anyone, at any time.

It’s impossible for the main character in Collateral Beauty to understand how his daughter could die before him, before she’d even been able to live her life. But the movie also shows us that even though we can measure it, time is just a perception. We have absolute freedom to use it how we want.

Then there’s love, which is the energy in everything around us, even grief. That’s the collateral beauty the movie wants you to see and understand.

“The death of a child is the greatest reason to doubt the existence of God.”

Constructive Pain: The Kind that Teaches and Connects People
There are two kinds of pain. There's one that can makes you turn inward, causes trauma, and keeps your wounds open. But constructive pain is the one that teaches you and gives you incredible strength. Read more »
Link copied!
Interesting Articles
Cinema, Television, and Psychology
The Psychology Behind the Netflix Series Mindhunter