The Most Beautiful Flower - A Japanese Fable

In this Japanese fable, the protagonist is a young girl who admires the beauty of flowers, but doesn't know how to grow them herself. The Japanese people place great value on those who master the art of cultivation, and understand that some flowers are more difficult to grow than others. 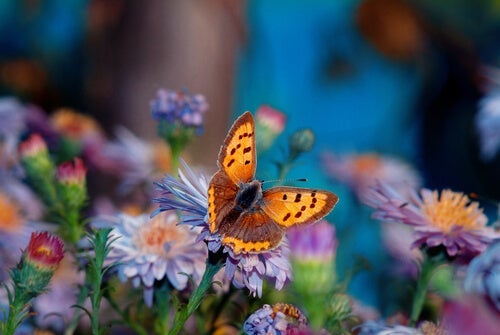 The Japanese greatly admire the ability to nurture and cultivate new things, whether it be a flower, knowledge, friendship, or any other valuable thing. The mere act of investing hours of dedication and patience in the pursuit of this art is considered a quality that merits a lot of respect. And that’s exactly what this Japanese fable is all about: the art of cultivation.

In a remote village in the Far East, there lived an old couple who were older than time itself. Both the man and his wife were almost a hundred years old. They were admired by all because they had the most beautiful garden in the world. There, they grew flowers that nobody else knew how to grow and the plants filled the air with an intoxicating aroma that could be smelled for miles around.

As the fable goes, the old couple knew that their lives would soon come to an end. Their greatest regret was that they’d have to say goodbye to their beloved garden. Not wanting to abandon their life’s work to an uncertain fate, they agreed to pass it on to the gardener that deserved it most. But who?

“The greatest mistake that each of us can make is trying to force others to acquire virtues they don’t have, rather than nurturing and cultivating the ones that they do.”

After considering the matter for several days, the couple concluded that the solution was to hold a contest for all the gardeners in the land. This was the only way to know for certain which of them was worthy of inheriting their beautiful garden. Thus, they asked the people of the kingdom to spread the news of the contest.

The old couple sent out their message far and wide: whoever wished to inherit the garden should present themselves to them later that month, on the first night of the full moon. Those who entered the competition would be given a task. How well they performed that task would determine the winner. News of the contest spread like wildfire, reaching the ears of the most prestigious gardeners in the Orient.

Now, the old couple had a maid, whose daughter loved the garden deeply, but knew nothing of gardening. When she heard about the coming contest, the maid was greatly saddened. She was sure that the winner would no longer allow her daughter to visit that enchanting place, which would break her heart.

The woman told her daughter about the contest so that she could say goodbye to the beautiful garden. However, as the fable goes, the girl had decided to take part in the contest herself, even though she had no chance of winning.

When the day of the contest arrived, all the most famous gardeners in the land were there. The maid’s daughter was also present, wishing only to see the garden one last time. Finally, the old couple emerged and informed the gardeners that they would give each of them a seed. Their task was to nurture that seed and, at the end of three months, whoever brought them the most beautiful flower would win the contest.

According to the fable, everyone was very excited, including the maid’s daughter. It was a fair contest, and each of them was going to do their best to win. The girl set about nurturing her seed the very next morning. She knew that she was at a disadvantage compared to most of the gardeners in the competition, but she believed that what she lacked in knowledge, she made up for her in her deep love of the old couple’s garden. She would do everything in her power to grow the most beautiful flower.

And yet, the days passed and her seed didn’t sprout. She watered it patiently, took it outside to sit in the sun, and let the wind blow upon it gently. Nothing. No matter how much love and care the girl lavished upon her tiny seed, nothing happened. But although she was upset, the girl was determined.

The most beautiful flower in the garden – a Japanese fable

Time passed, and the final day of the contest arrived. Despite her best efforts, the girl’s seed was the same as it had been on the very first day. Nevertheless, she still wanted to go to the contest to say goodbye to the beautiful garden she loved so much. For all she knew, it could well be the last time she would ever see it.

Gardeners began to arrive from all four corners of the land, each bringing with them splendid flowers with exquisite aromas and wonderfully bright colors. The girl was astounded. Many of the species were so rare that she had never laid eyes on them before.

One by one, the old couple began to inspect each of the flowers. They examined every one of them in detail, assessing them carefully. When they got to the girl’s seed, they barely gave it a second glance before moving on to the next.

When the time came for the final verdict, the old couple ruled that the maid’s daughter was the winner. No one could believe it. Angry voices rang out, demanding an explanation. Finally, the old couple revealed that all the seeds they had given them were sterile. The girl was crowned the winner because she possessed the flower that was the most beautiful and difficult to cultivate: honesty.

The Most Beautiful Flower of All Is Honesty
Honest people are frank, genuine, and enjoy the happiness created by coherence between thoughts and actions Read more »
Link copied!
Interesting Articles
Stories and Reflections
Surrender: A Story about the Power of the Mind

Stories and Reflections
Mrs. Edison and Her Son, a Beautiful True Story

This is a true story that took place in a small town in New York State, in Chenango County. On…