The Moral License - How Is it Used?

The moral license is a kind of credit people accumulate and many use in rather surprising ways, to say the least. 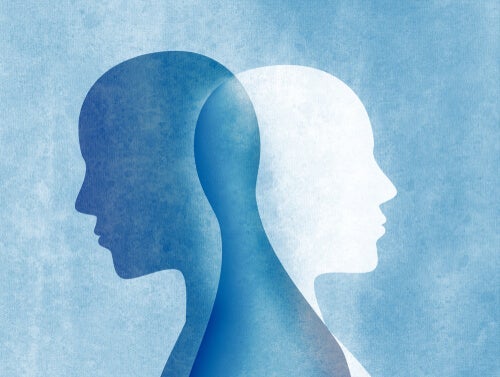 Who doesn’t like to consider themselves a good person? This is because maintaining a positive self-image is important. So what exactly drives a person to do immoral things? Well, self-licensing, also known as the moral license, could be an explanation.

The logic behind self-licensing is that one can do immoral things just because one has behaved properly in the past. Here’s an example: how many times have you said to yourself “Today, I deserve candy!” after exercising. As you can see, it consists of justifying a naughty action so you won’t feel guilty.

Here are some studies on self-licensing so you can delve deeper into the subject. In addition, you’ll understand why some people become contaminated by this effect.

“The depth and strength of a human character are defined by its moral reserves. People reveal themselves completely only when they’re thrown out of the customary conditions of their life, for only then do they have to fall back on their reserves.”

What research says about the moral license

The effect of the moral license, whereby morality allows a person to subsequently behave immorally, was the subject of many experiments. Various psychological theories of behavior highlight the desire of human beings for cognitive consistency in their thoughts, feelings, and behaviors.

A rather intriguing investigation into self-licensing talks about this desire for coherence by suggesting that people who behave in a morally commendable way feel more justified to perform a morally questionable action (Merritt, Effron and Monin, 2010).

The study observed how self-licensing leads to a broad spectrum of undesirable behavior. For instance, people displayed more harmful attitudes after remembering the socially desirable things they did in the past.

According to researchers, past good deeds can make people feel free to engage in unethical or problematic behaviors they would otherwise avoid out of fear of being perceived as immoral.

Another study conducted by Jessica Cascio and E. Ashby Plant in 2016 concluded the following regarding self-licensing:

An important contribution to what science knows about moral licenses mentions that writing about one’s own positive or negative traits can influence donations to charity. And also cooperative behavior in a common dilemma (Sachdeva, Iliev and Medin, 2009).

Based on these findings, the aforementioned authors argued that the moral license effect is best interpreted as a part of a broader framework of moral self-regulation. One in which the internal balance of moral self-esteem will determine whether one will show moral or immoral behavior. It’ll determine the costs associated with prosocial behavior as well.

In short, the authors of the study suggest that claiming a moral identity leads people to justify immoral actions. However, when moral identity is threatened, moral behavior is a means of regaining some of the lost self-esteem.

In other words, when one’s moral image is established, an immoral action is justified without fear of losing that moral image (self-licensing). However, when one is perceived as immoral by others, they’ll do positive actions to restore their moral image (moral cleanliness).

How Social Morality Helps Normalize Violence
Social morality is the degree to which people conform to the precepts of socially established morals. In our daily lives, we conform to different rules that we deem appropriate to get along with others. Read more »