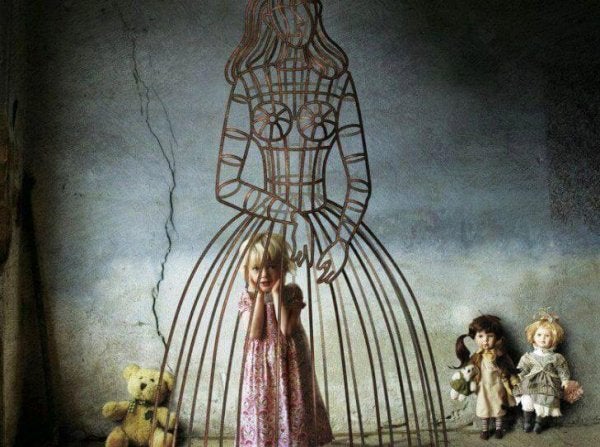 There are families with a culture of self-sacrifice. This type of family teaches its members that they “should” make sacrifices for the sake of the family. They foster the idea that an individual must put their own needs and desires after those of the family unit.

The relational principles in these types of families obey the law of “self-sacrifice for acceptance.” In other words, you have to prioritize other’s needs over your own to avoid becoming the black sheep. The affection and benefits your family provides depend on your life being a continuous chain of obligations.

Who is responsible for self-sacrifice?

We see this type of behavior primarily in parents. They are the main self-sacrifiers or martyrs. They behave according to the idea that their children’s happiness is the most important thing. The needs that their children express are what guide child-rearing.

As the family grows and this idea of self-sacrifice ages, the next generations also inherit it. All subsequent family members become responsible for caring for the family. They expect a life of sacrifice and resignation in favor of the common good.

When the parents are the ones making sacrifices

When the parents are still the self-sacrificing ones, their children can feel free to form a different vision of life. They rebel in thought, word, and deed, trying to bring a healthier perspective to the relationships.

So, just like Giorgio Nardone says, the children “beg their parents to have more fun, to go out, to travel… But the parents respond that they have no choice. If the children want to dress in style, study, have their own car, etc., then the parents have to make sacrifices. They have to give up a lot of other things.”

We can see that their vision of the world and of family revolves around a particular idea. That idea is to always prioritizing others’ needs and desires. They consider this essential to guarantee stability and acceptance from the family.

Other models of self-sacrificing families are made up of pairs of “pathological altruists” and “pathological narcissists.” In these dyads, each individual takes pleasure from the other’s sacrifices. Each member has a role, and can play the sacrifice card to have the upper hand in the relationship.

There are other, equally disturbing combinations. For example, in some families, there is a competition to see who can sacrifice the most. The sacrifice is to achieve some kind of external objective (to buy a house, for example.) They come up with the perfect excuse to avoid pleasure in the present. The goal? Increase future enjoyment.

Whatever the origin of the couple that makes up the family, these relationship patterns are negative. That’s because it diminishes the importance of self-love and health self-esteem in its members.

In the most extreme cases there are a few words that come up a lot. The words “sacrifice” and “should” make a defining impression on some people’s life philosophy. When the “pathological altruist” is a parent, that obliges the child (the pathological narcissist) to “take what he can get.” Nardone says:

“The relationships are often asymmetrical, and those who sacrifice themselves, even if they look unassuming and subjected, are often in a very strong position because, through their sacrifices, they obtain a superior position, making the others feel guilty or indebted. This creates a family game based on a system of credits and debits, shifting towards moral blackmail.”

This is kind of a type of personality pattern that subsumes the person and is immensely exhausting. In some cases, people raised in this environment have a hard time being satisfied with their need for reciprocity. That’s because they learn to let their desires take the back burner.

The negativity of self-sacrifice

People with this attitude often say things like “you don’t understand my sacrifice, if it weren’t for me…” They take on the role of the victim. Their lives are an interment. They are confined to a narrow life of always burying their own lives and interests.

In children who adopt this model of self-sacrifice for the family, the emotional legacy is an inability to enjoy the present. They take on other’s dreams as their own. They feel hopelessness, and have a hard time acquiring the self-knowledge to change their situation.

Other people try desperately to leave their suffocating family atmosphere. They can’t stand the blackmail and worry that drown their own needs. Others search constantly for change, others learn to get along, etc.

It’s important to identify these relationship patterns in self-sacrificing families. That is the first step towards personal growth and defining priorities. That is something that we should all think about every day.

The Influence of the Family on Our Self-Esteem
Our poor self-esteem can be due to a poor family life, but all is not lost. Even in adulthood we can repair the damage done and enjoy a high self-esteem Read more »
Link copied!
Interesting Articles
Psychology
What is Agoraphobia? Symptoms and Treatment

Agoraphobia is a psychological disorder closely associated with anxiety.  Agoraphobia can exist without a prior history of anxiety disorder. However, these…

Psychology
You Are Your Own Master Work, Work Hard On It

During your life on Earth, you have an important role, even if you insist on shrinking your existence through that…