The Molecular Footprint of Stress

Did you know that stress can modify your DNA to the point that your grandchildren are susceptible to certain diseases? This is referred to as the molecular footprint of stress. 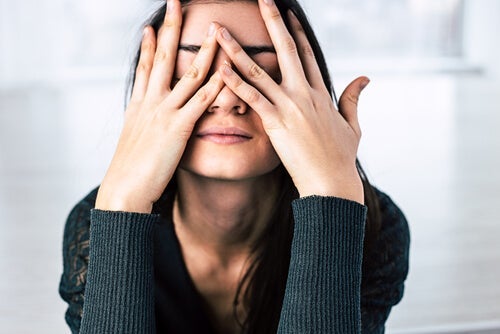 Epigenetics is a discipline that studies changes in the genome produced by environmental and hereditary factors. Thanks to it, the world is now aware that certain vital experiences modify the human genetic code. The molecular footprint of stress is one of the factors currently under study. This is because it changes the information that predisposes people to certain diseases.

Stress is a feeling of physical and mental tension that can be very harmful to health, in spite of having a fundamental adaptive role as it puts the body on alert mode. Adrenaline and cortisol levels increase when people stress out. It’s a state of overexposure that alters the response of the immune system, the digestive system, and other growth processes.

Thus, researchers around the world are studying whether these alterations are part of the genetic information somehow. Perhaps these modifications are inherited by their offspring and future generations.

“Don’t stress the could haves, if it should have it would have.”

The molecular footprint of stress

To investigate the molecular fingerprint of stress, a team from the Tufts University School of Medicine studied what happened in a generation line. What they found was that both children and grandchildren presented symptoms related to the stress their predecessor had suffered.

Similarly, they also studied the effect of post-traumatic stress, especially in pregnant women and their children. In this respect, it seems any violence experienced during pregnancy causes a different genomic activity in the DNA of babies. This is referred to as methylation, and it consists of the genome reacting to the environment by turning some genes either on or off.

This process is an evolutionary mechanism that facilitates adaptation to the environment. Therefore, one can interpret it as the genetic information of a successor changes as an adaptive response. Furthermore, it may lead to fearful or aggressive children.

A study conducted by the Indiana University School of Medicine and the Scripps Research Institute identified a number of genes that can alter the response to stress and effects on mood.

In other words, they found that people who previously suffered from significant stress or mood disorders showed a change in the expression levels of the ANK3 gene. This is related to premature aging and reduced longevity.

The molecular footprint of stress and cardiovascular diseases

Interestingly, stress is related to these medical conditions, but in addition, according to this study, this predisposition could be genetic. Specifically, those who have specific polymorphisms in the EBF1 gene are at a higher risk. This is because this gene plays a fundamental role in the development of the immune system.

In short, the molecular fingerprint of stress can not only determine the risk of future disease, but it’s also transmissible and could influence the susceptibility of your descendants. Therefore, and to relieve its short-term effects, you must know and internalize the tools that can help you manage stress.

Reducing Stress Is Key to Quality of Life
Reducing stress is fundamental to achieve a better quality of life. Would you like to know how stress influences you and how you can deal with it better? Read more »
Link copied!
Interesting Articles
Research
Victor Leborgne - A Case in Neuroscience