Epigenetics: Can Tragedies be Inherited?

These studies, that have been going on through generations, show how you can inherit tragedies, just like animals do. 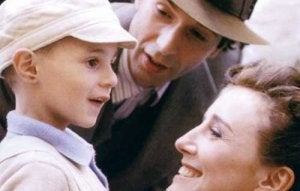 Almost every generation has gone through hardships. If not wars, then hunger, genocide, or harsh economic crisis. You know the physical and psychological consequences that people under these circumstances can develop, but do we inherit tragedies?

These negative experiences can leave a genetic trail in the sufferer and transmit it to the next generation. Studies on animals have proved so.

However, research on humans might be unethical, so it’s very difficult to establish why and how can we inherit tragedies.

Most noteworthy are the massive experiments in the field of social psychology. The results are truly revealing. These studies, that have been going on through generations, show how you can inherit tragedies, just like animals do.

Social psychology can’t determine the affected genes, but there’s a pattern of inheritance divided by genders. This is a revolutionary discovery for psychology, sociology and genetics.

Finland and the Second World War

Dr. Torsten Santavirta, of Uppsala University, found that the offspring of children that evacuated from Finland during the Second World War, had higher hospitalization rates for psychological issues than the offspring of kids who didn’t go through it.

The research showed that this only affected girls. This peculiarity might be due to the fact the mental diseases are more common in girls, than boys. But, still, the coincidence is amazing.

“The psychiatric risk that was transmitted to the next generation is worrisome and there’s a need to think through the potential risks when designing children protection policies.”

Another study, of descendants of confederate soldiers that had been in a POW camp in Georgia, has some similarities to the one done in Finland.

The children of the surviving prisoners had shorter lives than the children of other veterans of war that had not been imprisoned. Even some of them died sooner than their older siblings born before the war. This could mean that the children may have inherited their parents’ trauma.

“There’s an intergenerational transference of human features, that can occur through well known methods like genetics inheritance, cultural inheritance or inheritance of knowledge.”

The grandkids of Holocaust victims

The Mount Sinai Hospital Center, in New York, studied the genetic composition of a group of jews that had been in concentration camps and compared it to their children’s.

The study focused on a specific gene that regulates stress hormones. It found that the survivors’, as well as their children’s genes, had been affected by the inherited trauma. Separate analysis were made to rule out the possibility that the children, the second generation, might had modified the gene with a traumatic experience of their own.

There’s another inexplicable aspect of this. Just like trauma had been transmitted only to daughters, as is the case in Finland, this is the opposite with the prisoners of war. It looks like the trauma was inherited by the male children.

These studies and research are bringing up the subject of physical and mental health under a new light. It seems like we, human beings, can indeed inherit the hardships our ancestors had. Although, there seems to be more questions than answers.

When a Parent Has Paranoid Personality Disorder
Although it's not talked about, some children have parents with paranoid personality disorder. Learn more about its effects and treatment in this article. Read more »
Link copied!
Interesting Articles
Experiments
Quattrone and Tversky's Experiment on Self-Deception