The Modular Theory of Mind: How Our Brains Process Information

As opposed to previous conceptions of the brain as an 'online' information processing machine, the Modular Theory of Mind (also called Modularity of Mind) proposes a modular or compartmentalized view of mental functions, each one highly specialized and interrelated, although independent from the others. 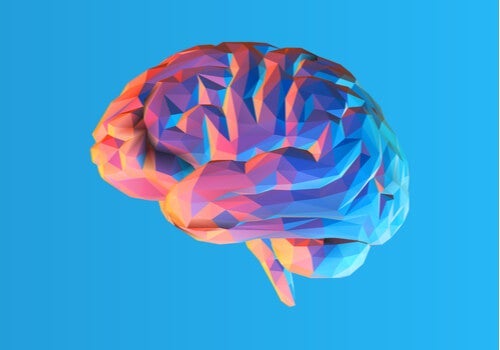 Until the last few decades of the 20th century, there was the widespread idea that the brain worked as an “online” information processor. People believed that the brain computed any incoming data globally, resulting in different forms of outgoing data. However, the Modular Theory of Mind came along and ended this idea, causing a paradigm shift.

People once took for granted that the brain was a kind of computer capable of processing only a finite set of information per unit of time. They also thought that it couldn’t process new data until it had finished the current information.

However, the Modular Theory of Mind introduced the notion of parallel or simultaneous processing. In addition to this, and, more importantly, it introduced the concept of modules.

The original vision was that the relevant brain areas processed the pieces of information one at a time. Each one was in charge of handling a specific modality of that same information in a type of assembly line. This approach changed and experts realized that the brain processed information simultaneously and independently, and combined the individual results.

Thus, we’re now faced with an alternative that is a positive step in many ways. However, it’s also meant an almost insurmountable schism in the advance of our understanding of cognition and of how our brain works. We can now see that our brain works with a system of modules and that each one of them is highly specialized.

However, neither should we understand each module as a neuroanatomically delimited brain area. The emphasis here is on functional specialization. Thus, as a result, our brain executes its processes in a modular way, but, at the same time, it can recruit different areas or different functional systems.

Let’s take the image of a flower as an example. Our brains don’t process it in a linear fashion. In other words, firstly the area in charge of shape, then size, then color, then memory, etc. On the contrary, different modules would process each part of that image at the same time. Each of these modules is responsible for dealing with every piece of information in a specialized way.

Basic concepts of the Modular Theory of Mind

Traditionally, experts studied mental functioning as a unitary process that takes action on any type of information. Thus, regardless of the modality of the information (perceptual, logical, social, mathematical, etc.), the brain would process the information as a whole. It would start with the information it received, and then process, resolve, and output the results of that information.

In the second half of the 1980s, however, Jerry Fodor, a renowned psycholinguist who people now regard as the true father of cognitive science, published a revolutionary hypothesis. He put forward the idea that the mind was made up of a set of functional modules of an innate nature. Each of them would focus on their own highly specialized activity.

“The mind isn’t a vessel to be filled but a fire to be kindled.”

We’d no longer consider the mind to be a serial and unitary computational organ in its operations. Rather, we would now understand it to be an integrated and coordinated set of specialized functions. Each of them would produce results that would then converge with all the other results.

Consequently, this would allow an effective and segregated distribution of mental subfunctions, which, in turn, would collaborate with the procedural optimization of the brain.

One way of understanding this perspective would be to use a metaphor of the different workstations on an assembly line. To manufacture a doll, for example, we don’t have workers passing the doll to each other and adding a part as they go. There are different workstations that make different parts at the same time. Finally, all these components come together in a final phase to complete the doll.

The creation of the theory

Fodor continued postulating about this matter. The end result was the Modular Theory of Mind, which served to explain mental processing that was somewhere between behaviorism and cognitivism.

He proposed that our mind’s modules activate in a similar way to our behavior or like a reflex. However, he believed that this occurs in an “inferential” way. This means that they can provide more information, and in a more flexible way, than a specific reflex would require.

As a result, the mental subfunctions would be “encapsulated”. However, at the same time, they would be “cognitively penetrable” and would be susceptible to other information and mental processes, as the second set of investigators put forward.

Essential characteristics of the modules

Fodor (1983) states that any modular system must, in whole or in part, meet certain criteria:

An observable and replicable mental phenomenon that, like many others, offers empirical support to this modular theory of mind is the so-called Müller-Lyer illusion. This illusion occurs when a person perceives a visual illusion, and, even after becoming aware that the visual information is false, is unable to stop perceiving it with its false attributes.

In this example, thanks to the encapsulation and inaccessibility of each module, created by other cognitive processes, the knowledge that the image is false doesn’t succeed in correcting the visual processing of the image.

After extracting the necessary information regarding the Modular Theory of Mind, we can conclude that the diversity of mental modules corresponds to the enormous variety of needs that arise as the individual develops cognitively in a given context.

There’s a widely accepted connectionist model of mental functioning, which maintains that mental information is processed and stored in relatively differentiated neuronal circuits. This would mean there would be neurophysiological support for the Modular Theory of Mind.

Neuronal clusters and the arrangement of neurons in networks would then be the correlates of the modules proposed by Fodor.

Finally, this model also gives room to the proven phenomenon of cerebral plasticity. In fact, the development of the mental modules would take place by virtue of this neuroplasticity from a psychophysical perspective.