Why Does the Brain Have Folds?

Why are our brains wrinkled? Why is it so important for the brain to be wrinkled? How does this affects us and what are the advantages of this? In this article, we'll try to answer these questions. 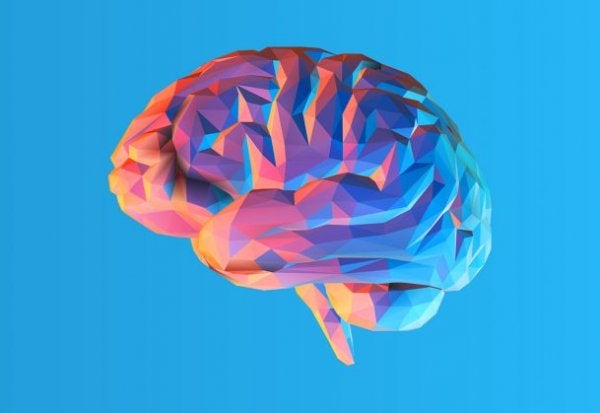 Throughout humankind’s history, humans have always wanted to know more about the brain and its parts. It’s interesting to know what each side of the brain does. Today, the brain is as interesting as ever. But why does the brain have folds?

Judging by the zoological scale, the link between neurons and learning abilities is lineal. The larger your brain surface, the better you learn. Humans have the largest brain surface and the brain has folds thanks to the cerebral gyrus. In fact, it takes up the most space in a small area.

“Language and hearing are seated in the cerebral cortex, the folded gray matter that covers the first couple of millimetres of the outer brain like wrapping paper.”

Cerebral anatomy: the differences between humans and chimpanzees

In May 2009, Scientific American featured an article by Katherine S. Pollard, a biostatistician from the University of California. She developed a computer program to compare the differences between humans and chimpanzees. The sequence with the biggest differences has 118 nucleotides, which she called HAR1, human accelerated region.

Testing using culture proves that HAR1 modulates genetic expression and it’s active in neurons involved in the development of the brain cortex. In fact, if the HAR1 activates in damaged cells, the brain develops abnormally and the brain cortex looks different.

An anatomical characteristic of intelligence isn’t just how heavy the brain is but that it has folds.

“The mind that opens up to a new idea never returns to its original size.”

How does the brain get its folds?

One of the most important characteristics of the human brain is the size of the brain cortex and its folds that look like bumps and grooves on the outside.

The neurons are on the top of the brain cortex while, on the bottom, you can find the cable that connects the neurons with the rest of the brain.

In big brains, this neural tissue layer that covers the outside of the brain is larger than the brain structure it covers. Instead of working as a balloon, it folds on itself, making the brain and skull shrink in volume.

Victor Borrel and his team have studied this line and have proved that the radial glial cell, or bRG, plays an important role in expanding the brain cortex.

Thus, the bRG is an important requirement, although not enough by itself, to create a cortex with gyrus because it creates new radial process where neurons migrate. This process expands the brain cortex.

“The human brain starts working the moment you are born and never stops until you stand up to speak in public.”

What happens when the brain doesn’t have enough folds?

Cortical folding happens in the womb. The wrinkles in the brain happen around the 20th week of pregnancy and are complete when the child’s one and a half years old.

It’s important to improve the brain’s functions and connections. Besides, it allows adjusting a large cortex into a small cranial space.

Some common pathologies include polymicrogyria, the abnormal development of too many and too small folds, where the neurons ectopically accumulate around the lateral ventricles, forming nodules that can cause epileptic episodes.

Psychological Guidance for Epileptic Patients
Epileptic patients could benefit from psychological guidance. This disease affects themselves and their families and close relatives. Read more »

Link copied!
Interesting Articles
Brain
How Many Types of Love are There?

Brain
What Happens to Your Brain Before You Die